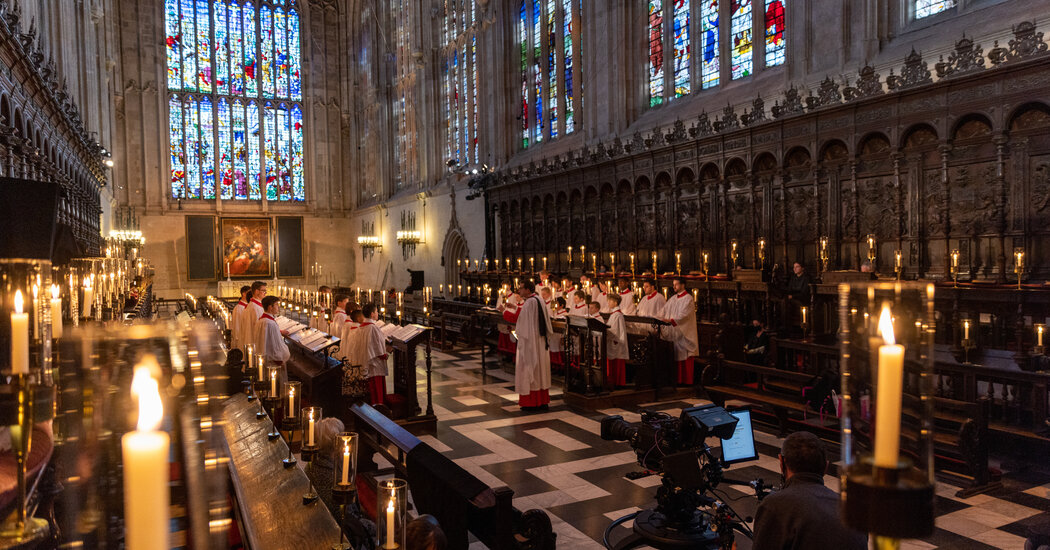 At 3 p.m., as family members arrive at her London home, she goes into the kitchen, turns on the radio and starts making a Christmas pudding — a slow-cooked, booze-soaked British dessert — while listening to the Choir of King’s College, Cambridge, perform its Festival of Nine Lessons and Carols.

That service of Bible readings and Christmas music is one of Britain’s best known festive traditions, broadcast live on radio stations worldwide, including on around 450 in the United States. A spokesman for the choir estimated that 100 million listeners would tune in.

But this year, McDowall won’t be in the kitchen. Instead, she will be sitting in King’s College’s huge Gothic chapel, listening as the choir performs “There Is No Rose,” a carol she has written especially for the event.

“It really is something significant,” McDowall said of the commission. “It must be the most people who’ve ever heard my music in one go.”

Since the early 1980s, when the Choir of King’s College began ordering up new works for the Festival of Nine Lessons and Carols, notable composers of religious music like John Tavener and Arvo Pärt have written for it, as well as more surprising names like Harrison Birtwistle, a British composer of spiky modernist pieces.

King’s is far from alone in trying to bring new carols, or at least new settings of old texts, into the Christmas repertoire. McDowall said she had written 10 carols since the 1980s, starting with a piece for a school choir. This year, in addition to the King’s commission, she wrote a setting of “In Dulci Jubilo” for the choir of Wells Cathedral in southwest England.

From Lil Nas X to Mozart to Esperanza Spalding here is what we loved listening to this year.

John Rutter, a prolific British composer of Christmas music, said in a telephone interview that this year he had also written two new carols: a setting of a William Blake poem for a cancer charity’s carol concert, and another for the Choir of Merton College, Oxford.

Carol writing for choirs was a vibrant art form, Rutter said, adding that “no form of music can afford to be a museum where you’re only listening to the songs by the dead.” New works run the gamut from “something you might sing down the pub” to “refined and elegant compositions,” like McDowall’s, he added.

Andrew Gant, the author of a book on a history of Christmas carols, said that some, like “The Holly and the Ivy,” are folk songs from before written records, but that many have surprisingly recent origins, far removed from the festive season. The music for “Hark! The Herald Angels Sing,” for instance, dates to 1840, when the German composer Felix Mendelssohn wrote the tune to commemorate the 400th anniversary of the printing press. Mendelssohn insisted the tune should never be used for religious purposes, Gant said, but 15 years later, William Cummings, a British organist, took the melody and added words from a Methodist hymn.

Many carols “are a series of happy accidents” like that, Gant said, adding that it was only in Victorian times that British composers started writing carols specifically for Christmas services.

McDowall said the King’s College choir’s music director, Daniel Hyde, had requested that her piece provide “a moment of stillness” in the service, and asked her to keep it simple, in case choir members got sick at the last minute and new singers had to be brought in.

Last December, the choir had a coronavirus outbreak in the run-up to the Festival of Nine Lessons and Carols, then decided to cancel its live broadcast entirely as Britain was plunged into another lockdown.

Hyde’s requests for an uncomplicated carol actually helped McDowall focus, she said, and the music came soon after she had found the words she wanted to use — a 15th-century hymn that tells the story of Jesus’s birth. McDowall said she had sung a setting of “There Is No Rose” by Benjamin Britten as a child and also admired a version by John Joubert. She submitted the piece in September.

McDowall said she didn’t think of her carol competing against much-loved Christmas songs like “Once in Royal David’s City,” which opens the King’s service each year. “If any composer would be intimidated by the fact there exist other carols along the same lines, it’d just get in the way,” she said.

Bob Chilcott, a co-editor of “Carols for Choirs” — a well-known compendium of Christmas music, first published in 1961 by Oxford University Press and updated regularly since — said there had “been a huge energy for writing new carols” in Britain over the past 20 years. Chilcott is in the process of selecting 50 new pieces for the next volume of “Carols for Choirs,” scheduled to be published in 2023. It might include contributions from contemporary composers like Caroline Shaw, he said.

Most composers take one of two approaches, he said. The first is meditative, “maybe to do with talking about the quietness of the night, and the baby asleep in the manager.” The second is euphoric. “It’s all about the shepherd’s rejoicing and ‘Glory to God in the highest,’” he said. Most composers also try “to write a good tune,” Chilcott added.

Rutter, who wrote a new carol for the King’s service in 1987, said his success with carols like the “Shepherd’s Pipe Carol” and “What Sweeter Music” — both sung in churches throughout the English-speaking world — was down to their memorable melodies, which seemed like they had been around for hundreds of years. He was “50 percent composer, and 50 percent songwriter,” he said.

Hyde said McDowall’s “There Is No Rose” was centered on “a beautiful cluster” of notes that “hover, like a freeze frame,” before unfurling into a tune. “The last thing you’ll hear is the original cluster we started with, echoing in the space,” he added. “I hope people will be moved by it.”

But McDowall didn’t want to say any more than Hyde. The choir likes to keep the details under wraps, and doesn’t let any recordings of the piece emerge until after it has been broadcast — by which time McDowall should be heading home to a waiting Christmas pudding. 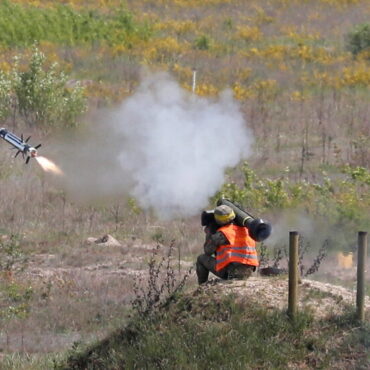 U.S. Considers Warning Ukraine of a Russian Invasion in Real-Time

“The number one thing we can do is real time actionable intelligence that says, ‘The Russians are coming over the berm,’” said Evelyn Farkas, who served as deputy assistant secretary of defense for Russia, Ukraine and Eurasia in the Obama administration. “We tell them, and they use that to target the Russians.”She said that “we’ve been nervous about that in the past.”One potential problem with providing actionable intelligence, American officials […]