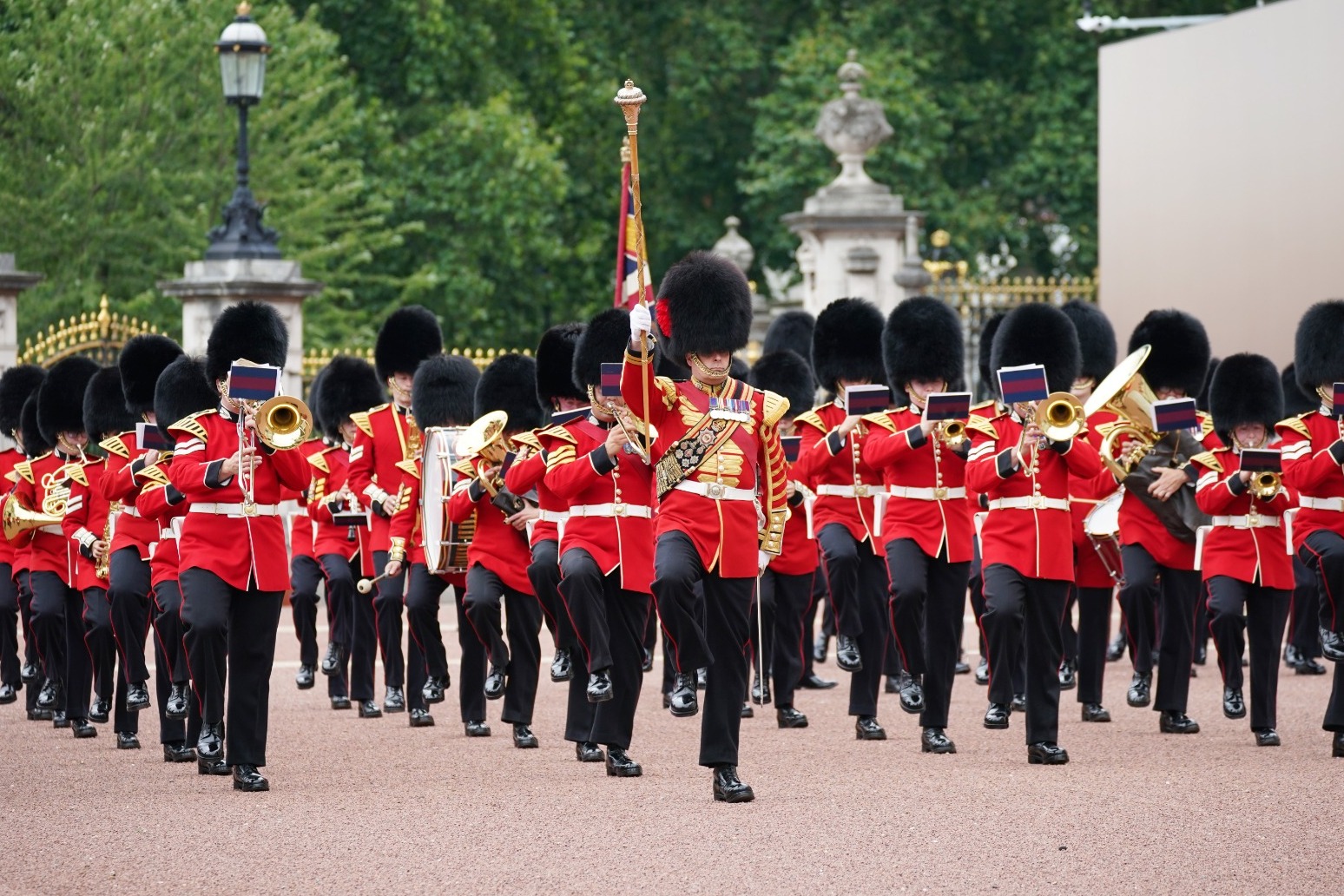 From March 2020, the Guardsmen of the Household Division stopped ceremonial activities to avoid public gatherings and help prevent the spread of Covid-19

Changing the Guard has been performed at Buckingham Palace for the first time since the start of the pandemic, with the musical backdrop paying tribute to the success of the Team GB Olympians.

The colourful military spectacle – one of the most time-honoured traditions at the Queen’s London home – was halted around 18 months ago to avoid attracting huge crowds of tourists during lockdown.

On Monday, the familiar sight returned, with the new guard, the 1st Battalion the Coldstream Guards, dressed in their scarlet tunics and famous bearskin hats, marching from nearby Wellington Barracks to the palace to take over the duty from the old guard, Nijmegen Company Grenadier Guards.

Tunes played by the Band of the Coldstream Guards in honour of Britain’s Olympic achievements included Spandau Ballet’s Gold, The Olympic Theme, Chariots of Fire, and Whitney Houston’s One Moment In Time.

The Queen was not there to witness the proceedings, being away in Scotland on her annual break at Balmoral, but scores of tourists gathered to watch.

Garrison Sergeant Major Andrew Stokes, of the Coldstream Guards, who was in charge of the ceremony’s return, said: “It’s been a long time coming.”

He added: “Bearing in mind it’s been 18 months since we last did a ceremonial Changing the Guard (at Buckingham Palace), there’s been an awful lot of hard work and preparation getting people up to standard.”

Some of those taking part in the complex parade were carrying out the duty for the first time.

“Eighteen months is a long time in the military – it’s a young man’s game – so there’ll be a lot of people on duty today that have been in the Army for 18 months but of course have never done this because we haven’t had the opportunity,” Garrison Sergeant Major Stokes said.

The Olympic medleys were chosen in “tribute to the success of our Olympians, which we’re incredibly proud of”, he added.

“The guardsmen enjoy it because lots of members of the public and tourists come and watch – sometimes up to 20,000 in the middle of summer.

“The musicians enjoy it because they get to practise their skill in front of a willing audience, and it instils an awful lot of pride knowing that all these people have come to watch these very young guardsmen and musicians.”

The prestigious Household Division of the Army carries out state ceremonial and public duties such as Trooping the Colour, the State Opening of Parliament and mounting the Queen’s Guard at Buckingham Palace, the Tower of London and Windsor Castle. 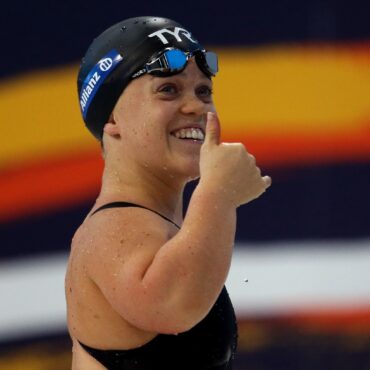 The Paralympics opening ceremony takes place on Tuesday Swimmer Ellie Simmonds and archer John Stubbs have been selected as Great Britain’s flagbearers for the opening ceremony of the Tokyo Paralympics. Simmonds is poised for her fourth successive Games having already won eight medals, including five golds. Stubbs was Paralympic champion in the individual compound event at Beijing 2008 and also claimed silver in the team compound at Rio 2016. The […]