China and the United States Join in Seeking Emissions Cuts 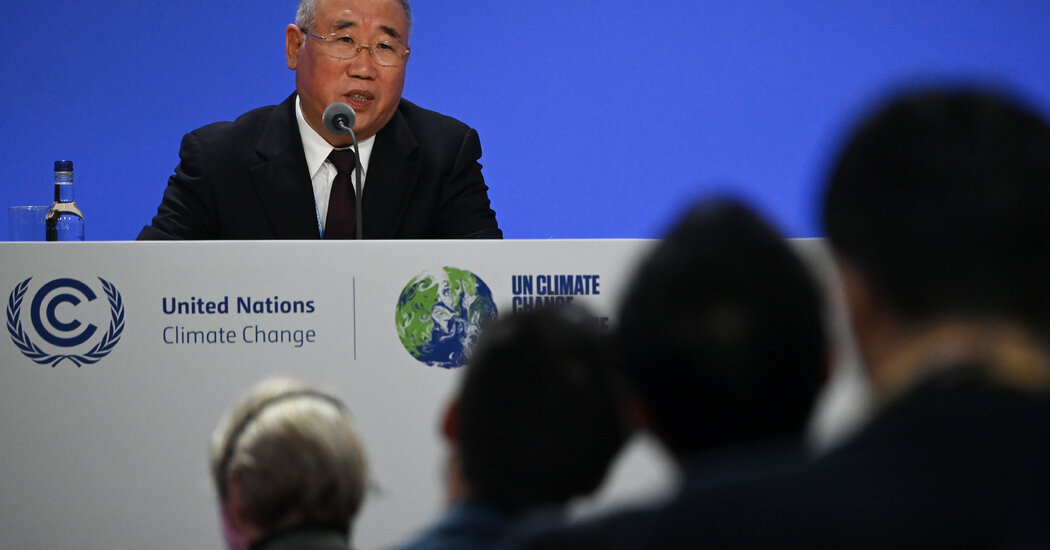 The draft “is not the decisive language that this moment calls for,” said Aubrey Webson, chairman of the Alliance of Small Island States, a group of countries that are among those most threatened by climate change.

Scientists have said that nations need to cut global emissions from fossil fuels roughly in half this decade to keep average global temperatures from rising beyond 1.5 degrees Celsius, or 2.7 degrees Fahrenheit, compared with preindustrial levels. Beyond that threshold, the risks of deadly heat waves, droughts, wildfires, floods and species extinction grow considerably. The planet has already warmed 1.1 degrees Celsius.

Negotiators here from nearly 200 countries are likely to demand significant changes to the draft as the talks enter their last, most difficult stretch. By tradition, a new global agreement requires every party to sign on. If any one nation objects, talks can deadlock.

The British prime minister, Boris Johnson, returned to Glasgow on Wednesday to urge countries to set aside differences and strike a deal. “The world has heard leaders from every country stand here and acknowledge the need for action,” he said. “And the world will find it absolutely incomprehensible if we fail to deliver that.”

But persuading nations around the world, many of which depend on fossil fuels for energy and have their own internal politics and vested interests, to move in a new direction is a herculean challenge.

Mr. Kerry said countries had no choice but to work together. “This is not a discretionary thing,” he said. “This is science, it’s math and physics that dictate the road we have to travel. And we cannot reach our goal unless everyone works together.”

Several experts said the joint pact between China and the United States fell short of a 2014 deal between the United States and China to jointly curb emissions, which helped spur the Paris climate agreement among nearly 200 nations a year later.

Written by Oscar Holland, CNNThe idea of a "15-minute city," in which residents can all reach work and leisure facilities within a quarter-hour walk -- or cycle -- of their homes, has gained significant traction among urban planners during the Covid-19 pandemic.Now, a group of architects is planning an even more ambitious neighborhood in South Korea's capital, Seoul: a 10-minute city.Dubbed "Project H1," the development is set to transform an […]