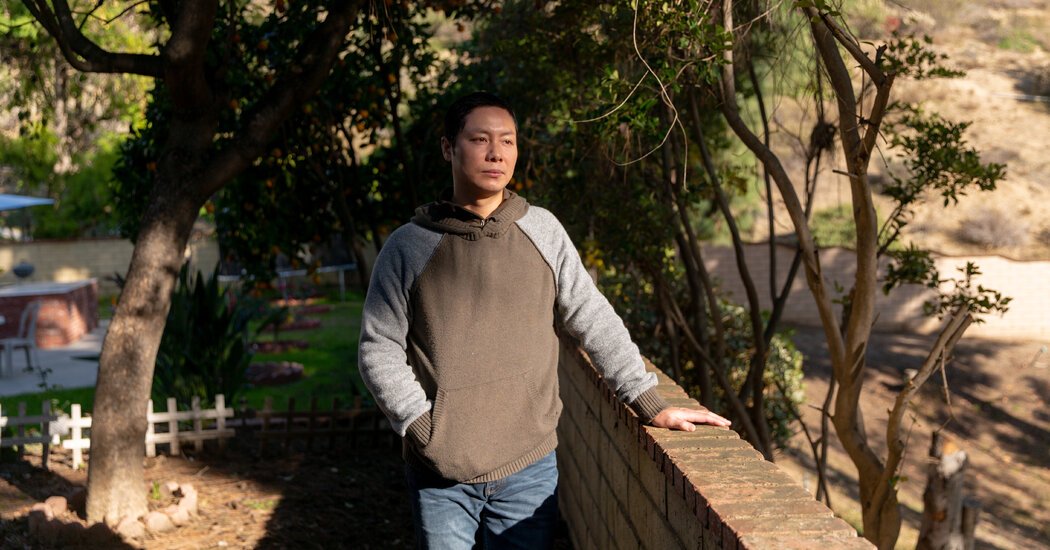 Twenty or so lawyers and activists quietly arrived at a gaudy “Nice Home Party” rental villa near the Chinese seaside. They ate takeout food, sang along to a karaoke machine and played table soccer. But they also had a serious purpose: discussing China’s besieged human rights movement.

Two years after that weekend gathering in December 2019, the two best-known attendees — Xu Zhiyong and Ding Jiaxi — are awaiting trial on subversion charges related to the gathering, according to indictments. Police and prosecutors have seized on the weekend meeting to deliver a hammer blow to China’s beleaguered “rights defense” movement of lawyers and activists seeking democratic change.

Get-togethers like this, once common among Chinese rights campaigners, have become increasingly risky under Xi Jinping’s hard-line rule. Under him, many journals, research organizations and groups that once sustained independent-minded activists in China have been dissolved.

As he prepares to extend his era in power, those who still speak out are wondering how China’s human rights movement can survive a tightening ring of monitoring, house arrest, detentions and trials.

“This shows how they’re terrified of even small buds of Chinese citizen consciousness and civic society,” Liu Sifang, a teacher and amateur musician who took part in the gathering, said in an interview from Los Angeles, where he now lives. He fled abroad in late 2019 after the police began detaining those who attended the villa get-together. Border police in China have blocked his wife from joining him, he said.

“They don’t want to allow these sprouts to survive,” Mr. Liu said, “so our little gathering has been treated as a big political incident.”

At a restaurant lunch on the second day of their two-day meet-up, some noticed people who seemed to be watching them and taking pictures. Even if they had been monitored, Mr. Liu said, most thought it would perhaps lead to brief detention and tough questioning from the police officers assigned to monitor them.

Several people who attended the weekend session in Xiamen, in eastern China, were soon detained, spending weeks or months locked up before release. One attendee, the lawyer Chang Weiping, was detained for a second time and arrested on the charge of subversion after stating on video that interrogators had tortured him during his first stint of detention.

Mr. Xu, 48, and Mr. Ding, 54, both have told lawyers that they did nothing illegal, but they face prison terms of 10 years or even longer if a party-controlled court convicts them, as seems almost inevitable. Some experts and supporters had expected they would stand trial in late 2021. That time passed without a trial announcement, however. They still are waiting for news of a hearing, possibly in the buildup to Winter Olympics, which start next month in Beijing.

While Western governments have focused on mass detentions of Uyghurs in the Xinjiang region, the prosecution of Mr. Xu and Mr. Ding highlights the Chinese Communist Party’s intense campaign against dissent all across China. Security officials have vowed to root out any political opposition ahead of a party congress later in 2022, when Mr. Xi is poised to gain another five-year term as top leader.

“He and Xu Zhiyong were so confident,” said Mr. Ding’s wife, Sophie Luo, who lives in the United States and has campaigned for their release. “That’s their faith and also their weakness, I would say. They think that history is headed toward democracy and freedom.”

By the time that Mr. Xi came to power in late 2012, Mr. Xu had already spent a decade as one of China’s best-known advocates for human rights.

Mr. Xu sometimes noted with a smile that his home county in rural central China is called Minquan, which means “people’s rights.” In 2003, he and two other Peking University law school classmates shot to prominence through a successful campaign to abolish a widely despised detention system used against migrant workers in Chinese cities.

In the following decade, he and other activist lawyers sought to awaken citizen initiative and expand rights by taking up cases that exposed the failings of China’s legal system: farmers whose land had been confiscated, prisoners who claimed torture and concocted testimony by the police, and aggrieved citizens detained in informal jails for trying to take their complaints to officials in Beijing.

“We must find a way to grow political forces that exist outside the system,” he wrote in “A Beautiful China,” a manifesto of his beliefs. The way forward, he said, was to find ways for independent social groups to “grow in the gaps of the autocratic system.”

By 2012, Mr. Ding, an engineer turned successful commercial lawyer, had joined the cause.

He and Mr. Xu turned to promoting a “New Citizens’ Movement,” which encouraged Chinese people to exercise the rights given lip service in China’s Constitution: to association, free speech and a say in government. Mr. Xu was the theorist of the cause, while Mr. Ding tended to focus on meeting supporters.

Mr. Ding and Mr. Xu seemed hopeful at first that Mr. Xi’s government would be no harsher than his predecessor. But they were detained in 2013 after promoting an open letter urging China’s most powerful officials to disclose their wealth. They were convicted in 2014, when Mr. Xu received a prison sentence of four years and Mr. Ding received three and a half.

In the years that followed, growing numbers of rights activists and outspoken lawyers were detained, and some were sentenced to prison. Still, after their release in 2017, Mr. Xu and Mr. Ding quietly renewed contacts with sympathizers. Even as Mr. Xi tightened political controls, Mr. Xu and Mr. Ding appeared carried along by hopes that party rule was more brittle than many outsiders believed.

“They just wanted to keep alive the movement,” Teng Biao, a Chinese human rights lawyer and a longtime friend of Mr. Xu’s, said in a telephone interview.

“They knew the risk was higher than before,” said Mr. Teng, a visiting professor at the University of Chicago. “But they didn’t expect that it would lead to a huge crackdown.”

In 2018 Mr. Xu, Mr. Ding and like-minded friends and acquaintances met in Shandong Province, in eastern China, to relax and discuss their cause.

When they gathered a year later in the Xiamen villa, nobody there noticed anything alarming, said Mr. Liu, the songwriter who attended.

Participants had thought they had temporarily shaken off the police officers assigned to watch them. But they were still found out.

Those rounded up included Mr. Ding, who later told his lawyer that investigators forced him to stay awake by constantly showing him an adulatory documentary about China’s leader, Mr. Xi, at an earsplitting volume for 10 days and nights.

Mr. Xu slipped into hiding, sheltered for a time by a former prosecutor in southern China.

By then, the Covid outbreak was spreading across China, stirring anger that the government had not acted sooner to stifle infections. From hiding, Mr. Xu issued a letter urging Mr. Xi to step down, arguing that he was trying to “defy the tide of history.”

He was arrested in mid-February of 2020. His girlfriend, Li Qiaochu, who spoke out about Mr. Xi’s treatment and her own secretive detention, was re-detained and formally arrested last year.

Mr. Xi now appears confident that China has largely contained Covid, while the United States, Britain and other Western countries have suffered waves of infections and deaths that have diminished their standing in the eyes of many Chinese people. His power seems entrenched, and the party has officially eulogized him as a one of its great leaders.

But Mr. Xu remains unbowed while he awaits trial in Shandong Province, said Liang Xiaojun, who was one of Mr. Xu’s lawyers until the Chinese authorities recently disbarred him, citing his comments on politics and human rights issues.

“He has the demeanor of a revolutionary — that he cannot consider anything except building a beautiful China,” Mr. Liang said of his last meeting with Mr. Xu in late November. Still, Mr. Liang added: “If they had thought that the consequences would be this serious, I don’t think they would have held that meeting.” 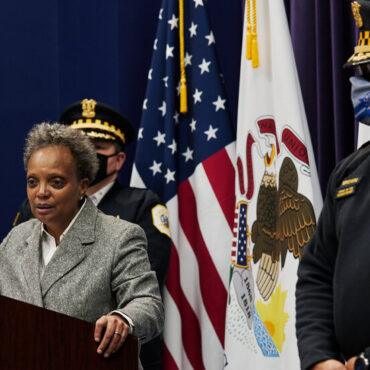 A labor standoff between Chicago educators and Mayor Lori Lightfoot showed no signs of abating over the weekend, as the mayor swiftly rejected a proposal by the teachers’ union to ramp up coronavirus testing and return to in-person instruction on Jan. 18.“The best, safest place for kids to be is in school,” Ms. Lightfoot and Pedro Martinez, the Chicago Public Schools chief executive, said in a joint statement on Saturday. […]