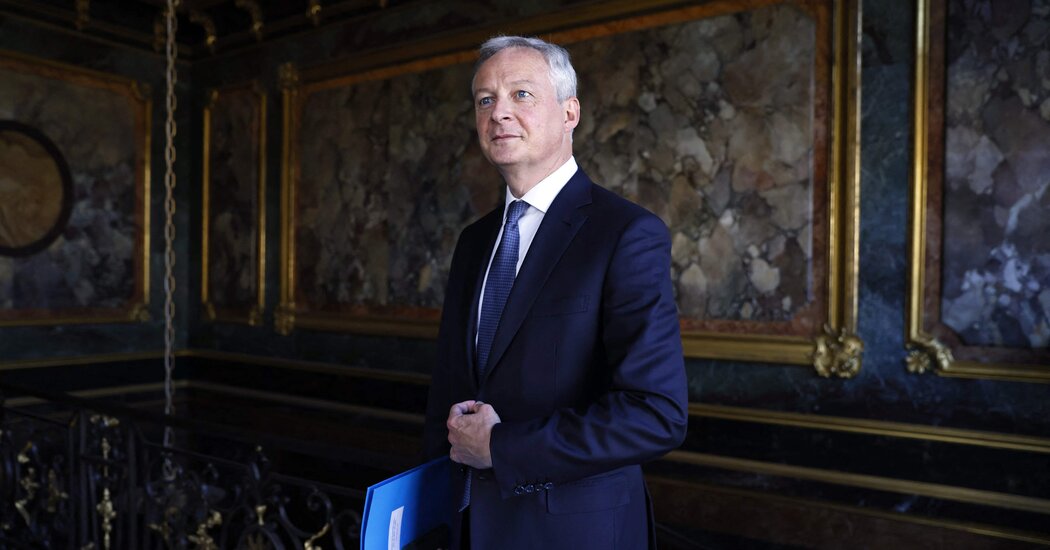 PARIS — As global finance leaders gather this week in Washington for the annual meetings of the International Monetary Fund, Bruno Le Maire, the finance minister of France, made clear that effective French-American cooperation on an overhaul of the international tax system could not mask stark differences on China and other issues.

“The United States wants to confront China. The European Union wants to engage China,” Mr. Le Maire, a close ally of President Emmanuel Macron of France, said in a wide-ranging interview ahead of the meetings. This was natural, he added, because the United States is the world’s leading power and does not “want China to become in a few years or in a few decades the first superpower in the world.”

His remarks reflected unresolved tensions that came to the surface last month in a furious disagreement between France and the United States over President Biden’s decision to provide nuclear-powered submarines to Australia. The deal replaced an earlier French contract to sell Australia conventional submarines. Mr. Macron was not informed of Australia’s plans until the last minute.

“Clearly there has been at least an important misunderstanding between France and the United States, and there has also been, I would say, misbehavior from the U.S. administration,” Mr. Le Maire said.

The key question now for the European Union, he said, is to become “independent from the United States, able to defend its own interests, whether economic or strategic interests.” Still, he added, the United States remains “our closest partner” in terms of values, economic model, respect for the rule of law, and embrace of freedom.

But with China, he said, “We do not share the same values or economic model.”

France and the United States are striving to repair the damage from the submarine deal and the French ambassador, who was recalled to Paris in protest, has returned to Washington. Mr. Macron, who will meet Mr. Biden this month, wants to see a greater American commitment to independent European defense ambitions that he says would be complementary to NATO, as well as evidence of American respect for European strategic ambitions in the Indo-Pacific region.

Asked if differences over China meant inevitable divergence between the United States and Europe, Mr. Le Maire said, “It could be if we are not cautious.” But every effort should be made to avoid this, which means “recognizing Europe as one of the three superpowers in the world for the 21st century,” alongside the United States and China.

An area where Europe and the United States have been working in lock step is on financial reform. Efforts to press the most sweeping overhaul of the international tax system in a century are nearing a breakthrough.

Finance ministers of the Group of 20 largest economies are expected to back an accord at the I.M.F. meetings as early as Wednesday, following a landmark deal last week by nearly 140 countries to create a 15 percent global minimum corporate tax and new rules that would force corporate and technology giants like Amazon and Facebook to pay an appropriate share of tax wherever they operate.

The pact, intended to crack down on tax havens that have drained countries of much-needed revenue, follows months of negotiations that have included intense behind-the-scenes lobbying by Mr. Le Maire and the U.S. Treasury secretary, Janet Yellen.

One of the biggest lingering points of contention is over metal tariffs that former President Donald J. Trump imposed globally in 2018. Officials face difficult negotiations in coming weeks. Europeans plan to impose retaliatory tariffs on a range of U.S. products as of Dec. 1, unless Mr. Biden pulls back a 25 percent duty on European steel and a 10 percent tax on aluminum.

Improving economic stability in the wake of the pandemic is crucial. Mr. Le Maire has overseen a massive aid program to steer France out of a historic recession that included generous state funding to prevent mass layoffs by subsidizing wages and relief for businesses struggling to pay their bills.

The support is now being wound down as the economy stabilizes amid widespread vaccinations. The economy is expected to grow 6.25 percent this year, while unemployment, a political lightning rod six months from a presidential election, is projected to fall to 7.6 percent by year-end, the lowest in over a decade.

The rebound is crucial as France gears up for its election in April. Mr. Le Maire said he is starting a political movement to back the re-election of President Macron.

The far right is presenting a strong challenge as Éric Zemmour, a writer and TV celebrity known for his anti-immigrant nationalism, gains ground in political polls by tapping into insecurity over immigration and fears of rising economic inequality from globalization.

But in the country where the anti-elite Yellow Vest protest movement raged for many months, starting in 2018, Mr. Le Maire acknowledged that the frustrations that fueled the mass protests could flare again in France and spread to other European countries if inequality worsens as governments try to tackle climate change by shifting away from cheap fuel to renewable energy sources.

With the price of energy needed to bridge that transition hitting record highs, “climate transition remains a risk for all of us, for all democracies, because it will be very costly — far more costly than expected,” Mr. Le Maire said.

“I really think that a new Yellow Vest movement remains possible everywhere within Europe,” he added. Securing a global tax deal will be crucial to help avoid that by bringing governments a vital source of new revenue to reduce inequality divides, he said. 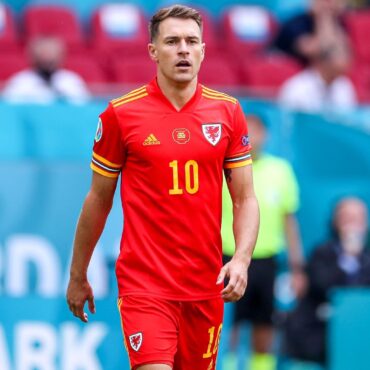 Aaron Ramsey has voiced Wales’ determination to qualify for the 2022 World Cup and “complete” their successful journey of the past decade. Wales qualified for the last two European Championships – reaching the semi-finals in 2016 and the last 16 this summer – but have not played at a World Cup since making their only appearance at the tournament in 1958. The Dragons, who visit Estonia in World Cup qualifying […]