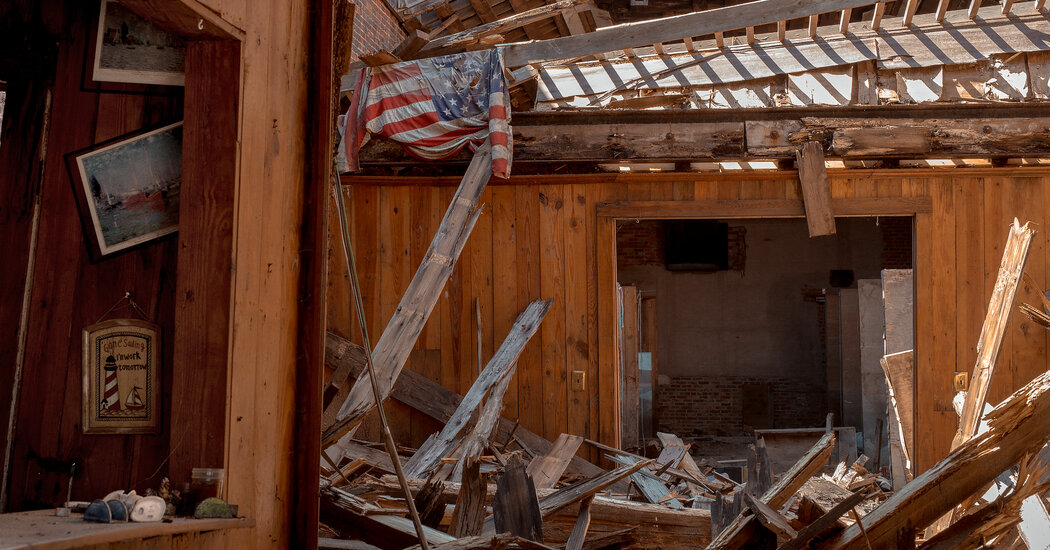 Fair Bluff is a small North Carolina town in an idyllic setting, amid cornfields and tobacco fields and alongside the verdant Lumber River. But Fair Bluff’s setting may also be dooming the town.

Like much of eastern North Carolina, it sits on a coastal plain, one that is increasingly vulnerable to flooding because of the rise in extreme rainfall and severe hurricanes spurred by climate change.

This summer, my colleague Christopher Flavelle traveled to Fair Bluff to see how it was recovering, and the answer is: not well. The high school, the grocery store and other shops never reopened after Matthew. Downtown storefronts sit vacant, with trash strewn about. The only local factory closed, too. The population, about 1,000, fell by half. Al Leonard, a town official, says the town may soon eliminate the police department — as well as his job.

“What started as a physical crisis has become an existential one,” Christopher writes.

Fair Bluff offers a worrisome glimpse into the future. The increasing frequency of extreme weather has left countless towns, in the U.S. and around the world, vulnerable to both physical devastation and economic insolvency.

In California, wildfires have destroyed much of several towns, including Greenville and Paradise. In Florida, a 2018 hurricane wrecked more than 80 percent of the homes in Mexico Beach. In Colorado, Boulder County has sued Exxon Mobil and another oil company over a devastating 2010 fire, saying that they should “use their vast profits to pay their fair share of what it will cost a community to deal with the problem the companies created.” And in Louisiana, North Carolina and other states, flood-prone towns like Fair Bluff are withering.

“Their gradual collapse means more than just the loss of identity, history and community,” Christopher explains. “The damage can haunt those who leave, since they often can’t sell their old homes at a price that allows them to buy something comparable in a safer place.”

Many towns try to start again, often with help from government money. Fair Bluff is among them, with town officials hoping to rebuild downtown in a less flood-prone area and attract new businesses. Yet some residents have understandably decided to leave, also with help from government money. Rebuilding isn’t just expensive; it also often involves investing in a place at obvious risk of future destruction.

As the journalist Alexandra Tempus recently wrote for Times Opinion:

We are now at the dawn of America’s Great Climate Migration Era. For now, it is piecemeal, and moves are often temporary. … But permanent relocations, by individuals and eventually whole communities, are increasingly becoming unavoidable.

Some of the destruction from climate change is now unavoidable. The Earth has already warmed too much and will continue warming in the years ahead because of greenhouse gases. But there is still a very wide range of outcomes, from unpleasant if often manageable to truly horrific.

The House and Senate are putting together legislation meant to slow climate change, partly by subsidizing the use of clean energy and penalizing the use of dirty energy. To pass, the bill will need nearly unanimous Democratic support; congressional Republicans have signaled that they are likely to oppose it universally. Climate experts believe the bill could have a significant impact on greenhouse-gas emissions, especially in the electricity sector.

For some places, though, it may already be too late to avoid a bad outcome. One of them is Seven Springs, N.C., a town about 100 miles northeast of Fair Bluff that Christopher also visited this summer. After each major flood in recent years, more people have left, and the tax base has shrunk further. Today, the town’s population is down to about 55.

Stephen Potter, the mayor, is hoping to replace some of the lost property tax by turning an empty lot into an overflow parking lot for some of the R.V.s that visit a nearby state park. “I really don’t want to be the mayor that presides over the death of Seven Springs,” Potter said.

For more photos from Seven Springs and Fair Bluff — as well as reporting from Princeville, N.C., the first town in America chartered by freed slaves, which is also threatened — click here.

The latest on extreme weather:

Designers cover the fridges with custom wood that blends in with a kitchen’s cabinetry. They resemble “the imaginary dragons of childhood fantasy in that they are both invisible and enormous,” Caity Weaver writes in The Times.

Cabinets, too, are becoming refrigerators. Often located in kitchen islands, small built-in drawers store wine, drinks and fresh produce. “They like to have lots of beverages,” said Shannon Wollack, the founder of an interior design firm whose clients include many people in the entertainment industry. “A lot of it is beverages.”

Wealthy people want to hide their appliances, designers said, because kitchens are rooms for casual congregation. As a result, they furnish them like living rooms, with art and expensive lighting. “Kitchens used to be concealed,” Wollack said, adding, “It was like the work space. And now, kitchens are more of a lifestyle.” — Sanam Yar, a Morning writer

The superhero movie “Shang-Chi and the Legend of the Ten Rings” offers “a protagonist who can’t compete with the more fascinating characters around him,” Maya Phillips writes in a review.

“Intellectual 20-somethings discussing their vexed feelings for one another is a road made mostly of potholes,” John Williams writes in a review of Sally Rooney’s new novel. “Rooney avoids almost all of them.” 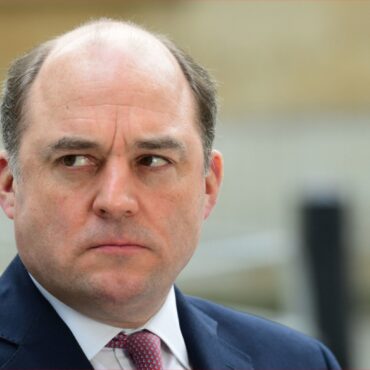