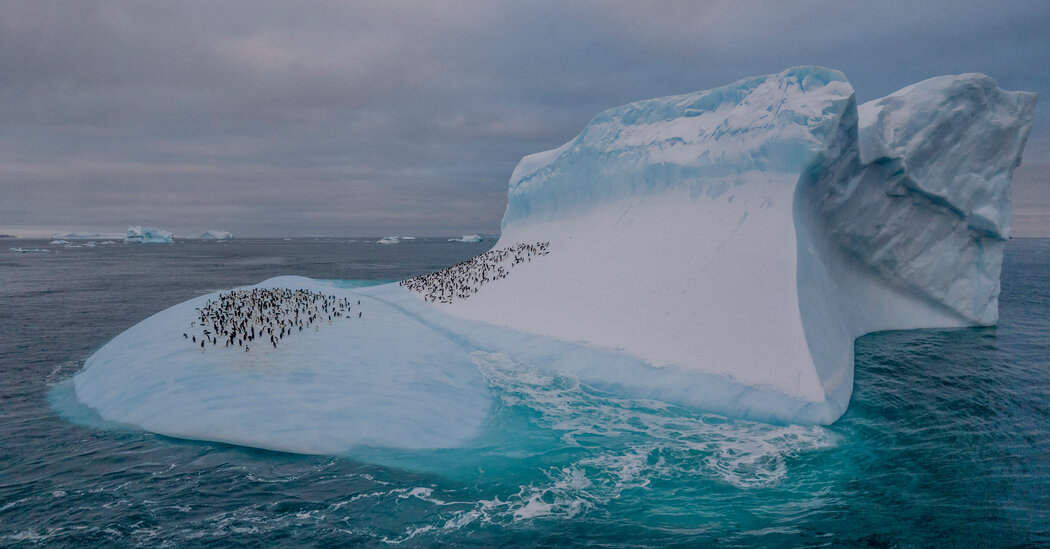 Adélie penguins have had a rough time of it on the western side of the Antarctic Peninsula, where warming linked to climate change has occurred faster than almost anywhere else on the planet. That and other factors have led to sharp declines in Adélie populations in recent decades.

But on the eastern side, it’s a different story.

“It’s just a complete train wreck on the western side of the peninsula,” said Heather J. Lynch, a statistical ecologist at Stony Brook University who studies penguin populations and how they are changing. “But on the eastern side, the populations are stable and quite healthy.”

Dr. Lynch uses satellite imagery in much of her work, but also organizes penguin-surveying expeditions to the peninsula, the northernmost part of the Antarctic continent. On the latest one, in January, three of her current and former doctoral students did the counting, at islands on the eastern side of the peninsula in the Weddell Sea.

Their work showed that Adélie populations there have changed little since previous counts taken over the last two decades. That suggests that as global warming continues and Adélie populations decline in other parts of the continent, the Weddell may remain an important refuge for the birds.

The Weddell Sea is notoriously icy, a function of a rotating current, or gyre, that keeps much of the pack ice within the sea for years. The ice makes it difficult for most ships to navigate. (The Weddell is where the explorer Ernest Shackleton’s ship Endurance was crushed by ice a century ago. The wreck was found last month.)

Over the years, Dr. Lynch’s students have done penguin surveys from “ships of opportunity,” often sailing on cruise ships in return for giving lectures and otherwise helping out. On the Antarctic Peninsula, those ships usually stay on the western side, and regulations limit shore visits to a specific set of colonies.

The January trip was aboard a Greenpeace vessel that ventured around the tip of the peninsula into the northwestern Weddell. “It’s somewhere that we’ve wanted to get to,” Dr. Lynch said. “A lot of these colonies had not been visited in a very long time, if ever.”

The three researchers — Michael Wethington, Clare Flynn and Alex Borowicz — used drones and hand-counting to determine the number of chicks at colonies on Joinville, Vortex, Devil and other islands.

Hand-counting takes time, said Ms. Flynn, a first-year doctoral student at Stony Brook. Counters identify a specific area within a colony — perhaps a grouping of nests, or an area delineated by the birds’ walking paths — and count all the chicks within it three times to ensure accuracy. At Penguin Point, a particularly sprawling colony on Seymour Island that is home to 21,500 chicks, the counting took two days. (Adélies normally produce two chicks per breeding pair each year.)

“It does get tedious, counting them three times over,” Ms. Flynn said. “But it’s just such an amazing place to be and such an amazing job to be doing.” And the birds can be entertaining, she said, like when a hungry chick furiously chases after a parent demanding food.

Adélies are among the most numerous of the penguin species found in Antarctica, with an estimated 3.8 million breeding pairs at colonies all around the continent. They use their beaks to gather small stones to make nests on dry land. Chicks hatch around November, late in the Southern Hemisphere spring, and the parents take turns guarding them and foraging for food that they regurgitate for their offspring. Antarctic Peninsula Adélies are choosy about their diet: They eat only krill, a small crustacean, although elsewhere they also eat fish.

Krill and ice, or the lack of both, are at the root of the Adélies’ problems on the western side of the peninsula, which has been warming in part as a result of atmospheric circulation patterns originating in the warming tropics. Krill flourish in cold, icy conditions, so as warming has caused sea ice to decline, krill have become less abundant as well.

That leaves Adélies without enough of the food they need for themselves and their chicks. “The fact that they’re such picky eaters on the peninsula is to their detriment, because they’re very much tied to the health of the krill population,” Dr. Lynch said.

Populations have declined by as much as 90 percent in some parts of the western side, and Gentoo penguins, distinguishable by their bright orange beaks, have largely taken over. “They’ll eat anything, they’ll breed anywhere,” Dr. Lynch said of Gentoos. “I think of them like the urban pests of the peninsula.”

As the world continues to warm, models suggest that the Weddell, and the Ross Sea in West Antarctica, will be the last places to become unfavorable to Adélies.

The Weddell has also been proposed as a marine protected area under the Antarctic Treaty, which would further protect the penguins and other life there, from human activities like krill fishing, especially as ice cover declines from warming and the area becomes more accessible. “As scientists, we want to map out where all the important biology is” for that effort, Dr. Lynch said.

The finding that populations are stable “doesn’t mean that climate change isn’t happening in the Weddell Sea,” she said. “It just means that by virtue of the oceanography it remains cold and icy and exactly the kind of place where these Adélies need to live.” 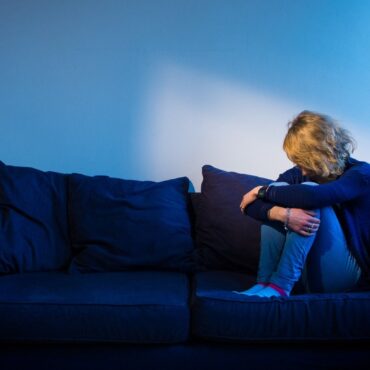 The Government needs “much more ambition and focus” to tackle the “shocking collapse” in rape prosecutions, according to a group of MPs. The “unacceptably low” numbers of suspects being taken to court for rape and sexual offences will continue “without stronger reforms” to the criminal justice system and they “will require significant funding to make an impact”, according to the Commons Home Affairs Committee. Police forces in England and Wales […]