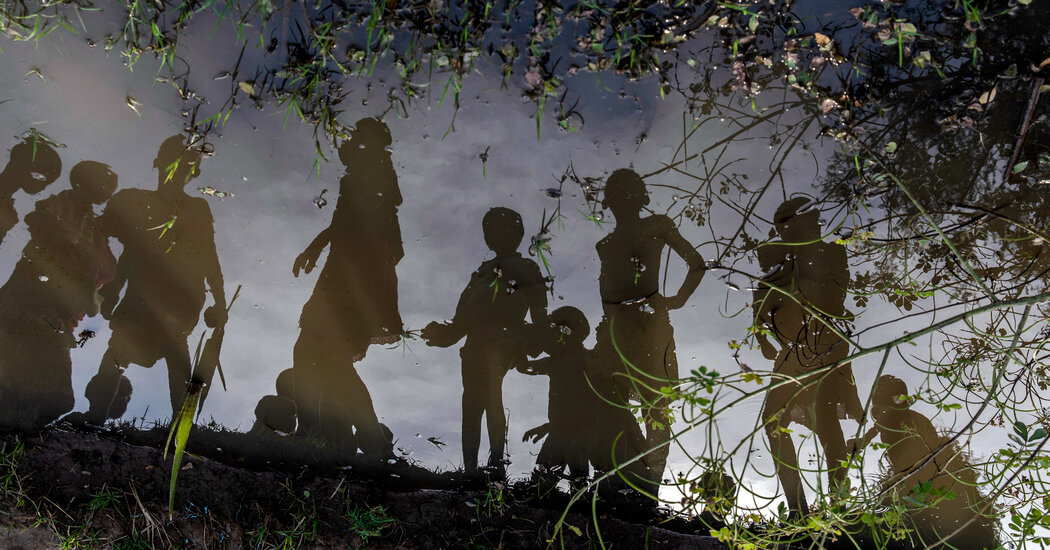 Among the headline-grabbing wildfires, droughts and floods, it is easy to feel disheartened about climate change.

I felt this myself when a United Nations panel released the latest major report on global warming. It said that humanity was running out of time to avert some of the worst effects of a warming planet. Another report is coming tomorrow. So I called experts to find out whether my sense of doom was warranted.

To my relief, they pushed back against the notion of despair. The world, they argued, has made real progress on climate change and still has time to act. They said that any declaration of inevitable doom would be a barrier to action, alongside the denialism that Republican lawmakers have historically used to stall climate legislation. Such pushback is part of a budding movement: Activists who challenge climate dread recently took off on TikTok, my colleague Cara Buckley reported.

“Fear is useful to wake us up and make us pay attention,” Katharine Hayhoe, a climate scientist at Texas Tech University, told me. “But if we don’t know what to do, it paralyzes us.”

In a climate change-focused survey of young people in 10 countries last year, 75 percent of respondents said the future was frightening. Some people now use therapy to calm their climate anxieties. Some have drastically changed their lives out of fear of a warming planet — even deciding not to have kids.

Climate change of course presents a huge challenge, threatening the world with more of the extreme weather we have seen over the past few years. And the situation is urgent: To meet President Biden’s climate goals, experts argue, Congress must pass the climate provisions of the Build Back Better Act this year.

But rather than seeing the climate challenge as overwhelming or hopeless, experts said, we should treat it as a call to action.

The world has made genuine progress in slowing climate change in recent years. In much of the world, solar and wind power are now cheaper than coal and gas. The cost of batteries has plummeted over the past few decades, making electric vehicles much more accessible. Governments and businesses are pouring hundreds of billions of dollars into clean energy.

That is not enough to declare victory. The standard goal world leaders have embraced to avoid the worst consequences of climate change is to keep warming below 1.5 degrees Celsius by 2100. Unfortunately, that does look increasingly unreachable, experts said.

But every drop in degrees matters. One-tenth of a degree may sound like very little, but it could save lives — by preventing more wildfires, droughts, floods and conflicts over dwindling resources.

And while the best outcome now seems doubtful, so does the worst. Scientists have long worried about runaway warming that generates out-of-control weather, leaves regions uninhabitable and wrecks ecosystems. But projections right now suggest that scenario is unlikely, said Michael Mann, a climate scientist at Pennsylvania State.

Experts and advocates want to capture legitimate concerns and funnel them into action. The world’s governments and biggest businesses have set goals to reduce greenhouse emissions in the coming decades, but they will need the public’s help and support.

One model for this is road safety. Drivers can reduce their chances of crashes by driving carefully, but even the safest can be hit. The U.S. reduced car-crash deaths over several decades by passing sweeping laws and rules that required seatbelts, airbags and collapsible steering wheels; punished drunken driving; built safer roads and more — a collective approach.

The same type of path can work for climate change, experts said. Cutting individual carbon footprints is less important than systemic changes that governments and companies enact to help people live more sustainably. While individual action helps, it is no match for the impact of entire civilizations that have built their economies around burning carbon sources for energy.

The need for a sweeping solution can make the problem feel too big and individuals too small, again feeding into despair.

But experts said that individuals could still make a difference, by playing into a collective approach. You can convince friends and family to take the issue seriously, changing what politicians and policies they support. You can become involved in politics (including at the local level, where many climate policies are carried out). You can actively post about global warming on social media. You can donate money to climate causes.

The bottom line, experts repeatedly told me: Don’t give up on the future. Look for productive ways to prevent impending doom.

The Sunday question: Could the Ukraine war prompt Putin’s ouster?

Russian casualties, antiwar protests and the pain of economic sanctions have weakened his hold on power, Andrea Kendall-Taylor and Erica Frantz write in Foreign Affairs. Adam Casey is more doubtful, arguing in Foreign Policy that Putin’s control over Russia’s elite and security services has largely “coup-proofed” him. 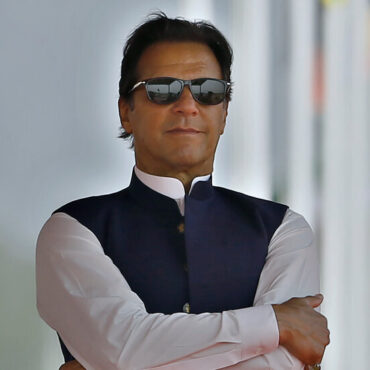 Follow the latest news on Imran Khan and Pakistan’s political turmoil.ISLAMABAD, Pakistan — Less than a day from a no-confidence vote that will almost certainly remove him from office, Prime Minister Imran Khan of Pakistan said that he would not accept the result of the vote, dismissing it as part of an American conspiracy against him and setting the stage for the country’s political crisis to drag on far beyond […]