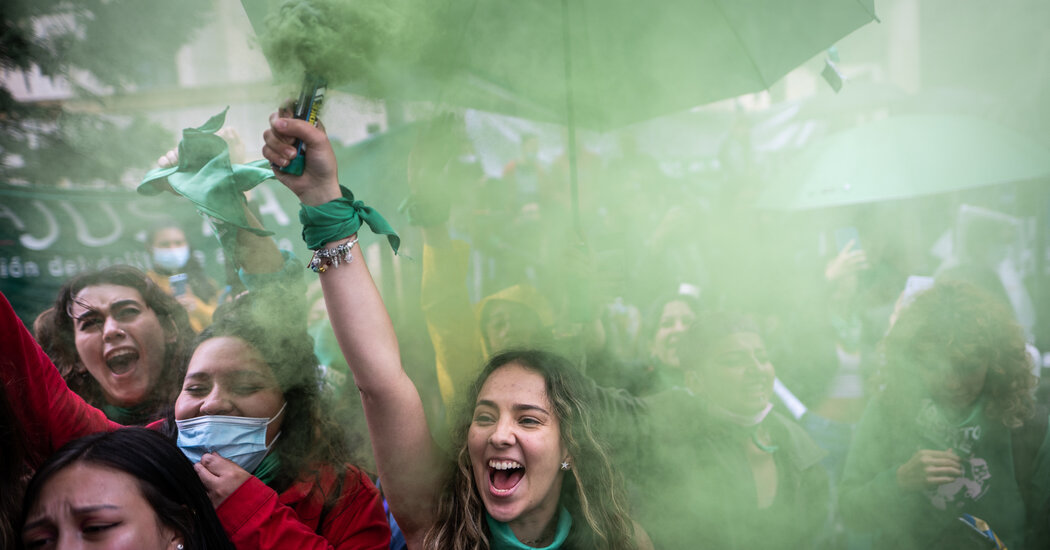 BOGOTÁ, Colombia — Having an abortion is no longer a crime under Colombian law, the country’s top court ruled on Monday, in a decision that paves the way for the procedure to become widely available across this historically conservative, Catholic country.

The ruling by Colombia’s Constitutional Court follows years of organizing by women across Latin America for greater protections and more rights, including access to abortion, and significant shifts in the region’s legal landscape.

Mexico’s Supreme Court decriminalized abortion in a similar decision in September and Argentina’s Congress legalized the procedure in late 2020. Colombia’s decision means that three of the four most populous countries in Latin America have now opened the door to more widespread access to abortion.

It also comes as the United States has been moving in the opposite direction, with abortion restrictions multiplying across the country, and the U.S. Supreme Court considering a case that could overrule Roe v. Wade, the 1973 ruling that established a constitutional right to abortion

“This puts Colombia on the vanguard in Latin America,” said Mariana Ardila, a Colombian lawyer with Women’s Link Worldwide, part of the coalition that brought one of two cases challenging the criminalization of abortion. “This is historic.”

The court’s decision decriminalizes abortions in the first 24 weeks of pregnancy, and means that any woman should be able to seek the procedure from a health professional without fear of criminal prosecution. It also sets the stage for the Colombian government to regulate the process further.

The move is part of a cultural sea change across Latin America, spurred by grass-roots feminist movements and a younger, more secular generation.

In a region historically known for its Catholic faith and social conservatism, a growing push for women’s rights and abortion access gained prominence a little more than a year ago when Argentina became the largest nation in Latin America to legalize abortion.

Soon, abortion rights supporters across the region, from Mexico to Paraguay, Brazil to Colombia, were wearing or brandishing green handkerchiefs — the symbol of Argentina’s abortion rights movement — to show their solidarity with women’s sexual and reproductive rights. The handkerchiefs became symbols of the work that women’s rights lawyers and activists had been doing more quietly for years.

The Argentina decision reverberated across Latin America, showing that it was possible to legalize abortion in countries with strong Catholic and evangelical Protestant beliefs and a history of patriarchal ideals.

In September, Mexico’s Supreme Court ruled that it was unconstitutional to make abortion a crime, helping to clear the way for the legalization of the procedure in the country of about 130 million people.

The Constitutional Court magistrates in Colombia considered over the past few months two petitions that challenged the portion of the penal code that made abortion a crime.

In one, a lawyer named Andrés Mateo Sánchez Molina said the measure violated rights protected by the Constitution, including the right to human dignity, freedom and equality.

In another, brought by Causa Justa, a coalition of abortion rights groups, lawyers argued that criminalization had cast abortion in such a negative light that it prevented even women with a legal right to an abortion from getting one.

In some cases, the coalition said, the existence of the criminal penalty led health professionals to deny the procedure to women who qualified for it. In others, women avoided seeking abortions in legal health centers out of fear they would be jailed, instead seeking risky alternatives in underground clinics.

“These barriers affect mainly women living in rural and remote areas, low-income women, adolescent girls, women and girls living in situations of armed conflict and victims of gender violence, including physical and sexual violence,” representatives of Causa Justa wrote in a summary of their petition. Making the procedure a crime in most circumstances, they argued, was therefore unconstitutional.

Ultimately, the court decided to hear the Causa Justa case first. The second case will be heard at a later date, but the first decision cannot be reversed.

Hundreds of abortion rights supporters and dozens of their opponents stood outside the courthouse in Bogotá awaiting a decision on Monday afternoon.

In recent months, both sides have carried out dueling public campaigns to try to sway the decision, and their rallies came to symbolize the country’s cultural divide on the issue.

Women in the crowd danced with green handkerchiefs over their head as the news moved through the crowd, prompting Jonathan Silva, 32, to walk away angrily. An evangelical Christian who works for Unidos Por La Vida, an anti-abortion organization, Mr. Silva said the court had overstepped its power and it was a decision that should be made by elected officials.

“What they’re decriminalizing is the killing of human beings,” he said.

Until now, abortions had been legal only in limited circumstances, laid out by a 2006 Constitutional Court decision: when a woman’s health was at risk, when a fetus had serious health problems or when a pregnancy resulted from rape. Anyone else who had an abortion — or who helped a woman obtain one — could be sentenced to 16 to 54 months in prison.

Abortion rights activists often said that this legal landscape created a two-tier system: Wealthier women in cities could get an abortion because they knew how to use one of the exceptions laid out in the law, while poorer women with less education had limited knowledge or means to do so.

Prosecutors in Colombia open about 400 cases each year against women who have abortions or people who help them, according to the attorney general’s office. At least 346 people have been convicted in such cases since 2006.

Nearly all of these abortion-related investigations have been in rural areas, involving girls as young as 11, according to researchers with Causa Justa.

Illegal abortions can be unsafe and cause about 70 deaths a year in Colombia, according to the country’s health ministry.

A recent survey by the nonpartisan firm Ipsos found that while 82 percent of Colombian respondents supported abortion in some circumstances, just 26 percent supported it in all cases — and the court’s decision is likely to cause friction as abortion rights activists, policymakers, health care providers and others determine how it should be carried out.

The decision cannot be altered by other legal bodies.

Colombia’s Constitutional Court is considered by many legal experts to be more liberal than the country at large, and many recent liberal shifts, including the legalization of same-sex marriage in 2016, resulted from the court’s decisions.

The court is also considered a legal trendsetter in the region, said Francisco Bernate, a law professor at the University of Rosario in Bogotá, and the decision is likely to attract the attention of judges across Latin America.

Activists in the United States are also following the changes in the region.

“These struggles are connected,” said Serra Sippel, the chief global advocacy officer at Fos Feminista, an alliance of reproductive rights groups that works around the world, including in the United States. “We in the U.S. can really learn a lot.” 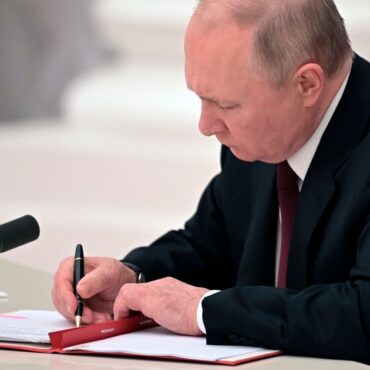 WASHINGTON — Russia’s decision to order troops into Ukraine on Monday presented the United States and Europe with the challenge of deciding how quickly to move in imposing stiff sanctions on Moscow, seeking to balance punishment, deterrence and maintaining unity among the allies.President Biden’s initial reaction was cautious, limited to issuing a narrow set of sanctions aimed at two regions in eastern Ukraine that are partly controlled by Russian-backed separatists […]