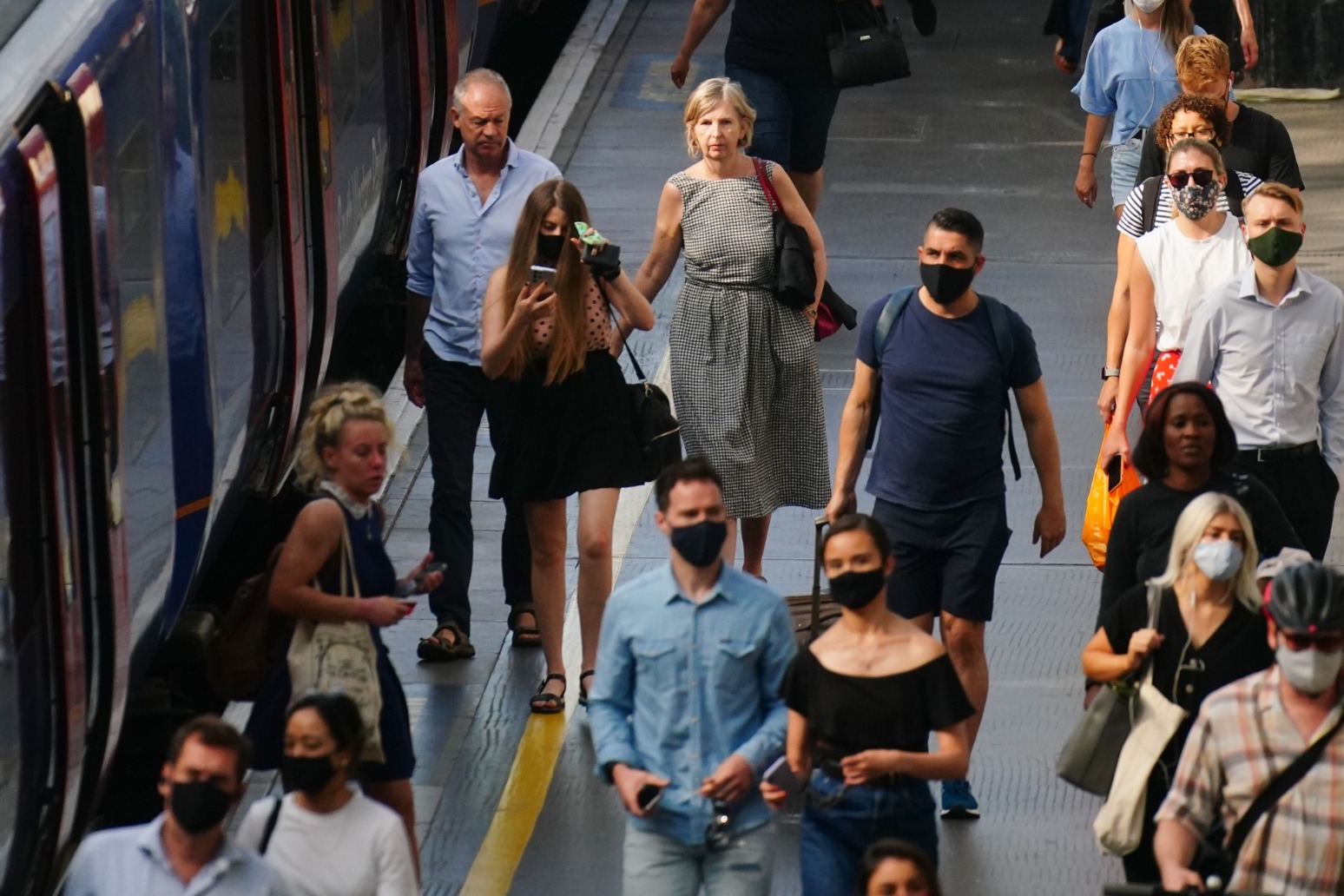 Commuter journeys on Britain’s railways remain at less than half of pre-pandemic levels, new figures show.

Industry body the Rail Delivery Group (RDG) said the number of train journeys made by people travelling to or from work in mid-October was just 45% of what it was before the coronavirus crisis.

That represents an increase from 33% in late August but highlights the difficulty city centre businesses face in attracting customers as many people continue to work from home.

London has seen the slowest recovery in commuting journeys, with demand at just 41% of pre-virus levels compared with 54% across the rest of Britain.

Meanwhile, leisure journeys are at around 90% of what they were before the pandemic.

The rail industry is running a marketing campaign with the strapline “Let’s get back on track” in a bid to encourage more people to travel by train.

It is aiming to create a “sustainable, more passenger-focused future” for the railways, particularly within the commuter market.

The RDG said operators are continuing to conduct enhanced cleaning of trains, and provide information to help passengers avoid the busiest times to travel.

It added that four out of five carriages on the railways have systems that refresh the air every six to nine seconds.

The RDG commissioned research by consultancy WPI Economics which estimates that before the pandemic, train passengers travelling for leisure or work spent an average of £94 per trip excluding their train fare, such as in shops, restaurants, hotels and galleries.

That totalled an estimated £133 billion a year.

RDG director general Andy Bagnall said: “Rail connects people to jobs and opportunities, helps tackle congestion, and leaves the air in towns and cities cleaner than other forms of transport, so we’re keen to welcome more people back on board.

“Train companies are working hard to meet the changing needs of our passengers, including new flexi season tickets to give commuters more choice, while continuing to prioritise ventilation and extra cleaning, because as Britain recovers, every passenger delivers more than a journey.” 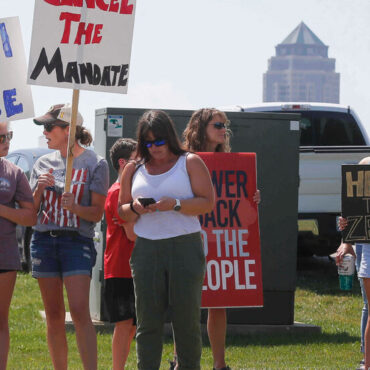 Ten Republican-led states filed a lawsuit on Friday in federal court in Missouri accusing the Biden administration of a broad range of overreaches in mandating that employees of federal contractors be vaccinated against the coronavirus by Dec. 8.The suit, filed in U.S. District Court for the Eastern District of Missouri, was led by Missouri’s attorney general, Eric Schmitt, and the attorney general of Nebraska, Doug Peterson. The other eight states […]