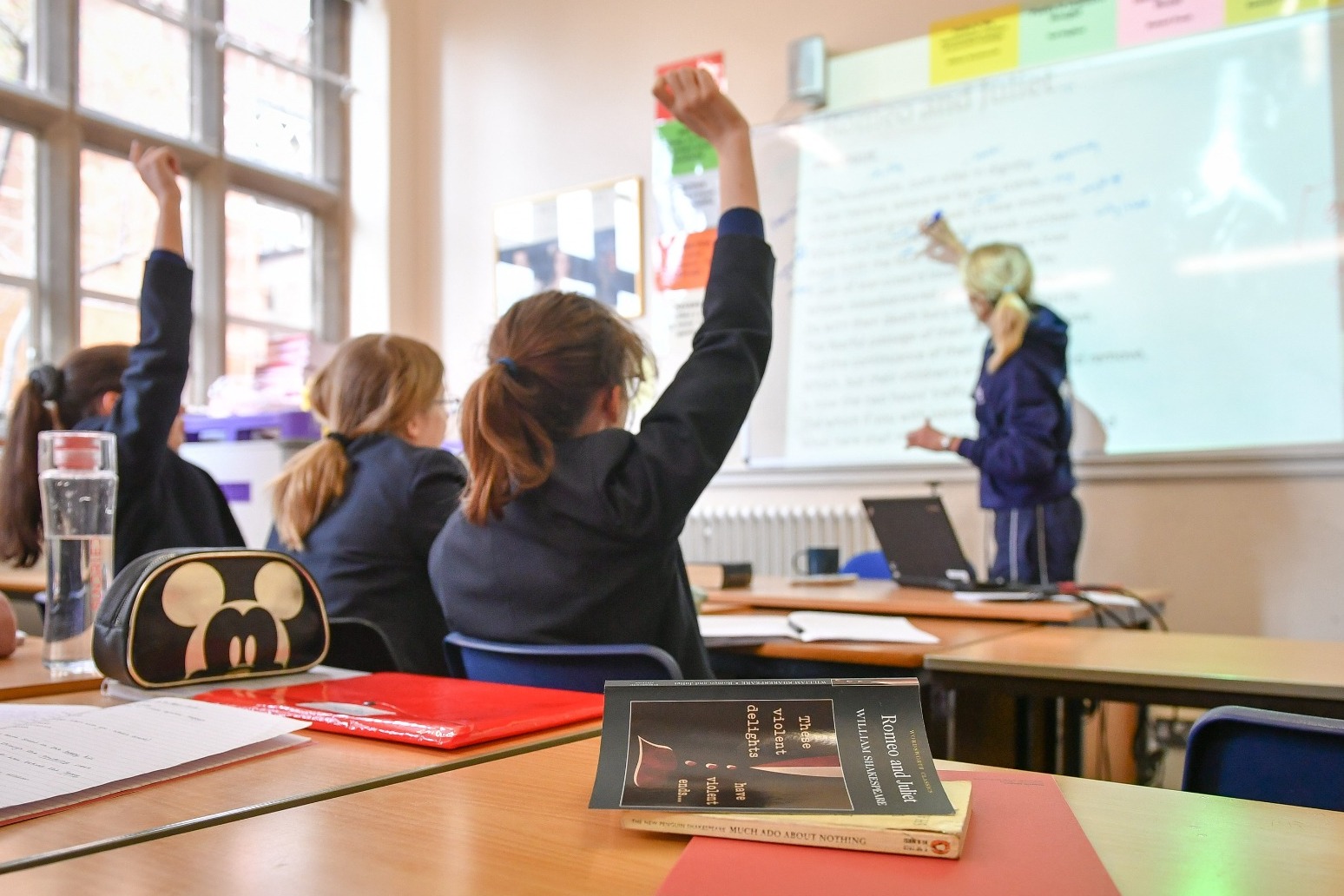 Schools are limiting healthy meal options for pupils due to budget pressures, ministers have been warned.

Children’s learning is also being put at risk by the impact of “sky-rocketing” energy bills on resources for schools, Labour told MPs.

Speaking at education questions in the House of Commons, Labour MP Ruth Cadbury (Brentford and Isleworth) said: “Schools are telling us that standstill funding, inflation and rising energy costs mean they’re having to limit the numbers of healthy options in school meals.

“The Government agrees with us that good, healthy school meals are essential for children to be able to thrive, especially as for more and more children school dinner is their only hot meal.

“Yet the schools minister has said in relation to school meals it was up to schools to ‘manage their own individual budgets’. Is that the best the Government can serve up?”

Schools minister Robin Walker replied: “Our increases in school funding have been frontloaded to rapidly get money to the schools; this year core schools funding is increasing by £4 billion… our national formula also targets this funding towards deprivation, it includes a FSM (free school meals) factor, which means all pupils on free school meals will attract additional funding.

“The total amount allocated through deprivation factors in the national formula is increasing by £225 million or 6.7% in the next year compared to last year.”

“The latest data suggests prices have almost doubled in the first quarter of this year alone, with cost pressures putting children’s learning at risk.”

He asked when the Government will bring forward extra support to help schools “keep the lights on”.

Mr Walker reiterated that additional funding was in place and flagged data relating to the end of the last academic year, which he said showed 97% of academy trusts were in “cumulative surplus or breaking even” and 92% of local authority maintained schools were in that situation.

“An improvement in both cases from the year before,” he added. Danish police believe a shopping centre shooting that left three people dead and four others seriously wounded was not terror-related. The gunman acted alone and appears to have selected his victims at random, they said on Monday. Authorities filed preliminary charges of murder and attempted murder against a 22-year-old Danish man, who will be held for 24 days in a secure mental health facility while authorities investigate the crime, prosecutor […]