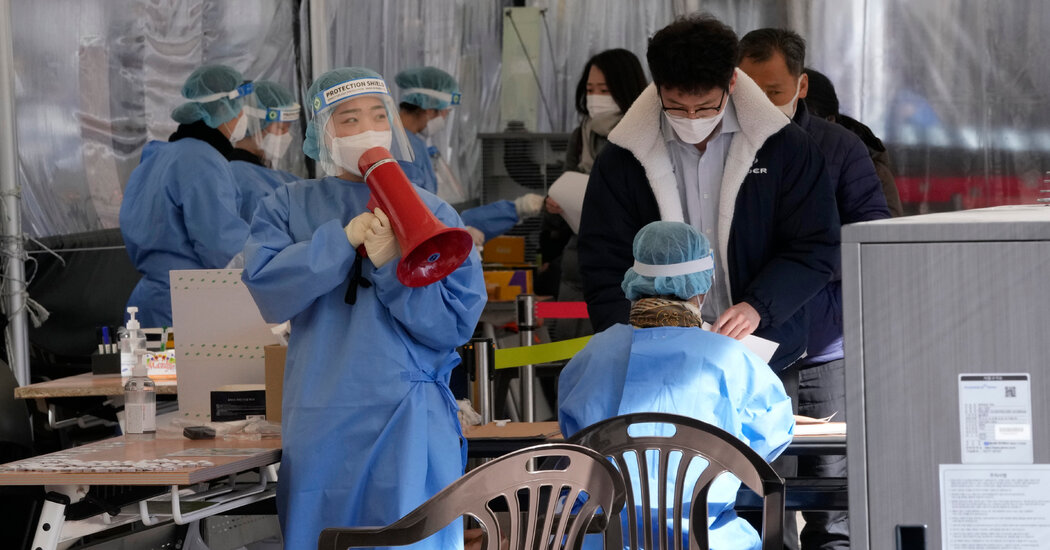 SEOUL — South Korea reported 49,567 coronavirus cases on Wednesday, yet another daily record notched within the past week and a jump of nearly 13,000 from the day before. The spike in cases, following the Lunar New Year holiday this month, shows no sign of slowing down as infections from the highly contagious Omicron variant spread rapidly through the country.

Health authorities had predicted that cases would hit 30,000 a day by the end of the month. But Jung Eun-kyeong, the commissioner of the Korea Disease Control and Prevention Agency, said on Tuesday that South Korea could see up to 170,000 confirmed cases a day “by the end of February due to the high spread of Omicron.”

Other parts of Asia that celebrated the Lunar New Year are seeing similar spikes in daily cases. Over the past two weeks, according to Our World in Data, cases have more than doubled in Singapore. In Hong Kong, they are up more than fivefold, and in Indonesia more than elevenfold.

Even countries in the region that did not officially observe the holiday are seeing spikes. Japan is averaging over 94,000 cases a day, according to Our World in Data, a doubling over the past two weeks.

To fight Omicron, the South Korean government implemented a new testing system a few weeks ago to prioritize high-risk groups for P.C.R. tests and treatment. Last week, it extended pandemic rules that require businesses to close at 9 p.m.

Over the weekend, South Korea reached one million confirmed coronavirus case since the start of the pandemic. The government is pushing for people to get vaccinated and get their booster shots, and it has started a vaccine pass system that expires unless people get a third shot. The passes are required when entering most businesses and public facilities, including restaurants and sports centers.

“I’m sure many of you are tired from trying for so long,” said Ms. Jung at the briefing. “But we urge you to cooperate with us, especially in getting your booster shots, wearing the proper masks and keeping face-to-face contact to a minimum.” 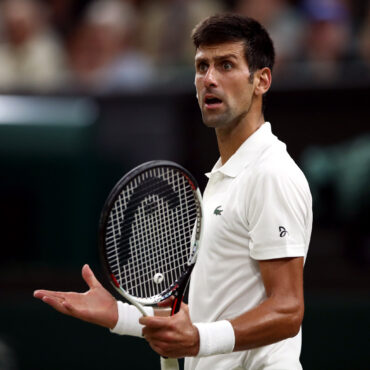 He was deported from Australia in January after the government cancelled his visa over his vaccine status Novak Djokovic has been included in the draw for the BNP Paribas Open at Indian Wells despite doubts over whether he will be allowed to enter the United States. The 20-time major winner revealed last month that he had not received any coronavirus vaccination, insisting he would forego big tournaments “because the principles […]