Covid Spoils Another Christmas in the Holy Land 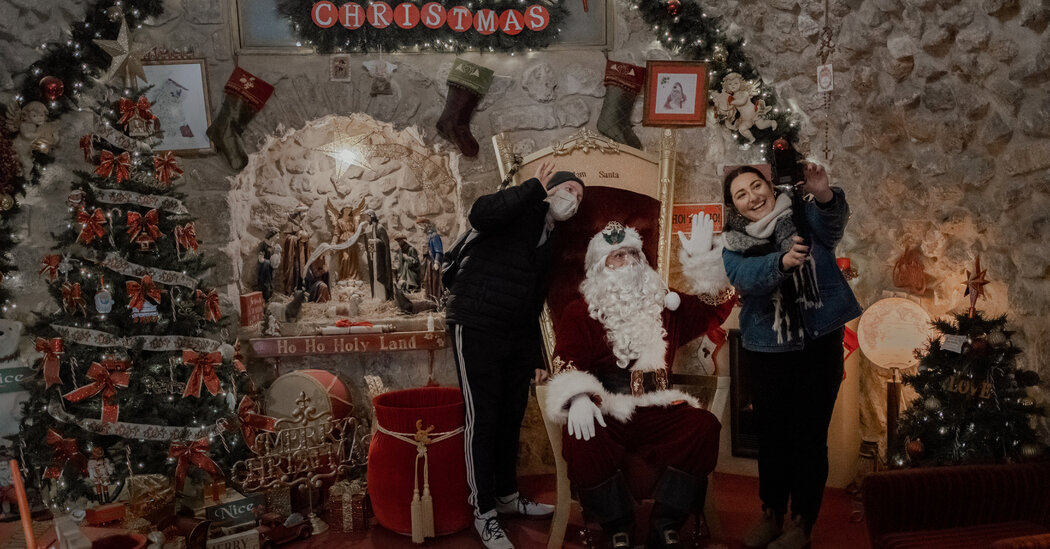 JERUSALEM — There were only a few shopping days left until Christmas, but in the Christian Quarter of Jerusalem’s Old City, most of the shops were shuttered.

The owner of Santa Maria Souvenirs, David Joseph, a Palestinian Christian, glumly padlocked his storefront and said there was no point in waiting around. As church bells rang out, “Silent Night” wafted plaintively out of an empty espresso bar into a deserted cobblestone alley.

“It’s sad,” said Alessandro Salameh, another Palestinian Christian who was running the bar. “You see, it’s like a ghost town.”

Israel, in an effort to contain the highly contagious Omicron variant of the coronavirus, has barred entry to most international travelers until at least the end of December, leaving the holy sites of the Old City devoid of foreign visitors for a second straight Christmas.

But those who depend on tourism or whose relatives are unable to visit have been frustrated by the Israeli government, which they have accused of inconsistency, and even discrimination, in applying travel restrictions. The government allowed entry to international beauty pageant contestants and had given special approval to young Jews on trips meant to strengthen their ties to Israel — while barring Christian pilgrims.

At a desolate bend in Jerusalem’s Old City, the jolly red entrance to the house of Issa Kassissieh, the traditional Santa Claus of the Holy Land, promised some festive cheer. But his door was closed.

A neighbor shouted up to the balcony and out popped Tammy Cohen, an American volunteer at Santa’s residence and a rare visitor from abroad. She said Santa had tired himself out visiting hospitals and schools and was taking a nap.

“It’s a miracle that I’ll get to be here at Christmas,” said Ms. Cohen, explaining that she had traveled from her home in North Carolina in November, when Israel’s airport was briefly open to foreign tourists, and she decided to stay for a while.

But the gates abruptly closed again four weeks later with the emergence of Omicron. Access is also barred to the occupied territories — including the West Bank town of Bethlehem — where entry and exit are controlled by Israel.

In the end, only a few hundred thousand foreign nationals visited in 2020 compared with more than 4.5 million in 2019, a bumper year for tourism when Christian pilgrims accounted for roughly a quarter of the influx.

Foreign visitors were mostly barred last Christmas, when Israel and the Palestinian Authority, which exercises limited self-rule in parts of the West Bank, were heading into a new spike of infections.

The Old City, in predominantly Palestinian, Israeli-annexed East Jerusalem, is still feeling the effects of all of the pandemic-era restrictions.

Israelis, meanwhile, have been allowed to travel abroad except to a growing number of countries on a so-called red list. But even though many prefer to avoid the complications of international travel, internal tourism has only partly compensated for the drop in foreign visitors.

Tiberias and Nazareth, prime destinations in northern Israel for Christian pilgrims, also saw sharp decreases. According to the Israel Hotel Association, Nazareth’s occupancy rate plummeted to 13 percent this fall, from 80 percent in the fall of 2019.

And Bethlehem, venerated as the traditional birthplace of Jesus, is looking at another gloomy season.

Despite the complications of travel and economic hardship wrought by the virus, Wadie Abunassar, an adviser to church leaders in the Holy Land, said there had been hopes this year that up to 15,000 pilgrims would come for Christmas.

“For people in Bethlehem, that would have been important oxygen,” he said. “The community is suffering.”

Israel, which has a population of about nine million, has been a trailblazer in vaccination and booster campaigns, but more than 8,000 Israelis have died of the virus. With at least 340 confirmed cases of Omicron, Israeli leaders said late Tuesday that they were planning to administer a fourth shot to try to ward off a new wave of infections.

Israel’s prime minister, Naftali Bennett, has acknowledged that the early and swift decision to limit entry again seemed unnecessary to many, but he defended it on Sunday.

“This government did a major thing,” he claimed, buying time and delaying the variant’s spread in Israel. “What a pity that other countries did not do as we did.”

Inconsistencies in the government’s pre-Christmas travel policies have been a source of acrimony.

Some Israelis and Palestinians have grumbled about the country hosting the international Miss Universe pageant this month while their close relatives and tourists were kept out. Others have questioned the logic of allowing residents to continue to take vacations abroad to countries where infection rates are still unclear.

“This is not acceptable to us,” he said in an interview. “What if it happened the other way round, and another country in the world allowed in Christians but not Jews? People would automatically scream antisemitism.”

Most stinging for Mr. Abunassar was the recent Israeli approval for the resumption of some Birthright Israel tours — the all-expenses-paid 10-day trips for young Jews. The trips, partly funded by the Israeli government, are meant to bond Jews in the diaspora to Israel and to bolster Jewish identity.

Noa Bauer, Birthright’s vice president for marketing, said last week that several hundred participants from the United States and Canada who met the vaccination criteria had been expected to travel to Israel before Christmas. But then Israel put both countries on its red list, meaning that anyone arriving from there must quarantine for a week. That made the quick trips impractical, and Birthright has suspended all trips until Jan. 15.

Israel’s Foreign Ministry rejected the accusation of religious discrimination as “outrageous, false and dangerous.” It said the government committee dealing with exceptional requests had also issued permits for priests to enter the country for the holidays.

Sabine Haddad, an Interior Ministry spokeswoman, said that Birthright was an educational program, not a tourism venture, and that Jewish tourists had also been barred during Jewish festivals like Passover and the High Holy Days.

Anton Sabella, the owner of a new business in the Old City’s Christian Quarter, The Gateway bookshop and wine bar, said tourism from abroad would probably not fully recover in the foreseeable future, so he was thankful for the support of local Palestinians as well as some Israeli Jews and expatriates who venture into the area.

After decades of emigration, only about 1 percent of the population in the Holy Land is Christian. But after sunset, decorative lights turn on in the Christian Quarter, and a small Christmas market attracts local residents of all religions who want a taste of the holiday.

Back at Santa’s house, Mr. Kassissieh, a Palestinian Christian, stirs into action, receiving groups from around the country. He said he had 14,000 visitors last December and was expecting about as many this year.

There may be few tourists, but Mr. Kassissieh at least brings some Christmas spirit.

“Last year, I saw how stressed the children were,” he said. “I saw on their faces that I brought some life back to them.” 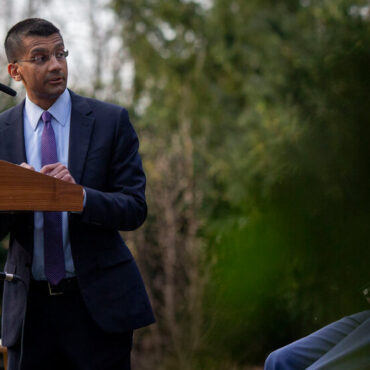 N.Y.C. Health Commissioner to Stay On Until March, Adams Says