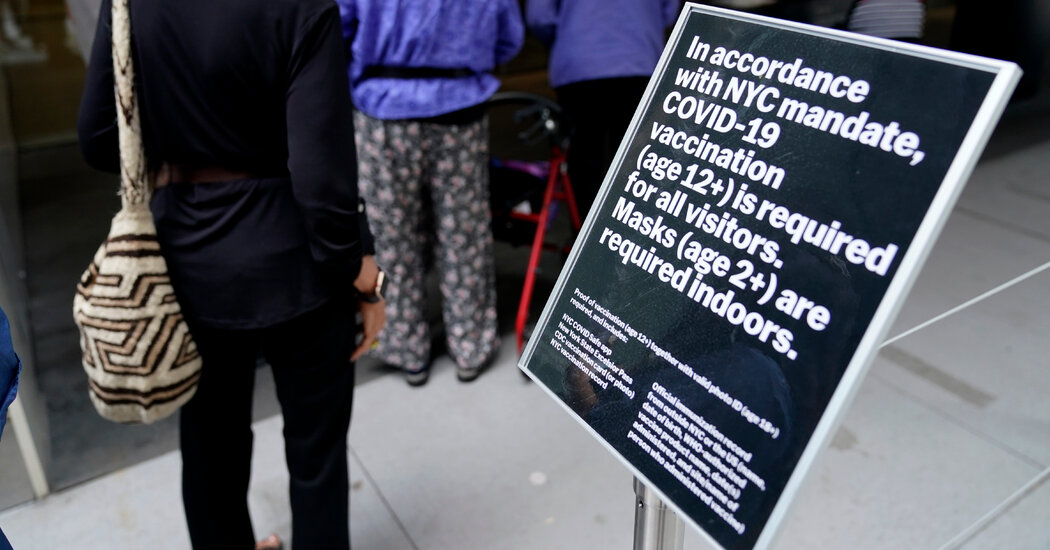 In their struggle to convince holdouts to get vaccinated against Covid, governments around the world are embracing vaccine mandates.

The push to get people vaccinated has largely shifted from offering incentives, like cash payouts or free drinks, to issuing mandates and restricting the access of the unvaccinated to many venues and activities.

Care to sip an espresso indoors at a cafe in Paris? You will need to provide proof of vaccination or a fresh negative coronavirus test, for which unvaccinated people will have to pay beginning on Oct. 15.

Want to work in settings like offices, factories, shops and restaurants in Italy? Starting later this month, you will need to have recently recovered from Covid-19, provide proof of having received at least one dose of a vaccine, or get a coronavirus test every two days. In areas of high coronavirus transmission in Greece, live music is returning indoors to restaurants and bars for a two-week trial, but the unvaccinated will not be admitted.

Since then, San Francisco, Los Angeles and other cities have announced their own vaccine requirements to engage in public activities.

As the latest wave of infections has begun to wane around much of the U.S., President Biden’s administration has increasingly turned to mandates, drawing fire in the process from many Republican leaders who perceive them as government overreach. On Thursday, he urged private employers to impose mandates of their own as the Occupational Safety and Health Administration works out the details of a vaccine or testing requirement for companies with more than 100 employers.

Vaccine mandates have sparked resentment and refusal to comply from the unvaccinated.

France’s restrictions spurred large protests this summer, but those protests have mostly cooled, and as of Oct. 7, 67 percent of the population was fully vaccinated, more than double the level from early July, according to the Our World in Data project at the University of Oxford. An additional 8.3 percent were partly vaccinated as of Oct. 7.

Vaccine requirements remain politically toxic in some parts of the United States. Republican governors like Greg Abbott of Texas and Ron DeSantis of Florida have enacted rules that penalize businesses that require proof of vaccination and prohibit local governments from mandating such requirements.

On Monday, Mr. Abbott signed an executive order that broadened a previous ban on vaccine mandates by barring private companies from imposing them.

“The COVID-19 vaccine is safe, effective, and our best defense against the virus, but should remain voluntary and never forced,” the governor said in a statement.

The A.C.L.U., on the other hand, has defended vaccine mandates, saying they protect the civil liberties the organization defends.

“They protect the most vulnerable among us, including people with disabilities and fragile immune systems, children too young to be vaccinated and communities of color hit hard by the disease,” David Cole, the national legal director of the A.C.L.U., and Daniel Mach, director of its program on freedom of religion and belief, wrote in a New York Times editorial in September. 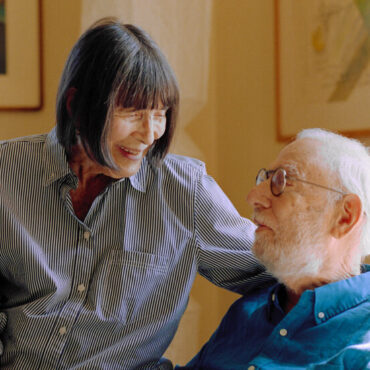 How One Woman Fell In Love Again After 80

“It’s Never Too Late” is a series that tells the stories of people who decide to pursue their dreams on their own terms.In 2015, nine months after her husband died, Phyllis Raphael, now 86, ran into Stan Leff, now 89, while exiting Citarella, a grocery store on Manhattan’s Upper West Side.“Stan remembered me from a party on Fire Island in 1974. He said I was on a deck serving hors […]