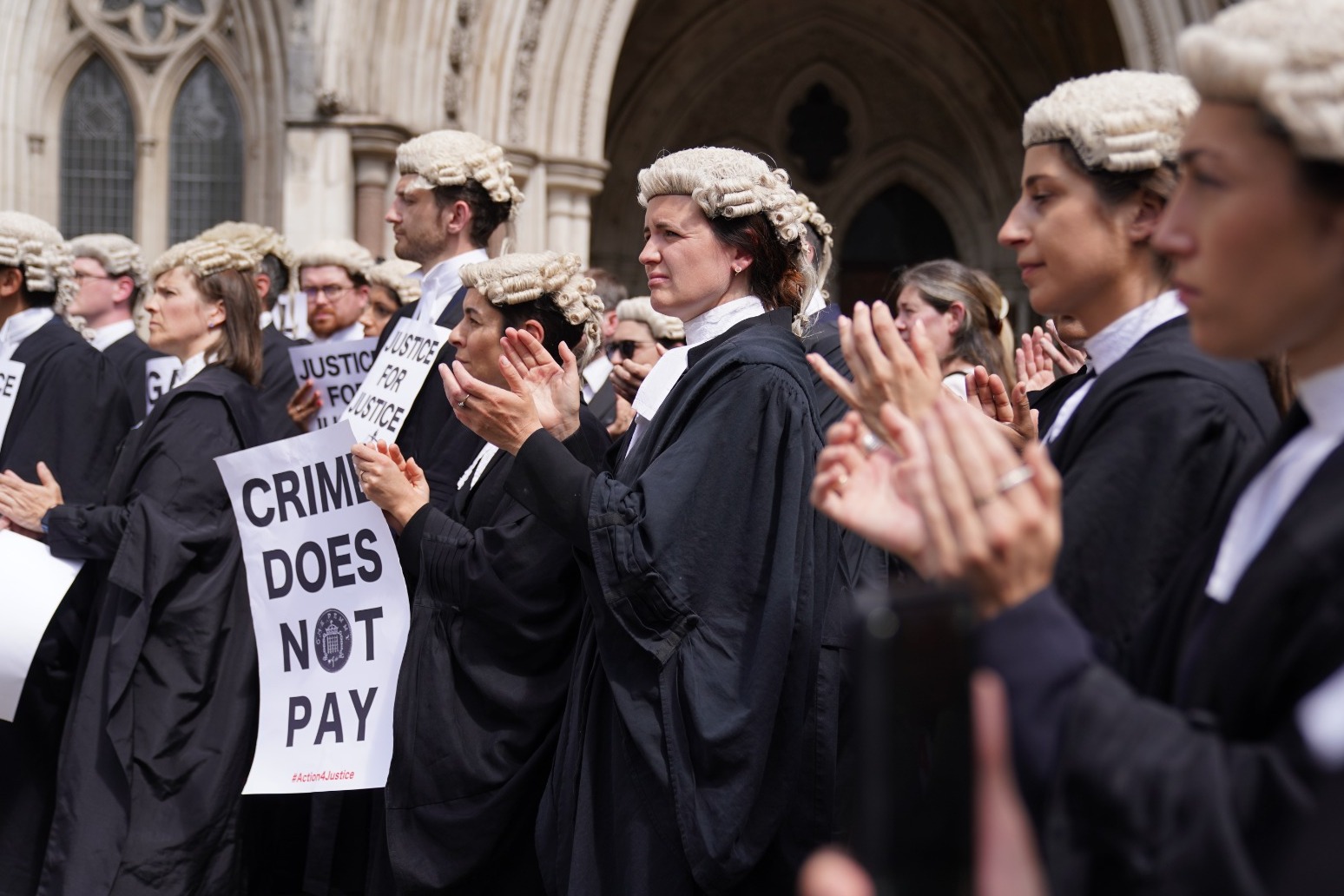 Barristers have accused the Government of “refusing” to negotiate as strikes continue at criminal courts around the country for a second week.

The Criminal Bar Association (CBA) warned victims of crime and defendants seeking to prove their innocence will not see their day in court if ministers do not take steps to “reinject” funds into a “barely functioning” justice system.

Criminal cases face further disruption this week as the three-day walkout of defence barristers went ahead on Monday.

Lawyers gathered at the Royal Courts of Justice in London, Liverpool Crown Court, Nottingham Crown Court and Birmingham Crown Court to support the ongoing action in a dispute over conditions and pay of Government set fees for legal aid advocacy work.

The trial of James Allchurch, accused of setting up a “highly racist” and “highly antisemitic” podcast station called Radio Aryan, has been delayed by almost a year amid disruption caused by the industrial action.

The case, which opened at Swansea Crown Court last week, was going to be put back to work around strike days this week and in the coming weeks but several jurors were unable to attend on the proposed new dates so the jury was discharged by the judge on Friday. The trial is now listed for March 20, 2023.

Speaking to LBC News, CBA chairman Jo Sidhu QC said: “We’ve had continuing discussions with the Ministry of Justice, but I’m afraid to say to you the ministers are refusing to discuss with us, to sit around the table and negotiate the way through this problem”, adding: “What we’re saying to the public is unless the Government does enough to reinject funds within the system, we’re going to see a lot more people leaving and those victims of crime and defendants who want to prove their innocence won’t see their day inside court.”

The CBA said the action is aimed at redressing the shortfall in the supply of criminal barristers to help deal with the crisis in the country’s courts.

The Ministry of Justice (MoJ) has said criminal barristers will receive a 15% fee rise from the end of September, meaning they will earn £7,000 more per year.

But there has been anger that the proposed pay rise will not be made effective immediately and will only apply to new cases, not those already sitting in the backlog waiting to be dealt with by courts.

CBA vice chairwoman Kirsty Brimelow QC told Sky News the fee increase “doesn’t go near” resolving issues for criminal barristers, adding that “the money is there” to address the crisis in the country’s courts.

Speaking as she joined around 70 barristers outside Liverpool Crown Court on Monday, Ms Brimelow said: “The criminal justice system is in crisis after years of cuts to legal aid. Barristers have been forced to take action for victims, witnesses and accused in criminal cases.”

Jennifer Devans-Tamakloe, who joined the picket line after qualifying as a criminal barrister last month, said: “Barristers don’t get paid a lot of money, certainly not in criminal legal aid-funded cases.

“We can come away with less than minimum wage once you factor in expenses. We are not fat cat lawyers.”

Nina Grahame QC, who was also taking part in the strike, said the situation had reached “tipping point” as junior barristers “cannot survive” on average annual earnings of £12,200 and “stay in the profession”, adding: “As years go on there are fewer and fewer of us. We cannot go on like this.”

Last week justice minister James Cartlidge urged the CBA to accept the pay rise to “stop victims having to wait longer for justice”, adding: “Our energetic efforts to tackle the courts backlog are working but the strike action by criminal barristers threatens all that progress, despite the very generous pay offer on the table.”

Strikes are due to take place on four days next week and on five days from July 18. Action will be suspended for a week from July 25 before recommencing between August 1 and August 5.

The CBA then plans to strike on alternate weeks, with no end date, with the action to remain under review and subject to the Government’s response. 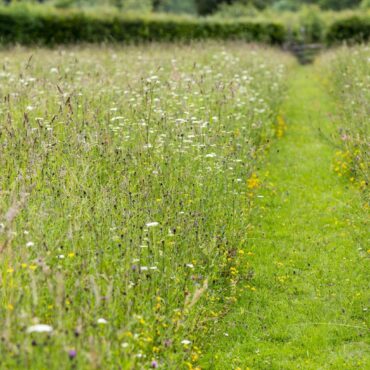 Gardeners are being urged to plant the “right plant, right place” for a changing climate which is bringing more extreme weather conditions to the UK. Green-fingered households are also being warned that using tap water on lawns in dry weather “is a sin” and they should be allowing their grass to go brown in the summer. The call came as the first visitors toured the Royal Horticultural Society’s Hampton Court […]