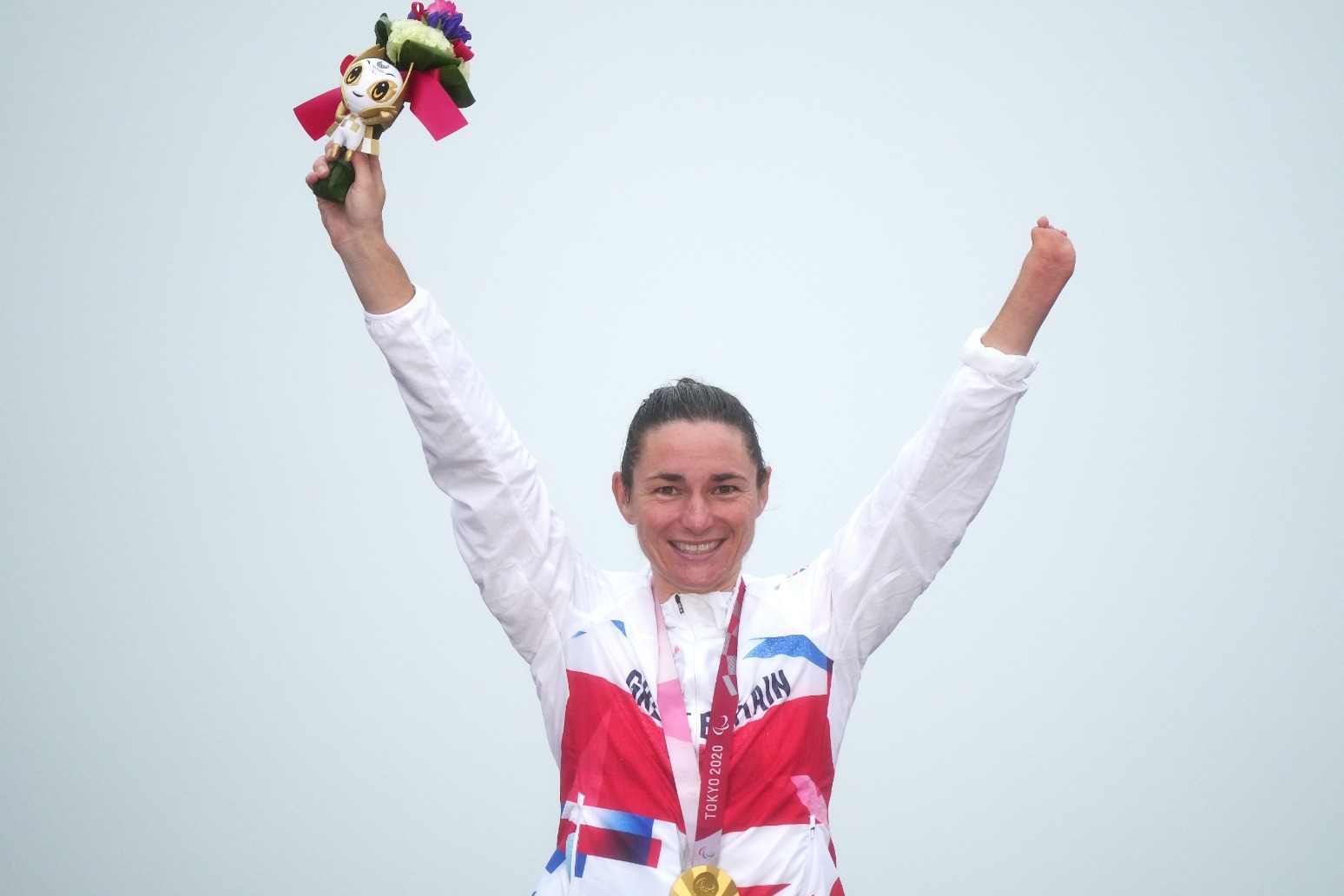 Storey had matched Mike Kenny’s long-standing British record of 16 golds on Tuesday by winning the C5 time trial at this venue.

Dame Sarah Storey made history by becoming Great Britain’s most successful Paralympian after powering back to claim the 17th gold of her glittering career at Tokyo 2020.

Cycling star Storey trailed veteran German Kerstin Brachtendorf by 75 seconds at one stage of the C4-5 road race at the rain-soaked Fuji International Speedway but underlined her class to snatch glory in a finishing time of 2:21:51.

Fellow Briton Crystal Lane-Wright picked up her third silver of the Games by crossing the line seven seconds off the pace, with France’s Marie Patouillet completing the podium in 2:23:49.

On an extraordinary morning, there was also a British one-two in the men’s C1-3 event, with Benjamin Watson taking gold in 2:04:23, a minute and and 20 seconds ahead of compatriot Fin Graham.

Mother-of-two Storey had matched Mike Kenny’s long-standing British record of 16 golds on Tuesday by winning the C5 time trial at this venue.

The 43-year-old was already more decorated than swimmer Kenny going into her third and final event of the Games owing to a greater haul of medals, which ahead of the race stood at 27 to his 18.

She was eager to unequivocally stand alone at the top of Britain’s all-time individual medal table and did so in dramatic fashion thanks to preserving her flawless record in Paralympic cycling with a stunning comeback victory.

The former swimmer – whose first five golds came in the pool, beginning at Barcelona ’92 – has now won all 13 bike events entered dating back to her Games debut on two wheels in Beijing in 2008.

“I couldn’t have imagined having eight Games, let alone winning medals at every Games, and 17 of those medals being gold,” she said.

“It’s the dream I didn’t have coming true.

“I just wanted to be a British athlete, I wanted to compete for my country for as long as I possibly could, and to still be going strong in Games number eight is truly amazing.

“I never felt a weight on my shoulders. It is the sweetest feeling to know that I go back to my room and there’s a couple of gold medals in the safe to put this one with and that makes that tally very real then.”

Despite prolonged dominance, Storey warned ahead of the 78km race that victory was far from a formality.

And her prediction proved accurate.

In the foothills of Mount Fuji – Japan’s highest peak – Storey was quickly left with a mountain to climb in sodden conditions more suited to her or 77-year-old Kenny’s aquatic days.

Long-time leader Brachtendorf made a brave break away from the peloton as early as the end of the second lap of six.

The 49-year-old – the bronze medallist from Tuesday’s time trial at the same venue – was one of only two race participants older than Storey.

She maintained a lead of more than minute for much of the race, before Britain’s best pushed hard to eventually eradicate a one-time 13km gap at the start of the final lap.

From then on, the winner rarely looked in doubt.

Storey’s trip to Japan had already brought golds in the C5 3000m individual pursuit and time trial, and for the third time in the space of nine days she comfortably held off the attentions of Lane-Wright.

The Manchester rider crossed the line with a jubilant punch of the air, securing another piece of British history on a circuit where racing driver James Hunt won the 1976 Formula One world championship.

Early pace-setter Brachtendorf eventually finished fifth, with Storey admitting it was vital she and Lane-Wright did not rush to claw back the deficit.

“We knew we had to time it right because if you go too hard too early, you’re burning all your matches,” she said.

“I didn’t expect any help, you know, I’m defending champion and everybody wants me to take them to the line, as it were, so I knew it was my race to judge.

“Crystal came through on the penultimate climb to make sure we closed that gap, and then it was just down to me to try to get us the gap in the finish, so that last descent, I didn’t touch my breaks. I just went for it.” 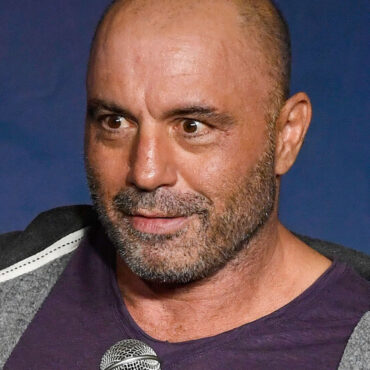 Joe Rogan, A Podcasting Giant Who Has Been Dismissive of Vaccination, Has Covid

Joe Rogan, the host of the hugely popular podcast “The Joe Rogan Experience,” said on Wednesday that he had tested positive for the coronavirus after he returned from a series of shows in Florida, where the virus is rampant.Mr. Rogan, who was rebuked by federal officials last spring for suggesting on the podcast that young healthy people need not get Covid vaccinations, said that he started feeling sick on Saturday […]