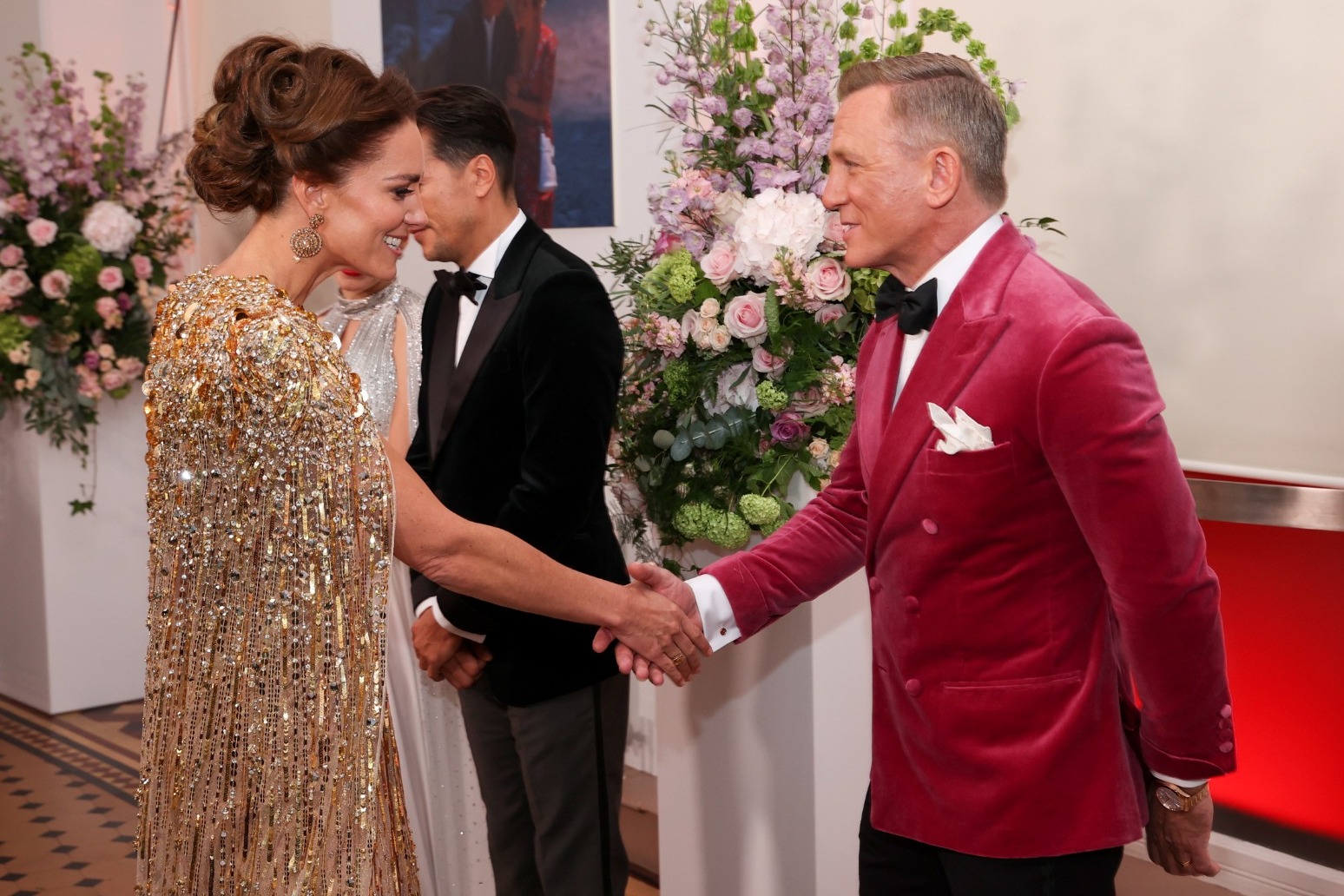 Daniel Craig has described the No Time To Die premiere as an occasion to celebrate as he bids farewell to his career-defining role as James Bond.

The 53-year-old has played secret agent 007 in five movies beginning with 2006’s Casino Royale, but is finally stepping back from the part.

He walked a rainswept red carpet at the Royal Albert Hall premiere in London wearing a dark pink suede dinner jacket over a white shirt and black bow tie.

Craig told the PA news agency: “It’s been a bittersweet couple of years, so one has to keep things in perspective. The decision to leave is still there, I’m just glad that we’ve got a chance to celebrate tonight and have a premiere. That seemed like such a far away thing for a while.”

The star said he does not take the secret agent home with him – because partner Rachel Weisz would not allow it.

He said: “I don’t go home with the character, I’m not James Bond at home. I’m not allowed to be. No-one would put up with it.”

On his advice for his successor, Craig said: “Just make it your own, be brilliant. Take it somewhere wonderful.”

Craig also told of his delight at the film finally making it to cinemas following multiple pandemic-enforced delays, saying: “Bond movies are to be seen in the cinema and this one especially. It’s spectacular.”

Producers Barbara Broccoli and Michael G Wilson also braved the rain and confirmed the hunt for the next 007 had not yet begun.

But Broccoli said the premiere was a night to celebrate Craig’s time as the secret agent.

She told PA: “No hunting. Daniel Craig – I want him to be Bond for as long as possible.

“It’s very difficult, he’s been tremendous. I think tonight is about celebrating his achievements, giving him his time. And also celebrating all the real-life heroes we’re acknowledging here tonight, the people that have got us through the pandemic.”

Wilson said the filmmakers had been desperately waiting to unveil No Time To Die for fans. He said: “We’re ready to show the film to the public. We’ve been waiting more than 18 months and here it is.”

Director Cary Joji Fukunaga told PA he felt a combination of joy and relief over the film’s release.

“With any kind of great momentous occasion there are many emotions taking place,” he said.

“All of us are very excited to finally be sharing the film with audiences. But obviously there is a lot of sadness about it being Daniel’s last film.

“I think also about all the hard work that went into it, we can breathe a sigh of relief.”

French actress Lea Seydoux, who is reprising the role of Madeleine Swann, said she had mixed emotions over Craig’s departure.

“I’m really, really happy the film is finally coming out, even if it’s raining,” she quipped.

“And tonight will be very emotional because it is Daniel’s last film. I’m a bit sad and happy at the same time.”

Seydoux also starred alongside Craig in 2015’s Spectre and described her time with the Bond franchise as an “amazing journey”.

The Prince of Wales, the Duchess of Cornwall and the Duke and Duchess of Cambridge made a rare joint appearance at the premiere.

They were welcomed by the Lord Lieutenant of Greater London, Sir Kenneth Olisa, and introduced to producers Wilson and Broccoli.

Rapper Stormzy, tennis star Emma Raducanu and Dame Judi Dench, who played M in the franchise, were also in attendance.

No Time To Die sees Bond enjoying a tranquil life in Jamaica when his old friend and CIA agent Felix Leiter, played by Jeffrey Wright, turns up asking for help.

A number of Bond premieres have taken place at the Royal Albert Hall, including Spectre, where the Cambridges and the Duke of Sussex were in attendance.

The new film was initially due to be released in April 2020 but has suffered multiple delays because of the pandemic.

A number of healthcare workers and members of the armed forces joined the royals in the auditorium to watch the movie as a thank you for their work during the Covid pandemic.

The film will be released in UK cinemas on September 30. 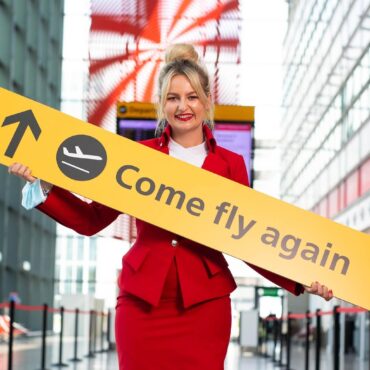 Virgin Atlantic has announced it will not hire new cabin crew or pilots who are not fully vaccinated against coronavirus. Getting jabbed is also strongly encouraged for existing staff but is not compulsory. A spokeswoman for Virgin Atlantic explained that the policy was introduced “to protect our flying programme, alongside the significant benefits to public health”. She went on: “To ensure the continued health, safety and protection of our customers […]