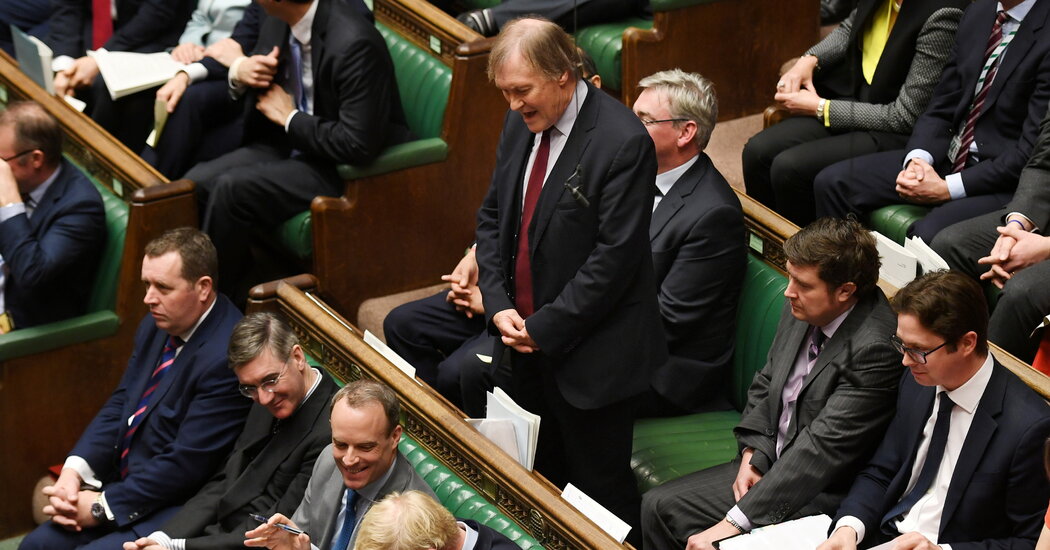 LONDON — A Conservative Party lawmaker was stabbed on Friday afternoon while he was meeting with local constituents in southeast England, according to reports from British news outlets and comments from fellow members of Parliament. The London office of the lawmaker, David Amess, confirmed that an incident had taken place in the area of Southend, in Essex, but said that it was unable to provide further details.

While the police did not immediately identify the victim of a stabbing in the area, several members of both the Conservative and Labour Parties referred to Mr. Amess in reactions posted on social media.

In a statement, the Essex police said that a suspect had been arrested and was in custody. They also said that they had recovered a knife at the scene.

Mr. Amess, 69, had been scheduled to hold a meeting with voters at the Belfairs Methodist Church in a district of Southend, Leigh-on-Sea, east of London, where the attack is reported to have occurred. Photographs taken at the scene show a number of emergency responders and a cordoned-off area around the church. Local news outlets reported that an air ambulance had landed nearby.

Iain Duncan Smith, a former leader of the Conservative Party, told the BBC, “It is confirmed, David was stabbed a number of times, I understand, not just once, which makes me very worried.”

In their statement, the police said that officers had responded to reports of a stabbing in Eastwood Road North shortly after 12:05 p.m.

“We are not looking for anyone else in connection with the incident and do not believe there is an ongoing threat to the wider public,” the police said. They added that they wanted to thank the people who had alerted them to the incident so quickly and appealed for further information from potential witnesses or from anyone who had any relevant CCTV or other footage.

Lawmakers from across the political spectrum reacted with horror to the news and voiced their support for Mr. Amess and his family. Andrew Bowie, a fellow Conservative, posted on Twitter that he was “utterly shocked by the news about my friend and colleague David Amess.”

“A man more dedicated to his constituents you could not ever hope to meet,” Mr. Bowie wrote. “To have been attacked like this during a surgery is horrific. Praying for him and his family just now.”

Keir Starmer, the leader of the opposition Labour party, wrote, “Horrific and deeply shocking news. Thinking of David, his family and his staff.”

In Britain, most members of Parliament hold regular meetings, or surgeries, to allow their constituents to raise issues of concern. While the gatherings allow politicians to keep contact with their voters, the surgeries can also make lawmakers vulnerable to security breaches.

Mr Amess is a long-serving member of the House of Commons and first arrived in Parliament in 1983. Firmly on the right of the Conservative Party, he is a longstanding critic of the European Union and a supporter of Brexit.

Though he has never held high office, Mr. Amess has advanced a number of different causes during his political career, including animal welfare.

In 2016, Ms. Cox, died after being shot and stabbed by a right-wing extremist at a meeting in her parliamentary constituency in West Yorkshire. That attack took place in the prelude to the referendum on Brexit, and the assailant, Thomas Mair, an unemployed gardener, was sentenced to life in prison for the murder.

Ms. Cox’s husband, Brendan Cox, reacted to the news of the attack on Mr. Amess on Friday in a post on Twitter.

“Attacking our elected representatives is an attack on democracy itself,” he wrote. “There is no excuse, no justification. It is as cowardly as it gets.” 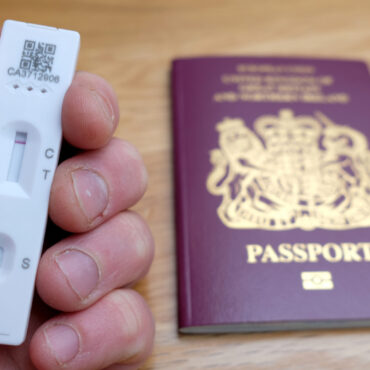 New travel testing rules for England are based on trust

The comments have been made by the Transport Secretary, Grant Shapps Transport Secretary Grant Shapps has admitted that new rules allow travellers arriving in England to take cheaper lateral flow tests rather than PCR tests are “based on trust”. The change in policy for the post-arrival test will come into force from October 24, in time for families returning from half-term breaks. Travellers who take a test at home must […]