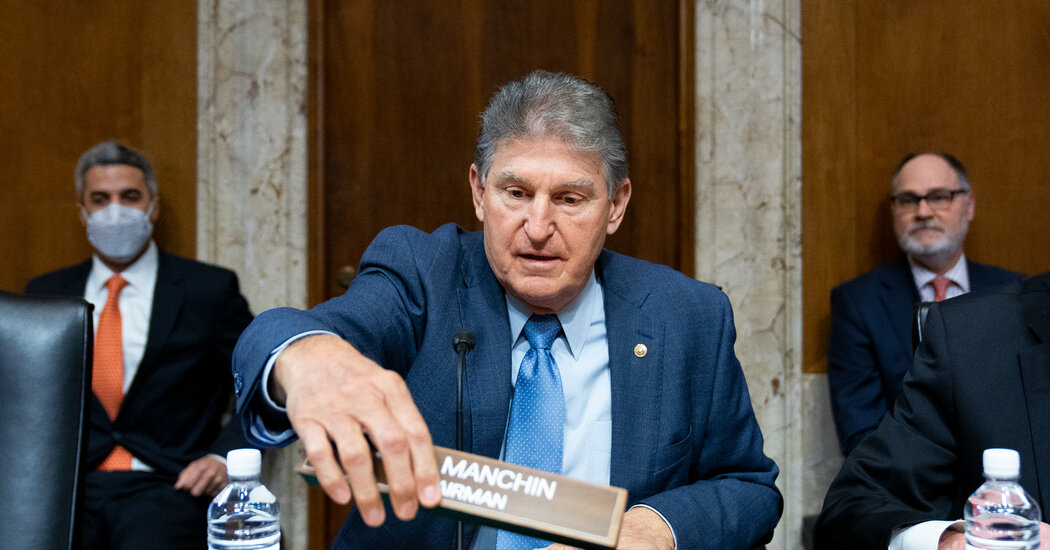 Until this week, Joe Manchin tended to side with his fellow Democrats on major questions of economic policy.

During the Trump administration, Manchin voted against both the attempts to repeal Obamacare and a tax cut skewed toward the rich. Earlier this year, he insisted on changes to President Biden’s $1.9 trillion virus rescue bill, but still provided a deciding vote for it.

Manchin’s breaches with his party have tended to come on issues other than economic legislation, like abortion, voting rights and Supreme Court confirmations. This pattern makes sense, too: Manchin’s West Virginia constituents, like most Americans, largely agree with the Democratic Party on economic policy, while being to the right of the party on many social issues.

Biden’s Build Back Better program looked like the kind of bill that Manchin would support. Its provisions are generally popular, polls show, and Manchin has said that he wants Biden to be a successful president. Manchin could have shored up his image as a moderate by demanding a few high-profile changes to the bill — and then voting for it.

Instead, he went on Fox News this past weekend and announced his opposition. The announcement led to a public spat between Manchin and the White House and has left many Democrats feeling despondent about Biden’s agenda.

What happened? There is no simple answer, but I’ll walk through five main possibilities in today’s newsletter. As is often the case, the full answer probably involves more than one explanation.

Agreeing with other Democrats on economic policy most of the time isn’t the same thing as agreeing all of the time. And Manchin made specific, repeated objections to Build Back Better: that its spending would aggravate inflation; that it included temporary programs that hid the bill’s true effect on the deficit; that some benefits (like the child tax credit) were too generous.

“I cannot accept our economy, or, basically, our society, moving towards an entitlement mentality,” he said in September.

Last week, shortly before he announced his opposition to the bill, The Wall Street Journal editorial board chided Democrats for dismissing Manchin’s concerns rather than addressing them: “His colleagues’ response has been to bull ahead as if Mr. Manchin doesn’t mean it.” Evidently, he did.

Reasons to doubt this explanation: One, the bill might have reduced inflation — by lowering drug prices, building new housing units and luring people back into the work force. Two, some congressional Democrats doubt Manchin was serious about making a deal, saying that he never made a solid offer.

Manchin is a rich man, and he spends a lot of time with other rich people. One of his daughters has been a pharmaceutical C.E.O. and his son an energy executive. In the 1990s, Manchin even served on the board of a pro-business, anti-regulation lobbying group called the American Legislative Exchange Council, as Dan Kaufman explained in The New Yorker.

Given this history, maybe it’s not surprising that Manchin blocked a bill that would have raised taxes on the wealthy to pay for new social programs. After he announced his opposition, Bloomberg ran a story titled, “Super-Rich Americans Feel Relief as Tax Hikes Are Canceled for Now.”

Reason for doubt: Manchin has defied the wealthy’s interests before — voting against the Trump tax cuts, for instance — and seems ready to do so again. During talks over Build Back Better, he agreed to an increase in the corporate tax, only for Senator Kyrsten Sinema of Arizona to kill it.

Manchin’s wealth stems partly from a West Virginia coal business his family helped found, and he has been a longtime ally of the industry. It opposed many of the climate provisions in Build Back Better, which would have subsidized clean energy to help it compete against fossil fuels.

When explaining his opposition to the bill this week, Manchin alluded to its threat to the coal industry and described one of the bill’s goals as “revamping the entire energy policies for our country.” (My colleagues Jonathan Weisman and Lisa Friedman have detailed Manchin’s fossil fuel ties.)

Reasons for doubt: Manchin signaled that he was comfortable with some climate provisions, including them in a recent counteroffer to the White House. If anything, his opposition to Biden’s newly generous child tax credit seemed stronger than his opposition to several climate policies.

Through the Obama and Trump presidencies, the Democratic Party remained strikingly united on many issues. But Democratic unity has frayed.

During the debate over Build Back Better, progressive activists tried to make life unpleasant for moderate politicians, including Manchin, staging protests outside their homes or harassing them in public. Against this backdrop — and Biden’s 44 percent approval rating — you can understand why Manchin might not be feeling much party loyalty.

Reason for doubt: Politics is always a tough business, and Manchin is savvy enough to understand that his left-wing critics bolster his moderate image in West Virginia.

Consider what Manchin’s constituents are hearing this week: Their senior senator single-handedly humbled a Democratic president. That’s useful P.R. for a man who represents a state where Trump won 69 percent of the vote — and whom people on Capitol Hill increasingly expect to run for re-election in 2024, according to my colleague Carl Hulse.

The last potential explanation for Manchin’s comments is that they were a mix of performance and negotiation. Next month, Manchin and Democrats can still come together to pass a scaled-down bill, perhaps with a less generous child tax credit and without the expiring programs that Manchin considers to be budgetary gimmicks. He can then take credit for its more moderate approach. “Senator Manchin and I are going to get something done,” a smiling Biden said at the White House yesterday.

That outcome would be consistent with Manchin’s record on economic policy.

Reasons for doubt: The first four explanations in today’s newsletter.

Special delivery: Against all odds, Christmas gifts are arriving on time.

Advice from Wirecutter: How to clean your TV and your radiators.

Lives Lived: Darby Penney shed light on forgotten people’s lives by examining the contents of suitcases left in the attic of a psychiatric hospital. She died at 68.

The Boss cashes in

Last week, Sony announced it had purchased Bruce Springsteen’s recording and songwriting catalog for about $550 million. It’s the latest mega-payout at a time when many artists are selling their catalogs: Springsteen joins Bob Dylan, Tina Turner, Shakira and more.

The growth of subscription services like Spotify has made the music industry appealing to investors, including private equity firms. They view royalties as “an investment, somewhat like real estate, with predictable rates of return and relatively low risk,” Ben Sisario writes in The Times.

Springsteen was part of a generation of musicians who asserted greater control over their work. “A lot of artists were taken advantage of in the ’50s and ’60s,” John Branca, Michael Jackson’s longtime lawyer, said. “With the emergence of better legal and management representation in the ’70s and ’80s, there was a push for the artists to obtain more power.”

Many of those stars are now giving up that control and cashing in. Of course, not every artist wants in. Diane Warren, the songwriter behind hits like Celine Dion’s “Because You Loved Me,” told Rolling Stone that selling her catalog “would be like selling my soul.” — Sanam Yar, a Morning writer

The pangram from yesterday’s Spelling Bee was unknowing. Here is today’s puzzle — or you can play online. 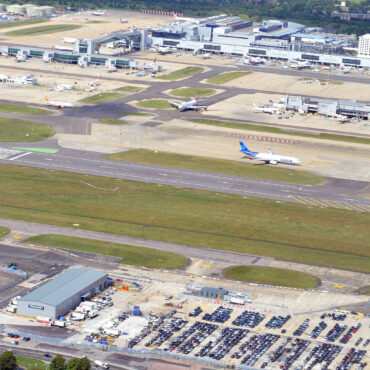