Dozens Killed in Attack on Military Hospital in Afghanistan’s Capital 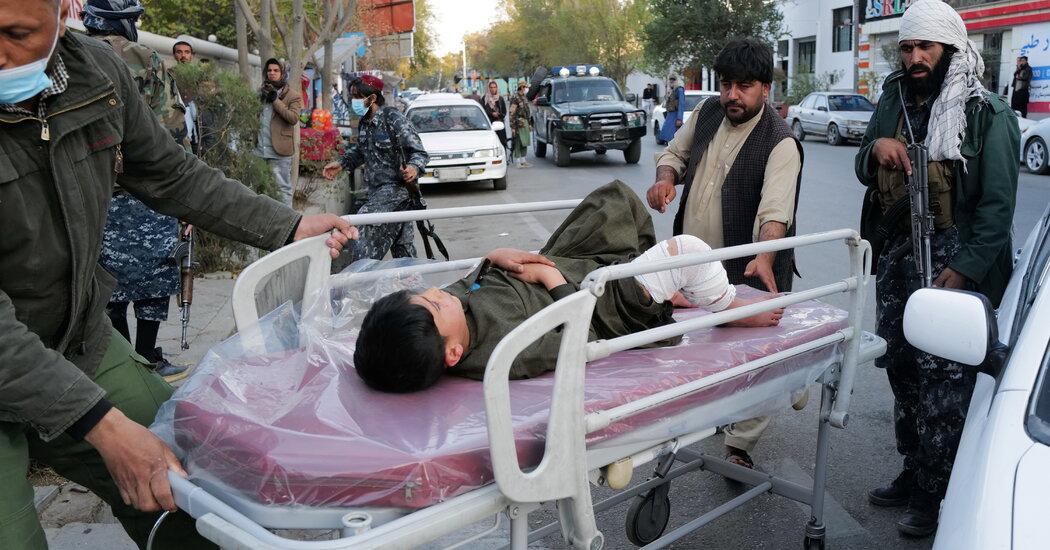 At least 25 people were killed and more than a dozen were wounded during an attack on a military hospital in the Afghan capital of Kabul on Tuesday, according to local officials, with gunfire and explosions echoing throughout the city into the afternoon.

The attack, which included armed gunmen and at least one suicide bomber, targeted the 400-bed Sardar Mohammad Daud Khan military hospital in one of Kabul’s more affluent neighborhoods, where both wounded soldiers who fought for the former government and Taliban fighters were being treated.

Zabihullah Mujahid, a spokesman for the Taliban, said the attack was carried out by several members of the Islamic State, including a suicide bomber who detonated his explosives at the gate to the hospital. A car full of explosives outside the hospital also exploded, wounding dozens, and several Taliban fighters were killed and wounded in the ensuing gun battle, Mr. Mujahid said.

One doctor at the hospital, who declined to be named out of fear for his safety, said that the gunmen had entered a ward filled with wounded Taliban fighters and shot them in their beds.

Another doctor who was hiding inside the hospital said he could still hear gunfire within the building early Tuesday afternoon. Another person inside said the attackers had entered several floors and opened fire on anyone they saw, adding that some doctors and nurses had locked themselves on the third floor.

Though the Islamic State has yet to claim responsibility, there has been an increase in attacks by the Islamic State across Afghanistan since the fall of the Western-backed government in August and the Taliban takeover of the country. The terrorist group has taken advantage of the Taliban’s difficulty in securing urban centers.

A shopkeeper outside the hospital, who declined to be named, said the initial blasts had been 10 minutes apart, and there were a lot of people on the ground. He was wounded in the back, he added.

This complex attack on the Sardar Mohammad Daud Khan hospital is likely the first of its kind for the Taliban to contend with: armed actors and a suicide bomber entering a large, crowded building full of civilians. The Western-backed government dealt with such incidents by deploying commandos, who were almost always supported by NATO special operations forces.

The Taliban, known for carrying out these types of attacks during the past 20 years as insurgents, have little support or experience when it comes to dealing with such an event on their own.

Qari Saeed Khosty, a spokesman for the Ministry of Interior, confirmed on Twitter that there had been at least one explosion at the hospital and that Taliban forces were responding to the attack.

Islamic State suicide bombings in Kabul, the northern city of Kunduz and in Afghanistan’s second largest city, Kandahar, have killed at least 90 people and wounded hundreds over the past several weeks.

The Sardar Mohammad Daud Khan military hospital has been attacked repeatedly in past years, by both the Islamic State and the Taliban. 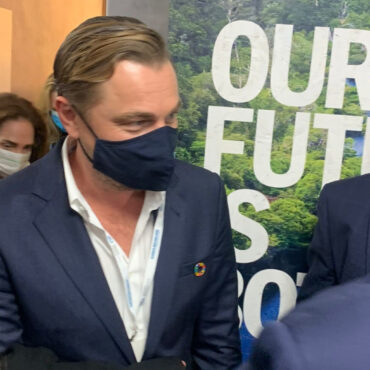 He was appointed a United Nations representative on climate change in 2014 Leonardo DiCaprio has made an appearance at the Cop26 climate summit in Glasgow. The Hollywood star, 46, was pictured at the conference surrounded by an entourage and wearing a blue suit featuring a colourful lapel pin. He has worked on a number of documentaries about animal poaching and the environment, and was appointed a United Nations representative on […]