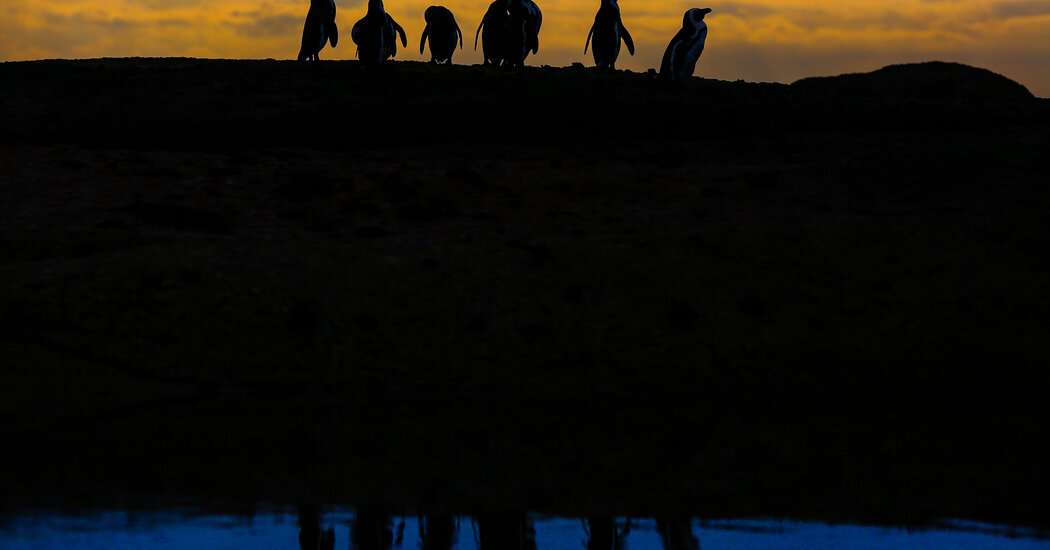 More than 60 endangered African penguins were recently found dead, all with multiple bee stings and no other external injuries, according to officials in a coastal city in South Africa where the birds regularly migrate.

Sixty-three dead African penguins were found Friday at the Boulders Penguin Colony, in Simon’s Town, about 25 miles south of Cape Town, in the southwest of the country.

All the penguins had multiple bee stings, and “many dead bees were found at the site where the birds had died,” according to a statement from the South African National Parks. “Therefore preliminary investigations suggest that the penguins died because of being stung by a swarm of Cape honey bees.”

No external physical injuries were observed on any of the dead penguins, the statement said.

The penguins migrate to the area annually. The bees found near the dead birds are native to the area, “usually coexist with wildlife” and “don’t sting unless provoked,” according to Dr. Alison Kock, a marine biologist at the South African National Parks.

“We have never had a problem like this before,” she said.

The penguins had been stung around the eyes and on their flippers, areas not covered by feathers, Dr. Kock said.

“The feathers over the penguin’s body are densely packed and it’s unlikely the bees stings could have penetrated through these feathers,” Dr. Kock said in an email. “On the other hand, the skin around the eyes and flippers have no feathers and the stings could penetrate in those regions.”

Tests are underway to determine if a toxin or a disease was a factor in the penguins’ deaths, park officials said. So far, officials believe the bees’ nest was disturbed, causing “a mass of bees to flee the nest, swarm and they became defensive and aggressive,” Dr. Kock said. “Unfortunately the bees encountered a group of penguins on their flight path.”

African penguins are an endangered species with a population of only about 41,700 adults, as of 2020, according to the International Union for Conservation of Nature’s Red List of Threatened Species.

The birds live mainly in coastal areas of Namibia and South Africa, according to the African Wildlife Foundation, and can reach up to 28 inches in height and 11 pounds in weight. They come ashore to breed, shed old feathers and rest.

The birds’ population has been decreasing because overfishing has reduced their source of food, according to Oceana, a conservation group.

But the penguins are gaining wider recognition.

The African penguins’ summer migration to Simon’s Town was recently featured in a Netflix documentary, “Penguin Town,” narrated by the actor Patton Oswalt.

“Some penguins may be emperors,” Mr. Oswalt says. “In this place, they are gods.” 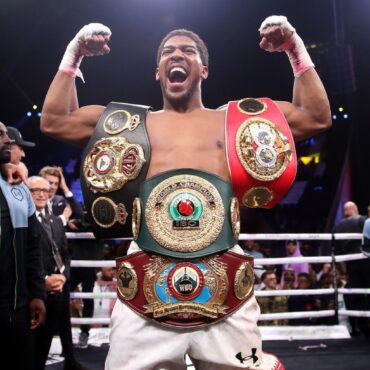 Joshua praises Oleksandr Usyk for jumping in at the deep end

Anthony Joshua has endorsed Oleksandr Usyk for rolling the dice in pursuit of world heavyweight title glory despite the Ukrainian’s limited experience in the blue riband division. Usyk, 34, was the undisputed ruler at cruiserweight before setting his sights three years ago on the highest weight category, in pursuit of greater prizes, recognition and fortune, but he has had just two fights since then. Relatively-unheralded American Chazz Witherspoon retired on […]