The Duchess of Sussex has appeared on TV for the first time since her and Harry’s bombshell interview with Oprah Winfrey.

Meghan appeared as part of the Global Citizen VAX Live concert with a pre-recorded video message in which she said women had been disproportionately impacted by Covid-19.

The event, televised on Saturday night in the US, also featured performances from Jennifer Lopez, Eddie Vedder, Foo Fighters, J Balvin and H.E.R.

In her message, Meghan said: “The past year has been defined by communities coming together tirelessly and heroically to tackle Covid-19.

“We’ve gathered tonight because the road ahead is getting brighter, but it’s going to take every one of us to find our way forward.

“As campaign chairs of Vax Live, my husband and I believe it’s critical that our recovery prioritises the health, safety and success of everyone – and particularly women, who have been disproportionately affected by this pandemic.”

The pregnant duchess added: “Women, and especially women of colour, have seen a generation of economic gain wiped out.

“Since the pandemic began, nearly 5.5 million women have lost work in the US, and 47 million more women around the world are expected to slip into extreme poverty.”

Meghan, wearing her hair loose over her shoulder and cradling her stomach, said: “My husband and I are thrilled to soon be welcoming a daughter.

“It’s a feeling of joy we share with millions of other families around the world. When we think of her, we think of all the young women and girls around the globe who must be given the ability and the support to lead us forward.”

Earlier this week, Harry and Meghan wrote an open letter to the chief executives of pharmaceutical companies like Pfizer, Moderna and AstraZeneca urging them to redouble their support for the UN-sponsored Covax programme.

The couple have called on all firms to temporarily suspend intellectual property rights applied to Covid vaccines, and for a “global public-private collaboration” so production methods for the jabs can be shared.

The Sussexes’ intervention into the global debate about the vaccine rollout came on the second birthday of their son Archie, and separately they have asked those wanting to mark this to donate funds which will support Covax.

Harry and Meghan’s recent interview with Oprah Winfrey left the royal family in crisis after they alleged the monarchy was a racist and uncaring institution.

The couple claimed a member of the family, not the Queen or the late Duke of Edinburgh, made a racist comment about their son, and said the duchess had suicidal thoughts but her approaches to the monarchy for help were turned down. 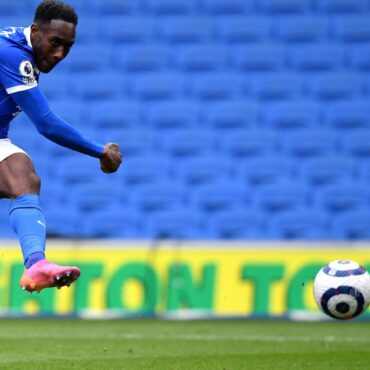 Graham Potter believes Danny Welbeck is loving life at Brighton and is hopeful of keeping the former England forward at the Amex Stadium. Welbeck has grown into an influential player for the Seagulls since arriving as a free agent in October but is out of contract in the summer. The 30-year-old helped put Albion on the brink of Premier League safety with a fine individual effort to seal last weekend’s […]