E.U. Cuts Payments to Poland in Dispute Over Unpaid Fines 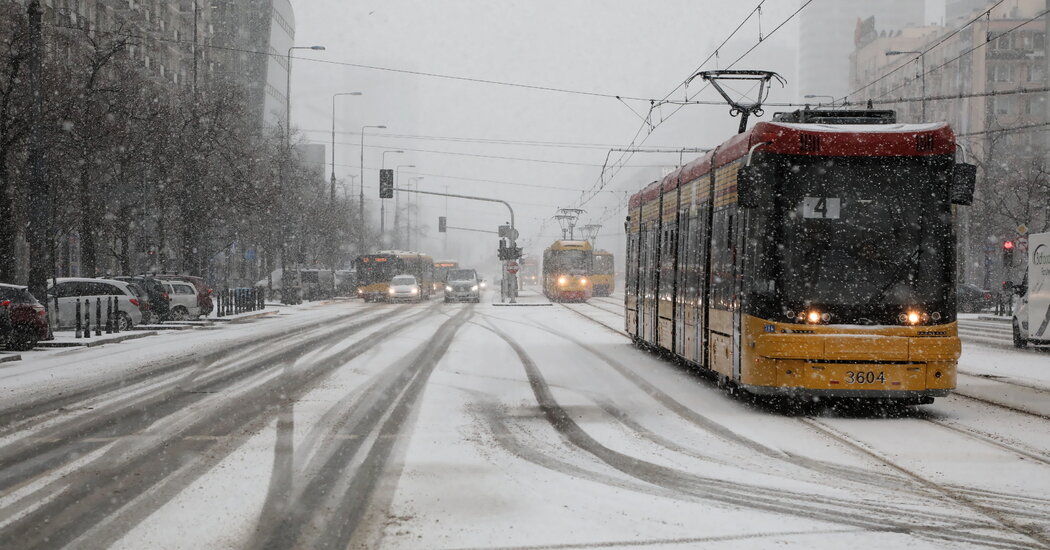 BRUSSELS — The European Union will withhold millions of euros in payments to Poland to recover unpaid fines, the bloc said on Tuesday, the first time it has used such a method to discipline a member country and deepening a rift when tensions in the region have been mounting over the crisis in Ukraine.

The move by the European Commission, the European Union’s executive arm, underscored its determination to pursue a new, more aggressive strategy with wayward members even amid shows of unity within the bloc with Russian troops massing on the border with Ukraine.

The commission said it would pursue a formal procedure to recover the fines that the Polish government has refused to pay in a dispute over its refusal to comply with an E.U. legal order related to its operation of a lignite mine, a day after Poland’s president, Andrzej Duda, met with top E.U. officials, including Ursula von der Leyen, president of the European Commission.

The meetings were ostensibly over the Ukraine crisis, but they were overshadowed at least in part by tensions between Poland and the European Union over what the bloc sees as democratic backsliding by Warsaw and its refusal to abide by E.U. law, although Mr. Duda was eager on Monday to stress the need to focus on the external threat.

The commission, which is expected to withhold about 15 million euros, or about $17 million, said it would continue to pursue remaining unpaid penalties, which by now have snowballed to around 60 million euros.

Poland and the European Union have been embroiled for years in a bitter feud over a wide array of issues that European officials say is the result of Poland’s efforts to untether itself from the bloc’s rules and standards. That includes efforts to marginalize its L.G.B.T.Q. community, its assertion that Polish law is paramount to E.U. law, and its reluctance to phase out fossil fuels in line with Europe’s ambitious climate policy.

The European Union is now facing an existential dilemma over how to deal with members — like Poland or Hungary — that refuse to play by what the bloc sees as fundamental rules but do not intend to follow the example of Britain, which left in 2020, preferring to reap the benefits of E.U. membership that are primarily financial.

The European Court of Justice in September fined Poland 500,000 euros a day for refusing to comply with its ruling to halt operations of a lignite mine near the Czech Republic pending a ruling on a lawsuit brought by the Czech government.

Poland had said for months that it did not intend to obey the order to halt the mining operations as it would jeopardize the country’s energy security. But on Thursday, the government signed an agreement with the Czech government ending the dispute.

Despite that deal, the commission said it would still deduct the accumulated fines from the funds that Poland is scheduled to receive this year. Poland is the first member in E.U. history to refuse to pay a penalty imposed by the bloc’s top court.

Poland is also the largest recipient of E.U. funds, which have been used to modernize the country, financing everything from roads and railways to farmers’ subsidies and scientific research. But the commission insisted on Tuesday that the budget cuts would not affect ordinary Poles, but the government.

Balazs Ujvari, the bloc’s spokesman for budgetary issues, said: “The member state in question remains under the obligation to continue its payments to final beneficiaries.”

Last month, Piotr Muller, a spokesman for the Polish government called collecting the penalties “contrary to E.U. law.” Reacting to Tuesday’s announcement, Mr. Muller said: “Poland will use all possible legal means to appeal against the commission’s plans.”

Although the amount deducted from Poland on Tuesday is relatively small — the E.U. contributed about 18 billion euros to the country in 2020 — it is a significant step in the dispute, analysts say.

“We are reaching a moment when push is coming to shove, and the E.U. instruments are starting to bite,” said Georg Riekeles, associate director of the Brussels-based European Policy Center. “It will force Poland to make political decisions. Fundamentally, this situation is no longer sustainable long term.”

The governing Law and Justice party in Poland has been under mounting domestic pressure over soaring inflation and a botched response to the Covid-19 pandemic and needs all the E.U. money it can get. But the objective of keeping together a fragile governing coalition that includes a far-right fraction, which opposes any compromise with Brussels, limits the government’s scope of action, analysts say.

The bloc’s top court is set to rule next week on the validity of a new rule that links disbursement of all E.U. money to respect for the rule of law, which could hit Poland particularly hard.

In a separate case, Poland is also facing a deadline to pay 69 million euros for refusing to comply with the court’s order to suspend a disciplinary system for judges, which critics say has been used by the government as a tool of intimidation. The fine, which has been increasing by one million euros daily, is also to be deducted from the regular payments next month, the commission said.

In a bid to strike a compromise with Brussels, Mr. Duda last week proposed dismantling part of the disciplinary system, which is one of the key issues at the heart of Poland’s standoff with the bloc, suggesting a softening of the Polish government’s position.

After the meeting with E.U. officials on Monday, Mr. Duda warned of internal E.U. divisions given the threat of a conflict with Russia: “Any conflict within the European Union is now grist to the mill to our adversaries.”

But legal analysts say that Mr. Duda’s draft bill does not fully address the bloc’s concerns, and given that it already faced criticism from the far-right partners in the ruling coalition, it is unlikely to make its way through the country’s legislative process intact.

“This is an attempt to eat the cake, and have it too,” said Jakub Jaraczewski, research coordinator at Democracy Reporting International. “Even if it would pass, it still leaves the government many options to intimidate rebellious judges.”

Still, some analysts say that the tensions over Ukraine, just across the border from Poland, could eventually help calm the tensions between Warsaw and Brussels.

“This crisis can ultimately build more unity,” said Mr. Riekeles of the European Policy Center. “When you have Russia playing war on your periphery, it will help to drive the Europeans together, including Poland, rather than the opposite.” 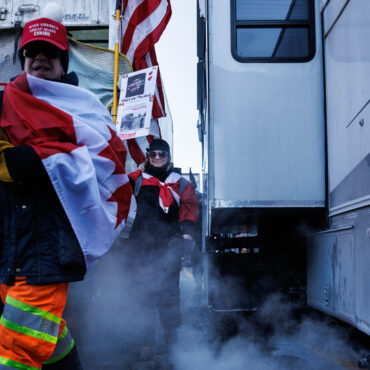 Eleven days into an unruly occupation against coronavirus restrictions that has paralyzed Canada’s capital, the protests have become a rallying cry for powerful far-right and anti-vaccine groups around the world that have made the cause their own.The demonstration in Ottawa started in January as a loosely organized convoy of truck drivers and protesters rumbling across the country to oppose the mandatory vaccination of truckers crossing the U.S.-Canada border. It soon […]