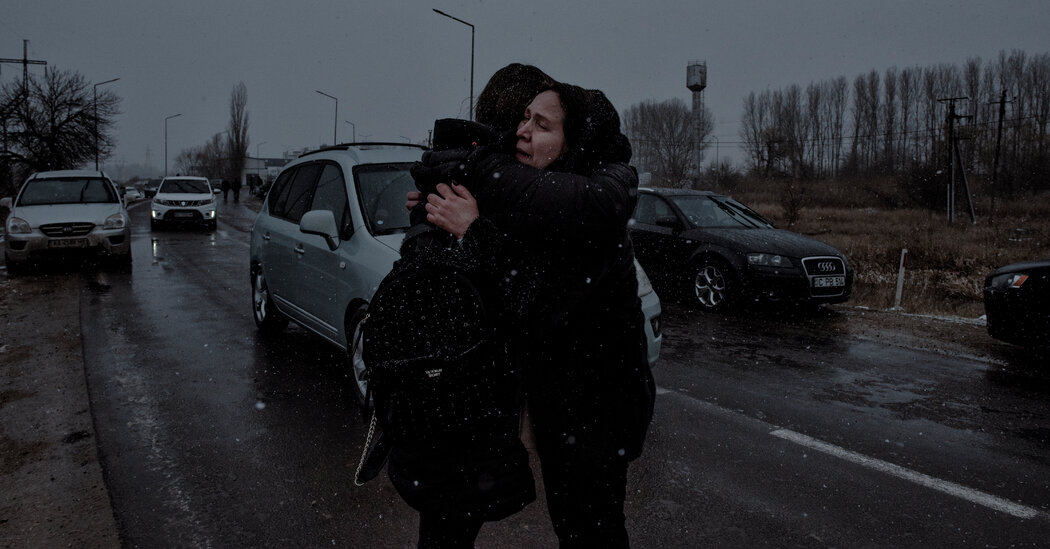 The European Union is expected to grant temporary protection to all Ukrainians, as record numbers of refugees fleeing Russia’s invasion move into the bloc, in what rights advocates warn could become a massive humanitarian crisis.

According to the United Nations refugee agency, more than 870,000 people have fled Ukraine since the Russian incursion began last Thursday, with an overwhelming majority reaching bordering E.U. countries, including Poland, Hungary, Romania and Slovakia.

The exodus of people, in some cases leaving behind their homes, families, careers or educations, is among the biggest outflows of refugees in Europe’s borders in recent decades. The U.N. refugee agency has warned that the dislocation of so many people could become Europe’s largest refugee crisis this century.

Four million Ukrainians are expected to leave their country as a consequence of the conflict, according to the European Commission, the bloc’s executive arm.

As fears of a humanitarian crisis intensify, the commission on Wednesday asked the E.U.’s 27 national governments to trigger a special mechanism that would grant blanket protection for up to three years for all Ukrainians fleeing the conflict.

Under the measure, which would apply to Ukrainian nationals, as well as foreigners who have been long-term residents, refugees or asylum-seekers in Ukraine, those qualified would be granted the right to live, study and work across the bloc for up to three years. In parallel, they could also apply for long-term asylum.

Foreign students and temporary workers fleeing Ukraine would not be granted blanket protection, but would be allowed to cross into the bloc, and then be repatriated unless there was “a hindrance” for them to return to their home countries. Ukraine has been home to a number of African and Asian students and temporary workers, some of whom have reported discrimination from Ukrainian authorities while trying to flee.

The initiative is expected to be approved on Thursday by a majority of member nations, as Europe has been galvanized to action by the human toll of a nearby war.

The warm embrace of Ukrainian refugees is a stark contrast to a European refugee crisis in 2015, when more than a million refugees, many of them fleeing strife and conflict in the Middle East and Africa, poured into the bloc, spurring an anti-immigrant backlash and fanning support for political parties on the far right.

While the solidarity shown to Ukrainian refugees has been welcomed by rights advocates, some say the different reaction suggests a humanitarian double standard, prioritizing aid to white Christians over Europe’s collective responsibility to help others fleeing conflict.

A critical city. Russia’s push to seize key Ukrainian cities accelerated on the seventh day of the invasion, with Russia claiming that its forces were in control of Kherson, though Ukraine disputed the claim. More explosions struck Kyiv, and the siege of the city of Kharkiv continued.

Until now, most Ukrainians have been able to travel freely in the bloc visa-free for up to 90 days. Many have already joined relatives and friends in countries with big Ukrainian diasporas, such as the Czech Republic, Germany, Italy, Poland, Portugal and Spain.

Poland, which already hosts a large Ukranian population, has seen almost 500,000 people arrive in the last week. Ukrainian refugees arriving there have been met with an outpouring of solidarity, from both ordinary Poles and the Polish government.

On Wednesday, representatives of Hungarian and Polish governments spoke out to highlight the difference between Ukrainian refugees and those coming from other regions. “More than 100,000 refugees have arrived in Hungary so far,” said Zoltan Kovacs, a spokesman for Prime Minister Viktor Orban of Hungary, who in the past has railed against the threat of migrants and encroaching Islam.

“We are caring for them, we have been prepared for accepting them,” Mr. Kovacs said, referring to the latest influx of Ukrainian refugees. “Our political opponents’ claim that we are letting illegal migrants enter Hungary is an outrageous lie.”

The so-called temporary protection directive was created during the 2001 refugee crisis in Kosovo, when tens of thousands of ethnic-Albanians fled in the aftermath of war in the Balkans. But it has not been activated since. Asked why it had not been used to grant protection to Syrian refugees in 2015, when Syrians were fleeing civil war in their country, an E.U. official said it didn’t make sense at the time. 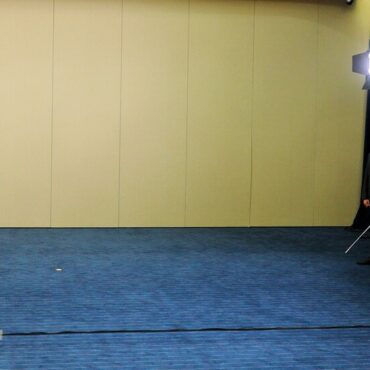 A conductor, perceived to be aligned with the opposition in wartime, pushed from his podium in disgrace.Another, two decades later, offered a prestigious position, only to withdraw under pressure after protests of his ties to a despised foreign regime.The first, Karl Muck, a German-Swiss maestro, led the Boston Symphony Orchestra until he was arrested and interned, in what is now widely viewed as a shameful example of anti-German hysteria at […]