Egypt imposes a vaccine mandate for all government workers and university students. 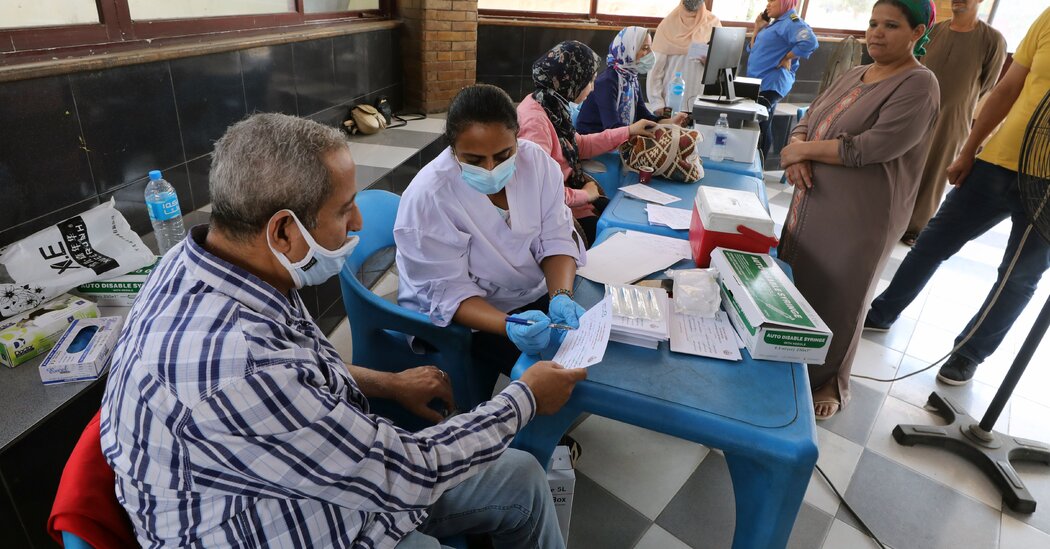 The Egyptian authorities, anticipating the delivery of tens of millions of doses of Covid-19 vaccines, have issued a sweeping vaccine mandate that encompasses a broad swath of society, including teachers, other government employees, university students and people seeking any government services.

Egypt is the Arab world’s most populous country, with more than 100 million citizens. Its decision to ramp up its vaccination campaign with a mandate follows the model set by wealthier neighbors like Saudi Arabia and the United Arab Emirates, which are far ahead of Egypt in vaccinating their smaller populations.

A spokesman for the Egyptian cabinet, Nader Saad, said on Sunday in a television appearance that beginning on Nov. 15, civil servants will not be allowed into their workplaces unless they can show that they have received at least one vaccine dose, or can provide proof of a negative PCR test each week.

The tests are taken at the worker’s expense and cost $58 each, a daunting amount for someone earning government wages. Employees who do not comply will face disciplinary action, he said.

According to the government, slightly more than half of the country’s three million university students and staff members have been vaccinated so far. Of Egypt’s five million government employees and schoolteachers, Mr. Saad said, about 600,000 had yet to receive a dose of vaccine.

By Dec. 1, the proof-of-vaccination requirement will also extend to anyone seeking to enter a government building to access government services.

So far, only 6.3 percent of Egypt’s population is fully vaccinated, and another 6.7 percent have had a first dose, according to the Our World in Data project at Oxford University.

Delays in delivery of vaccination doses through the global Covax program earlier this year stalled the government’s plan to inoculate 40 percent of the population by Dec. 31. In the spring and summer, many people complained of waiting months to receive a response to their applications for vaccine appointments.

But as Egypt began receiving more vaccine doses in recent weeks, the government stepped up its efforts to encourage the public to get the shots, with television ads and bus convoys that offer T-shirts, mugs and flash drives to people who register for the vaccine on the spot. The government also held vaccination drives for civil servants and university students.

For now, it is not recommended. Pfizer vaccine recipients are advised to get a Pfizer booster shot, and Moderna and Johnson & Johnson recipients should wait until booster doses from those manufacturers are approved. ​​The F.D.A. is planning to allow Americans to receive a different vaccine as a booster from the one they initially received. The “mix and match” approach could be approved once boosters for Moderna and Johnson & Johnson recipients are authorized.

Still, some Egyptians remain reluctant, and efforts to raise awareness of the vaccines have lagged.

Egypt’s underfunded health system has been hit hard by the pandemic, which is now in a fourth wave in the country. Hundreds of doctors and medical staff members have lost their lives to Covid, and hospitals struggled at the peak of each wave to accommodate patients. The most recent wave began in late July, as the Delta variant was detected and infections and deaths began rising steadily.

Egyptian officials say they expect to have received 70 million doses by the end of the month. Figures from Our World in Data show that at least 20 million of the doses have been administered.

The government has also begun to produce a Chinese vaccine, Sinovac, domestically, aiming to achieve self-sufficiency and eventually export the vaccine to other African countries.

The country has reported more than 300,000 coronavirus cases and more than 18,000 deaths since the start of the pandemic, but experts say the true figures are most likely much higher. Some analysts have raised concerns that Egypt and other authoritarian governments may be deliberately undercounting cases and deaths; Egypt’s government rejects any such assertion. 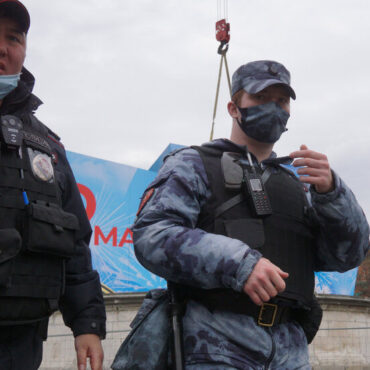 Mr. Putin said that workers should be paid even if they don’t work, but did not stipulate who would foot the bill. Details about implementing the decree, including who would be considered an essential worker, will be left to regional leaders.Russian-made coronavirus vaccines, including Sputnik V and the one-dose Sputnik Light, are widely available country, but only 45 million of the country’s 146 million people have been fully vaccinated. Scholars […]