Emma Raducanu is the new face of Dior

Emma Raducanu has been named a Dior ambassador just over a month after winning the women’s singles title at the 2021 US Open.

The 18-year-old British tennis star will represent the womenswear collections of French luxury fashion house as well as its skincare and makeup categories. Ahead of the announcement on Tuesday, Raducanu was spotted at the world premiere of the James Bond film “No Time to Die” in September wearing a Grecian style gown designed by Dior’s creative director Maria Grazia Chiuri for the Cruise 2022 collection.

Emma Raducanu at the “No Time To Die” premiere in Dior. Credit: Dave J Hogan/Getty Images

In an interview with British Vogue, Raducanu expressed how meaningful the red carpet event was to her. “Being able to wear a dress like that made with all the magic in the Dior ateliers was a totally unique experience,” she said. “The detailed embroidery was exceptional and I was so honoured to attend my first movie premiere in it.”

Raducanu shot to fame following her strong showing at Wimbledon this past summer, then stunned the tennis world when she won the US Open as a newcomer, beating out 19-year-old Canadian tennis player Leylah Fernandez in the finals. She is the first qualifier to win a Grand Slam title.

Raducanu was a wild card to win the US Open title this year. Credit: Tim Nwachukwu/Getty Images

The Dior gig isn’t Raducanu’s first foray into the fashion world. She made her Met Gala debut last month in a printed black-and-white Chanel ensemble before signing on with Tiffany & Co. as an ambassador to the famed jewelry brand. Now, she’ll be working with Churi as well as Peter Philips, who helms Dior’s skincare and makeup lines.

Other recently named famous ambassadors for the brand include K-pop star Jisoo and actor Yara Shahidi. 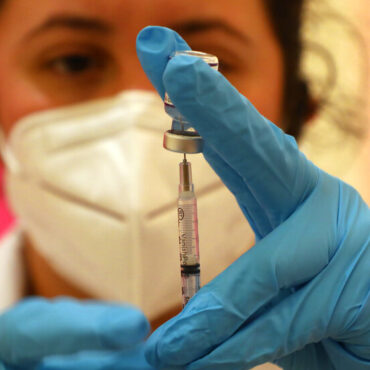 The Food and Drug Administration seems likely to allow Americans to switch vaccines when choosing a Covid-19 booster shot. That authorization, which could come this week, is the latest development in a long-running debate over whether a mix-and-match strategy helps protect people from the coronavirus.Here are answers to some common questions about mixing and matching booster shots.How is mix-and-match different?Immunizations typically consist of two or more doses of the same […]