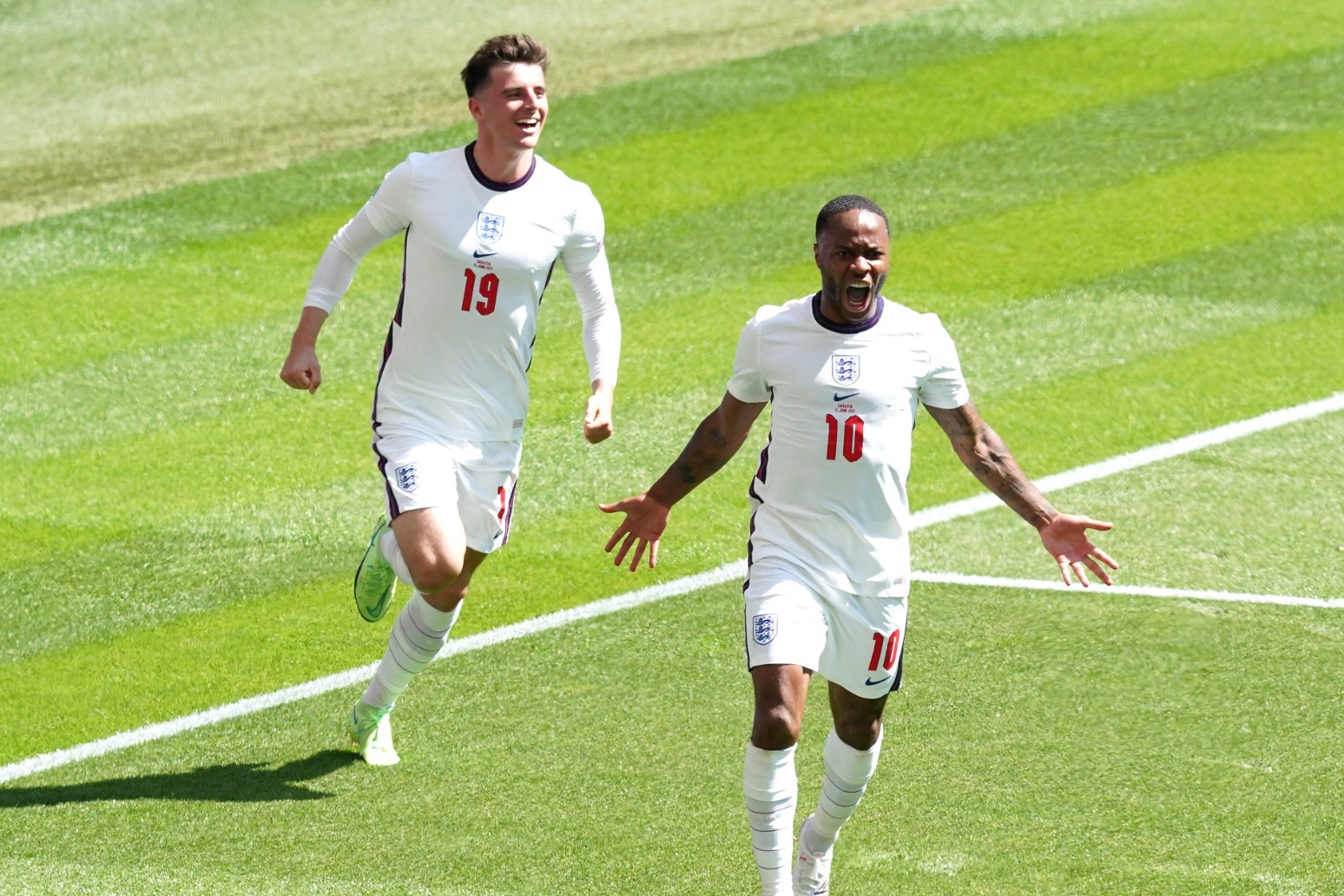 A second half goal from Raheem Sterling, his first in a major tournament, secured the victory

Three years on from their heartbreaking extra-time loss at the Luzhniki, the Three Lions exacted some sort of revenge by triumphing in the Group D opener at a pulsating, partially filled Wembley.

Sterling could see the stadium from his house growing up and scored under the arch that is etched onto his arm, securing a 1-0 win against Croatia on a sweltering Sunday afternoon in the capital.

A smattering of jeers when players took the knee before kick-off made way for a start as lively as the socially distanced crowd at the first major men’s international tournament match on home soil since Euro 96.

Phil Foden’s new bleach-blond look has been likened to Paul Gascoigne’s back then and the 21-year-old came close to producing a moment of magic the England great would have been proud of when hitting a post.

England shone during that encouraging opening 20 minutes, only for Croatia to settle and take the sting out of a sharp attack that continued to underwhelm early in the second half.

The Three Lions had never previously won their opening game at a European Championship and, just as fans began to worry that run might continue, a moment of incision cut the visitors’ backline open.

The impressive Kalvin Phillips cut inside and smartly put through Sterling to smash home his first tournament goal as fans celebrated a Three Lions strike at Wembley for the first time since November 2019.

It proved the winner at the end of a week to remember for the 26-year-old, who was made an MBE for his work for services to racial equality in sport in the 2021 Queen’s Birthday Honours.

Sterling continued that fight by taking the knee before kick-off alongside his team-mates, with some ignoring pleas to respect players by booing the gesture before applause and cheers drowned the minority out.

The restricted crowd inside Wembley created a din that belied that 21,500 attendance, with England flying out of the blocks and going agonisingly close to a dream sixth-minute opener.

The 21-year-old kept his composure under pressure, cutting in and quickly curling a lovely left-footed shot from just inside the box that hit the base of a post and came out.

Dominik Livakovic’s goal was under pressure again three minutes later, with the Croatia keeper forced to stop a fizzing volley from Phillips.

England continued on the front foot as the visitors struggled to get a foothold on the ball, only for experienced Croatia, led by skilful, wily skipper Luka Modric, to begin to play on their terms.

By the midway point of the opening period it was Zlatko Dalic’s men controlling possession, although Ivan Perisic’s mishit first attempt was all they could muster.

England’s early attacking intensity had dissipated, with Trippier hitting a well-placed free-kick against the wall.

Mateo Kovacic was booked for a late challenge on Chelsea team-mate Mason Mount early in the second half, with his pained yelp heard from the stands, and Jordan Pickford comfortably dealt with a hopeful Modric effort.

Croatia were not creating much but England were looking passive, leading fans to chant Jack Grealish’s name as the playmaker began to warm up.

But the slow creep of frustration soon turned to elation as England made the breakthrough.

Kyle Walker sent a low ball forwards to Phillips, who smartly turned inside from the right and played through for Sterling to smash past Livakovic under pressure and send Wembley wild.

That 57th-minute strike was followed by a nerve-wracking moment as captain Harry Kane clattered the post when challenging for a cross. The stretcher was brought out as the striker was treated, but he got back up to a hearty cheer.

Croatia moved up a gear after that break in play as they attempted to level, with Ante Rebic and Marcelo Brozovic having attempts.

Mount was a whisker away with a 25-yard free-kick and Sterling looked frustrated after lashing over from a Tyrone Mings knockdown as England looked to rubber-stamp victory.

John Stones was able to run off a knock and Southgate introduced 17-year-old Jude Bellingham for the closing stages; he became the youngest player to feature in Euros history.

England had to dig deep and contain Croatia until the end but they held on for the narrow victory, with Southgate’s delight clear after a late miss for the visitors was followed by the final whistle. 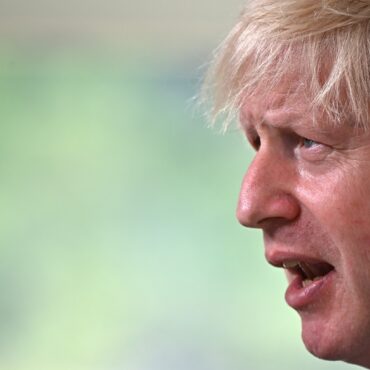 The Prime Minister is expected to announce a four-week delay to the planned date of 21st June Boris Johnson is facing a furious backlash from Tory MPs as he prepares to put the final lifting of coronavirus lockdown restrictions in England on hold. The Prime Minister is expected to announce the ending of social-distancing rules – which had been slated for June 21 – will be delayed for four weeks […]