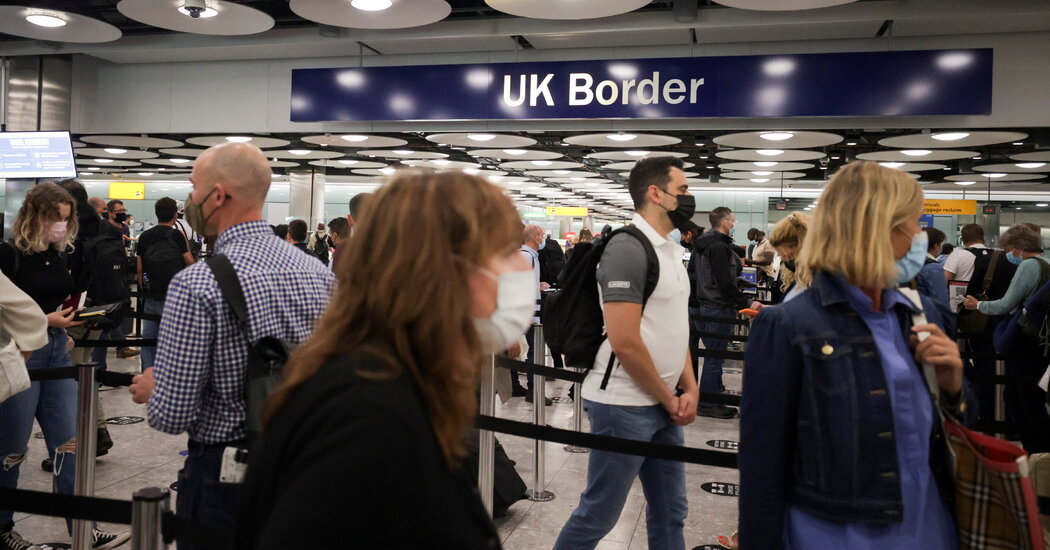 LONDON — Britain on Monday streamlined England’s coronavirus restrictions on international travel in and out of the country and eased testing and quarantine requirements for fully vaccinated arrivals, citing the success of its vaccination campaign.

The change, which went into effect at 4 a.m. local time, replaced a three-tier traffic light-inspired system with a single “red” list of countries and territories that present the highest risk.

Critics had complained that the old system — which periodically involved the government altering the risk status of countries and which left Britons scrambling to figure out the latest rules during vacations — had caused confusion within the travel industry.

“We are accelerating towards a future where travel continues to reopen safely and remains open for good,” Grant Shapps, Britain’s transportation secretary, said in a statement, “and today’s rule changes are good news for families, businesses and the travel sector.” Mr. Shapps attributed the move to the vaccination rate; 67 percent of the population of the United Kingdom is fully vaccinated.

Under the new rules, fully vaccinated travelers entering England will no longer be required to take a pre-departure coronavirus test when returning from a country that is not on the red list. And though travelers must still pay for a test to take on the second day after their return, beginning later this month, the government said it would accept less expensive rapid tests over polymerase chain reaction, or P.C.R., tests.

Arrivals who tested positive, however, would still need to isolate and take a P.C.R. test, “which would be genomically sequenced to help identify new variants,” the government said.

Testing and quarantine requirements for those who are not fully vaccinated remain the same, as do rules for those entering from “red” list countries.

After the success of a pilot test involving arrivals from United States and Europe, England will also begin a phased approach to recognizing vaccinations that have been administered in other countries and territories, expanding that list on Monday to over 50 countries including the United Arab Emirates, Japan and Canada.

In the past week, Britain reported an average of 33,779 daily cases and 112 daily deaths, according to a New York Times database. Cases have increased by 16 percent from the average two weeks ago. 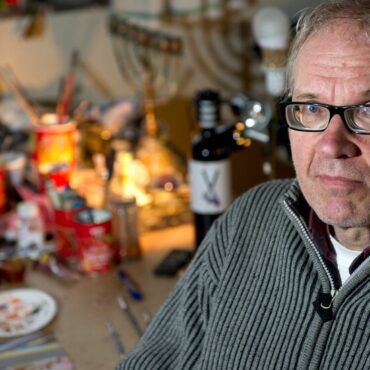 Lars Vilks, an artist and free speech activist whose cartoon depiction of the Prophet Muhammad on the body of a dog in 2007 made him the target of numerous assassination attempts, was killed in a car crash in Sweden on Sunday, the police said.Mr. Vilks, who had been under police protection since 2010, was headed toward his home in southern Sweden when the civilian police vehicle he was traveling in […]