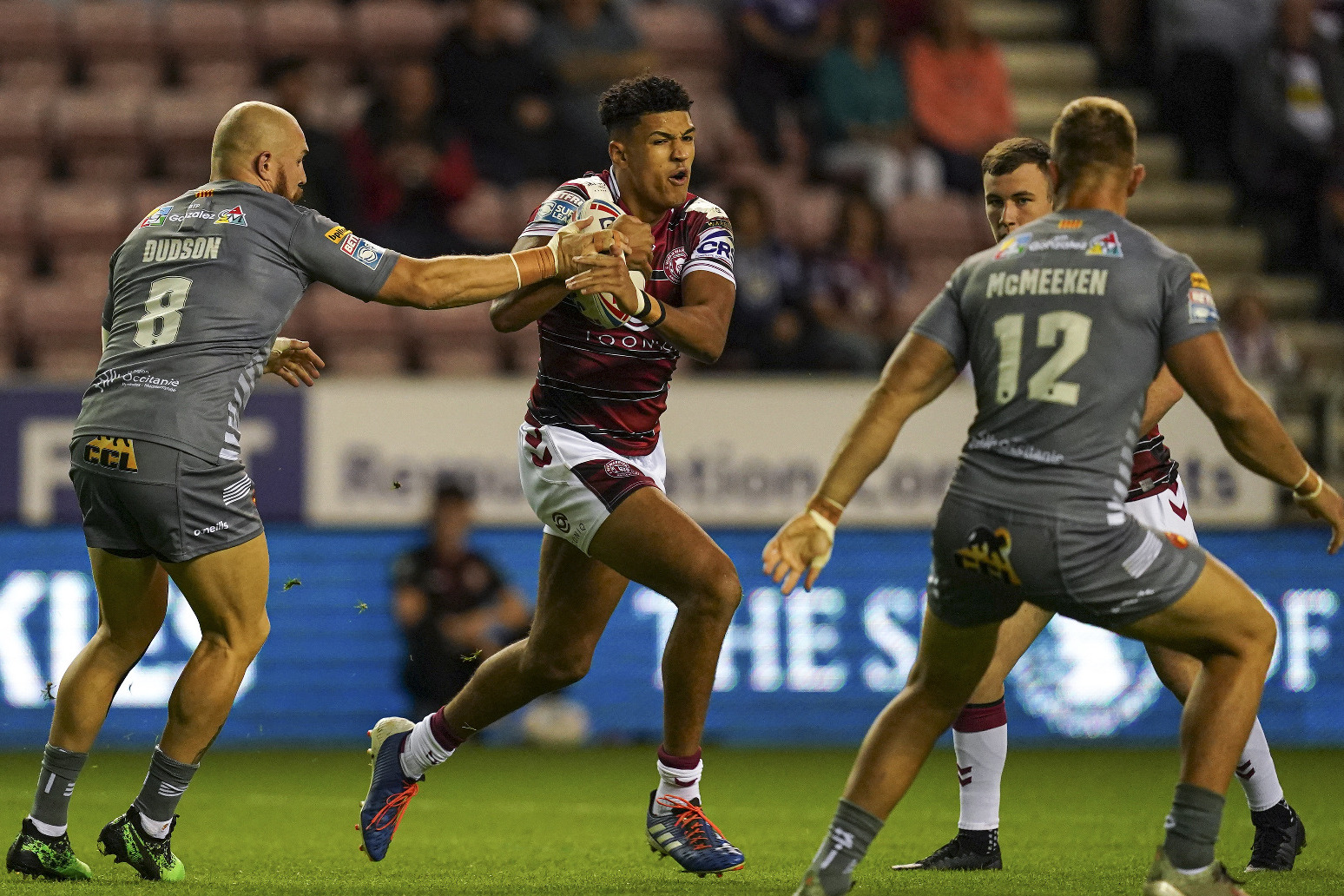 Rugby league fans will get a glimpse of what England’s World Cup squad might look like in 2025, including a player dubbed the next Sonny Bill Williams, when the Knights take on Jamaica at Castleford on Friday night.

Among the crop of rising stars on show will be 20-year-old Londoner Kai Pearce-Paul, who burst onto the Super League scene with Wigan in 2021, demonstrating the ball-handling skills reminiscent of the all-time great New Zealander.

The man who first noticed the similarities with the dual-code international was Pearce-Paul’s older brother Kameron, a centre with London Skolars.

“He’s been saying that since I was young, that I’d be the next Sonny Bill Williams,” said the Warriors second rower, who is an imposing 6ft 5in.

“I like to offload, a similar style to Sonny Bill. He’s a great, great player, someone I looked up to when I was young.”

The Bromley-born Pearce-Paul, whose younger brother Kaden is with Saracens, played his amateur rugby league at Croydon Hurricanes from where he joined London Broncos’ academy and was signed on a four-year contract by Wigan in 2019.

He made his Super League debut against St Helens just over 12 months ago and in 2021 made 19 appearances, 13 of them in the starting line-up.

The routes still flying the A380 superjumbo

(CNN) — When Airbus announced plans to cease production of its A380 aircraft back in 2019, heartbroken aviation fans found solace in the fact that the superjumbo wasn't set to stop flying anytime soon. Production on this much-loved aircraft was due to continue for another couple years, and plenty of airlines had active A380s in their fleet.But fast forward a year, and the A380's hefty size and steep operational costs […]