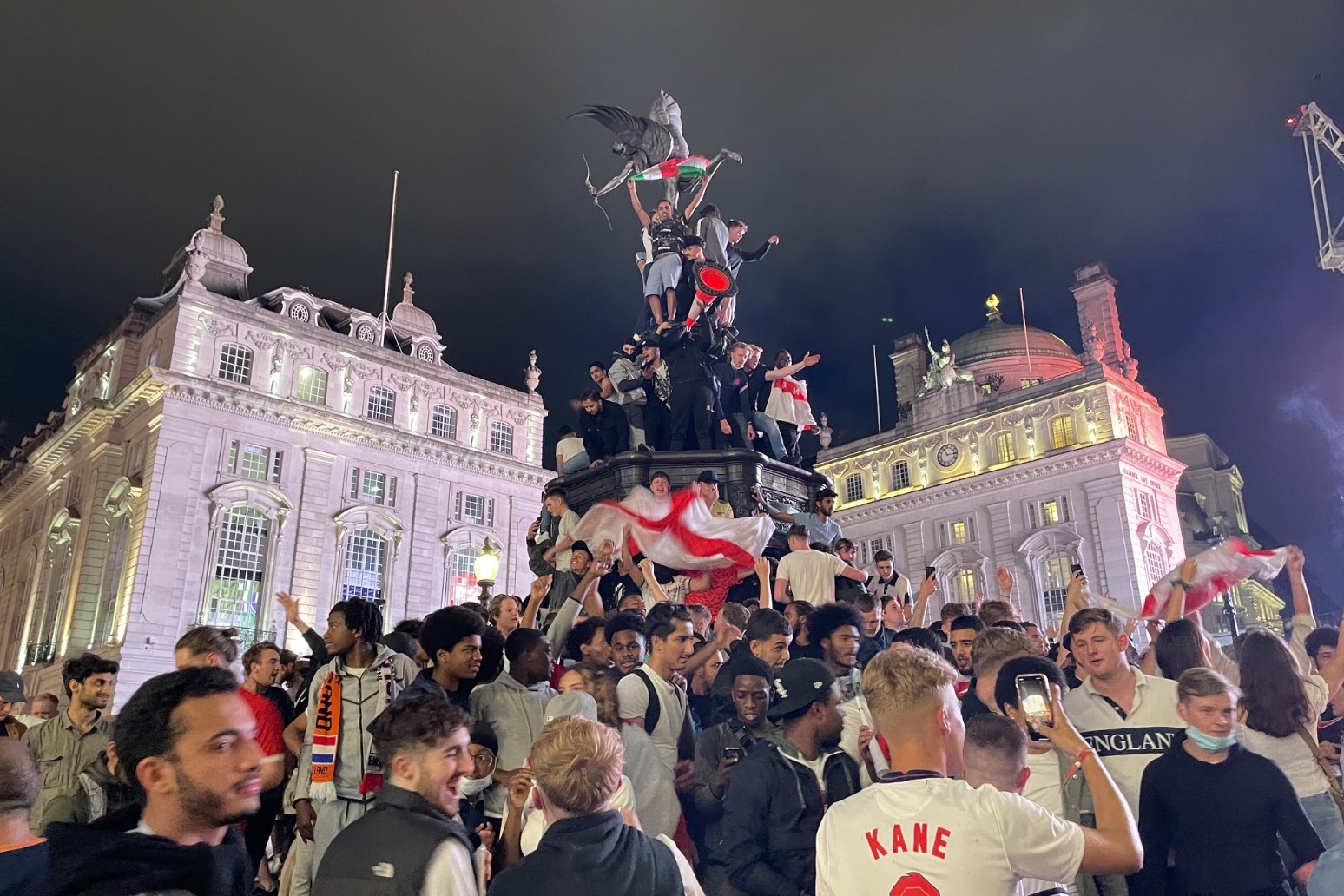 England fans were propelled into a state of euphoria after a hat-trick of goals from the team’s two Harrys edged the Three Lions closer to Euro 2020 glory.

And it was Jordan Henderson who took the scoreline to a hefty 4-0 as the nation began to look ahead to a semi-final tie with Denmark.

Fans who dared to dream that Gareth Southgate’s men will continue on the path to glory were given an early boost when Kane hit the back of the net just minutes into the match.

Jubilant fans in London’s Trafalgar Square jumped up and screamed with delight, throwing their cups of beer into the air and hugging each other in celebration.

The match remained 1-0 in England’s favour at half-time, with fans hoping the country was just a rousing manager’s pep talk and 45 minutes away from victory.

And it was not long before fans had reason to cheer thanks to a successful header from Maguire, which was quickly followed by a second goal for Kane, making it 3-0.

In a matter of minutes, Henderson headed home his first international goal to make it 4-0.

The Duke of Cambridge was among those expressing excitement for what lies ahead, with a post on Twitter saying: “Another top team performance and clean sheet from @England tonight. #ThreeLions. Well played to Ukraine. Can’t wait for Wednesdays semi final!”

The tweet was signed off with the letter “W”.

England needed to win at the Stadio Olimpico to make it into the semi-final, but fans and pundits had been confident.

Fans were urged not to travel as Italy remains on the UK’s amber list, but support for Gareth Southgate’s men remained high regardless of pandemic restraints.

Pictures showed England fans posing in front of the Colosseum ahead of the game, with some living outside the UK managing to get tickets.

In London, people gathered in the fan zone in Trafalgar Square on what they hoped would be a night to remember for all the right reasons.

Fans sang Hey Baby by DJ Otzi and dozens of men ripped off their shirts, swirling them around their heads after England scored the fourth goal.

One supporter, Marc Ghossein, told PA: “It’s an amazing feeling. We have been waiting for this for 25 years now. We’re almost at the semi-final, it’s coming home. England is going to win this year.

His friend Ellie Mhanna added: “England is going to win this year’s Euros for sure. They’ve been consistent and they deserve it.”

One woman, whose boyfriend had celebrated the win with the crowd, told PA: “He’s taken off his shirt now, there’s nothing I can do.”

Trevor Harris, 40, from Watford,told PA: “It’s coming home. You can hear everyone chanting it. England is England and it’s about time we actually started playing.”

Keira Starr, 19, added: “I thought we’d lose, but now I actually think we’ll be in the final.” 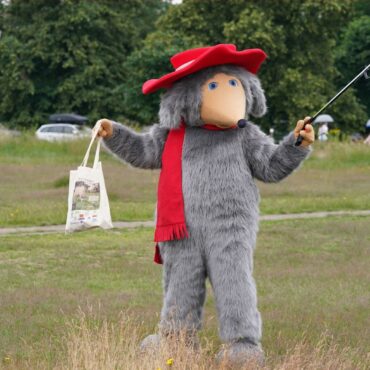