Erdogan Arrives in Kyiv and Reiterates Support for Ukraine’s Sovereignty 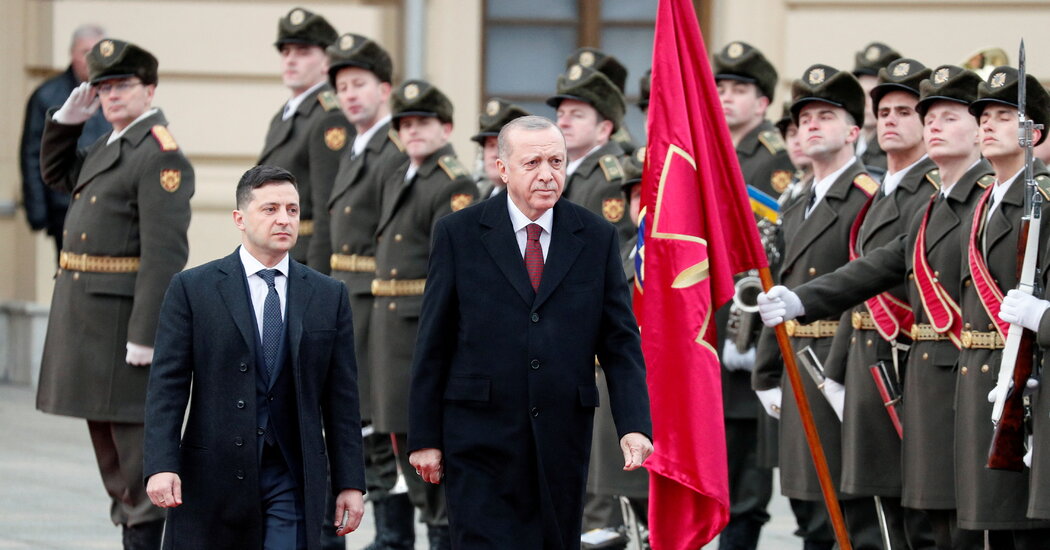 ISTANBUL, Turkey — President Recep Tayyip Erdogan of Turkey joined the ranks of world leaders traveling to Kyiv to offer support for Ukraine on Thursday, hoping to play a role as a mediator in the escalating crisis even as he walks a fine line between his calls to respect Ukraine’s territorial integrity without raising the ire of Moscow.

Turkey is a member of NATO but also maintains a complex relationship with Russia, developing deeper diplomatic and economic ties, yet clashing militarily in a growing number of arenas, including Syria, Libya and Azerbaijan.

Turkish officials said Mr. Putin would visit Turkey after his trip to China, but offered no details, and while Mr. Erdogan has offered to serve as a mediator between Moscow and Kyiv, neither government has taken him up on the idea.

Speaking to reporters in the capital, Ankara, before his plane departed, Mr. Erdogan said he was determined to help de-escalate the crisis.

“We are mentioning at every platform that we support our strategic partner and neighbor Ukraine’s territorial integrity and sovereignty,” Mr. Erdogan said. “As a Black Sea country, we invite all parties to caution and dialogue to make peace dominant in the region.”

In a bid to reassure Moscow, the Turkish defense minister, Hulusi Akar, stressed Ankara’s commitment to a treaty that strictly restricts NATO forces’ access to the Black Sea through the Bosporus.

In 2014, during a conflict in Georgia when Washington was seeking to deter Russian military action, Turkey refused to let American warships into the Black Sea.

Mr. Erdogan has military deals with both Ukraine and Russia, including the controversial purchase of a Russian defense system.

The purchase of that system, called the S-400, put Russian technology inside the territory of a key NATO ally, and American officials were deeply angered by the move.

At the same time, Russia was critical of Turkey’s sales of high-tech drones last year to the Ukrainian military. The Kremlin feared that the drones, which are produced by a company owned by Mr. Erdogan’s son-in-law, could be used to target Russia-backed troops fighting in two eastern breakaway provinces.

The Ukrainian military has acknowledged using the drone at least once in combat, last October.

Mr. Erdogan’s communication director, Fahrettin Altun, said in an interview with Bloomberg on Wednesday that the military cooperation between Ankara and Kyiv did not aim to target Russia. But Turkey would not also step back from that in order to please Russia, he added.

Turkey is also expected to sign a free-trade deal with Ukraine during Mr. Erdogan’s visit, increasing trade between the two countries to $10 billion from $7.5 billion. 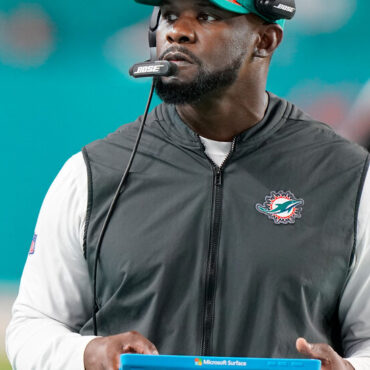 Second and even third chances are not that unusual for N.F.L. head coaches. Over their careers, several coaches have run three different teams, and most of them had only mixed records of success before getting the third job. If they had excelled in one of the earlier two jobs, after all, they might have still had it.The list of coaches to have run at least three teams without having won […]