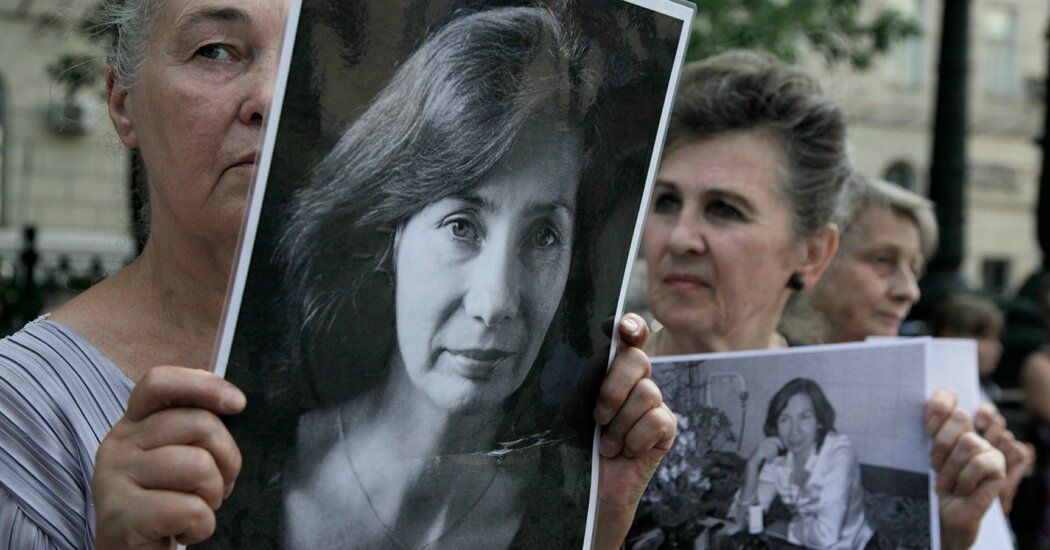 MOSCOW — The European Court of Human Rights on Tuesday faulted Russia’s government for failing to investigate the abduction and assassination a decade ago of one of the country’s most prominent human rights defenders, Natalya Estemirova.

The court ruled that Russian authorities had failed to thoroughly investigate the murder, and it pointed to contradictions in the evidence file that “led to doubt that the investigation had been effective.” It awarded Ms. Estemirova’s relatives 20,000 euros, or about $23,600, in damages.

But the court also ruled that the authorities could not be held directly responsible for the killing.

The case had become emblematic of the brutal methods and lack of accountability of Russian security services in repressing an Islamist insurgency in Chechnya that coincided with the early years of the U.S. wars in Afghanistan and Iraq.

Rights groups say that Russia’s tactics, never formally acknowledged by the government, focused on illegal policies of enforcing “collective responsibility,” in which family members of insurgents were targeted or their houses burned to compel fighters to surrender.

Ms. Estemirova, a star researcher with Memorial, a rights group, had for years documented victims of abductions, extrajudicial killings and house burnings in Chechnya. She was kidnapped off a sidewalk in Grozny, the Chechen capital, in July 2009, and her bullet-riddled body was later found in a field.

“She died precisely like the people she was trying to help,” said Tanya Lokshina, the associate director for Europe and Central Asia with Human Rights Watch.

“I kept thinking about it for many years, and think about it now, what she felt when she was dragged into that car and had a bag put over her head,” Ms. Lokshina said. “She became a character of one of her own stories, the stories she had been telling for years, and she died like many of them did.”

Years of inconclusive investigations followed, as is common with politically hued murders in Russia. Rights groups pointed the finger at the Russian security forces that Ms. Estemirova had implicated in abuses.

Government investigators blamed the insurgents, saying they had intended to embarrass the Chechen regional government led by Ramzan A. Kadyrov, himself a former insurgent whose family had flipped to the government side. The Investigative Committee, a Russian law enforcement agency, did not respond on Tuesday to a request for comment on the case.

The European Court of Human Rights, based in Strasbourg, France, is a venue of last resort for rights cases in Russia. The Russian government is treaty-bound to observe its rulings, part of an early post-Soviet effort to integrate Russia into the wider European human rights architecture.

Estemirova v. Russia was one of the higher-profile cases to come before the court in years, and the ruling Tuesday represented a partial vindication for Ms. Estemirova’s sister, Svetlana Estemirova, who filed the appeal in 2011.

Svetlana Estemirova had asked the court to find that Russian security services had violated her sister’s right to life under an article of the European Convention of Human Rights.

The court has repeatedly ruled against the Russian government, including in multiple cases of forced disappearances in Chechnya.

In the ultimately successful Russian campaign to pacify an Islamist uprising in Chechnya during the second of the region’s two post-Soviet wars, which began in 1999, targeting family members of fighters became a trademark Russian counterinsurgency tactic. American commanders in Iraq and Afghanistan, by contrast, have said that they did not deliberately target family members.

Rights groups estimate that about 5,000 people disappeared during the Russian operations and have documented the practice of punitive house burning and the abduction of family members to force the surrender of insurgent relatives.

Ms. Estemirova was a pivotal witness at the height of this campaign in the 2000s, traveling to Chechen villages to collect and publish stories of forced disappearances and other abuses.

“It is disappointing that the ruling is only partial,” said Ms. Lokshina with Human Rights Watch, of the court’s decision not to directly implicate security forces in the murder. But, she added, “it still gives some justice and some closure to Natalya’s relatives and colleagues.” 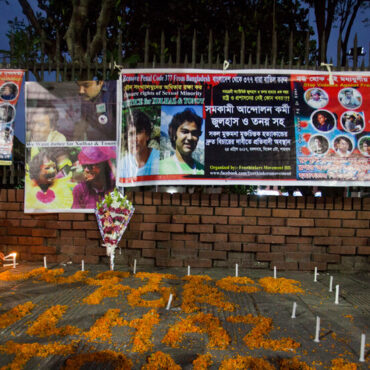 DHAKA, Bangladesh — Six men said to belong to an Islamist militant group were convicted and sentenced to death on Tuesday over the 2016 killings of a prominent Bangladeshi gay rights activist and his friend.When Xulhaz Mannan, an activist sometimes referred to as Julhas Mannan, and his friend Mahbub Rabbi Tonoy were hacked to death in April 2016, it was seen as yet another in a series of targeted attacks […]