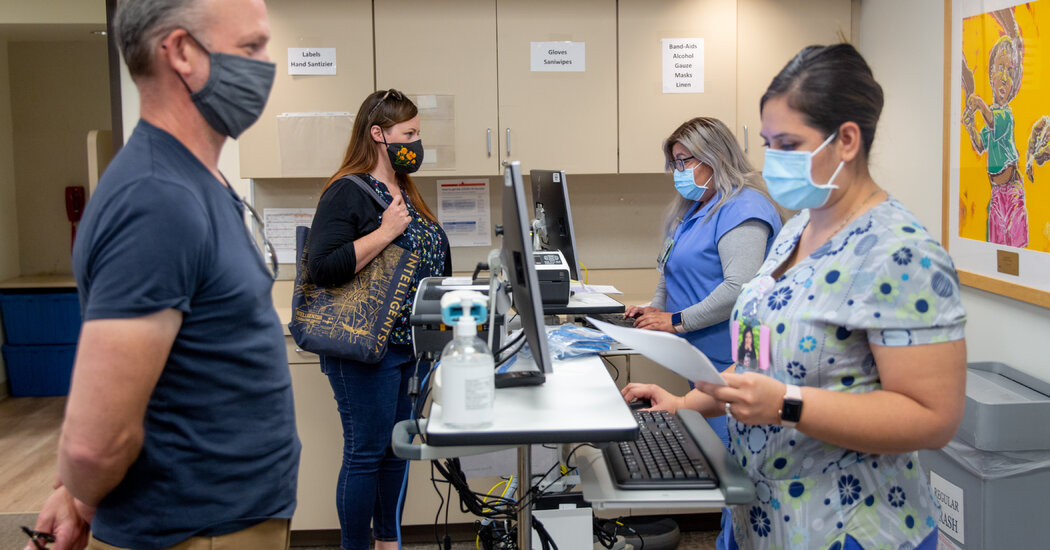 With deadlines for health care workers to get coronavirus vaccinations either in the past or quickly approaching, it is clear that only a fraction of those workers across the nation are choosing to risk their jobs by failing to comply.

The consequences employers warned of are becoming reality.

UCHealth System in Colorado fired 119 workers this week; Kaiser Permanente, based in California, has suspended more than 2,200 employees; and 400 workers have resigned from the Henry Ford Health System in Detroit rather than get inoculated.

On Friday, UCHealth, a nonprofit system serving the Rocky Mountain region, sent the last of several email reminders to the 119 employees — 0.5 percent of its work force — who had not received a vaccine or a medical or religious exemption. They had already been removed from weekend schedules and were notified this week of their termination.

“Certainly we would have liked 100 percent compliance,” Dan Weaver, vice president of communications, said in an interview on Wednesday. He said that the terminated employees were “encouraged” to reapply for their positions once they had been vaccinated.

Kaiser Permanente, which is based in California and is one of the nation’s largest nonprofit health plans, announced its vaccination requirement on Aug. 2, when 78 percent of its work force had already been inoculated. A spokesman said Wednesday that the level had risen to more than 92 percent.

Still, about 1 percent of Kaiser’s work force across the country — or approximately 2,200 workers — were put on unpaid administrative leave because they had not met the vaccine requirement, the spokesman said. They have until Dec. 1 to get vaccinated to be able to return to work. “We hope none of our employees will choose to leave their jobs rather than be vaccinated, but we won’t know with certainty until then,” he said.

The Henry Ford Health System required its employees to comply with its vaccination requirement by last Friday. The system announced on Tuesday that 99 percent of its 33,000 employees had been fully vaccinated, were soon to get their second dose or had received medical or religious exemptions.

But about 400 employees have resigned over the requirement, and new hires have already made up for the loss, officials said.

At Henry Ford, Bob Riney, president of health care operations and chief operating officer, said those who had left the company can reapply once they are inoculated.

“We are doing all we can to keep those doors open,” Mr. Riney told reporters. “Whatever their choice, we wish them the very best and appreciate the years of service they provided our community and organization.”

On Monday, Northwell Health, New York State’s largest health care provider, announced that 1,400 employees — less than 2 percent of its staff — had refused to get vaccinated against the coronavirus and had to leave their jobs.

President Biden announced a mandate on Sept. 9 that requires workers at nearly every hospital and health system in the country to get vaccinated or receive weekly coronavirus tests. 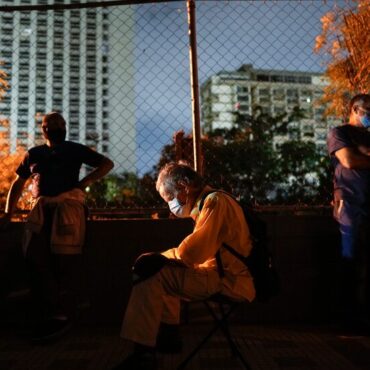 The U.N.-backed vaccine program will fail to meet its target for delivering doses to Latin America and the Caribbean this year, in part because wealthy countries that pay more for the shots are buying up most of the supply, a World Health Organization official said Wednesday.The global Covax program, the primary source of Covid vaccines for most of the world, aimed to provide enough doses this year for Latin American […]