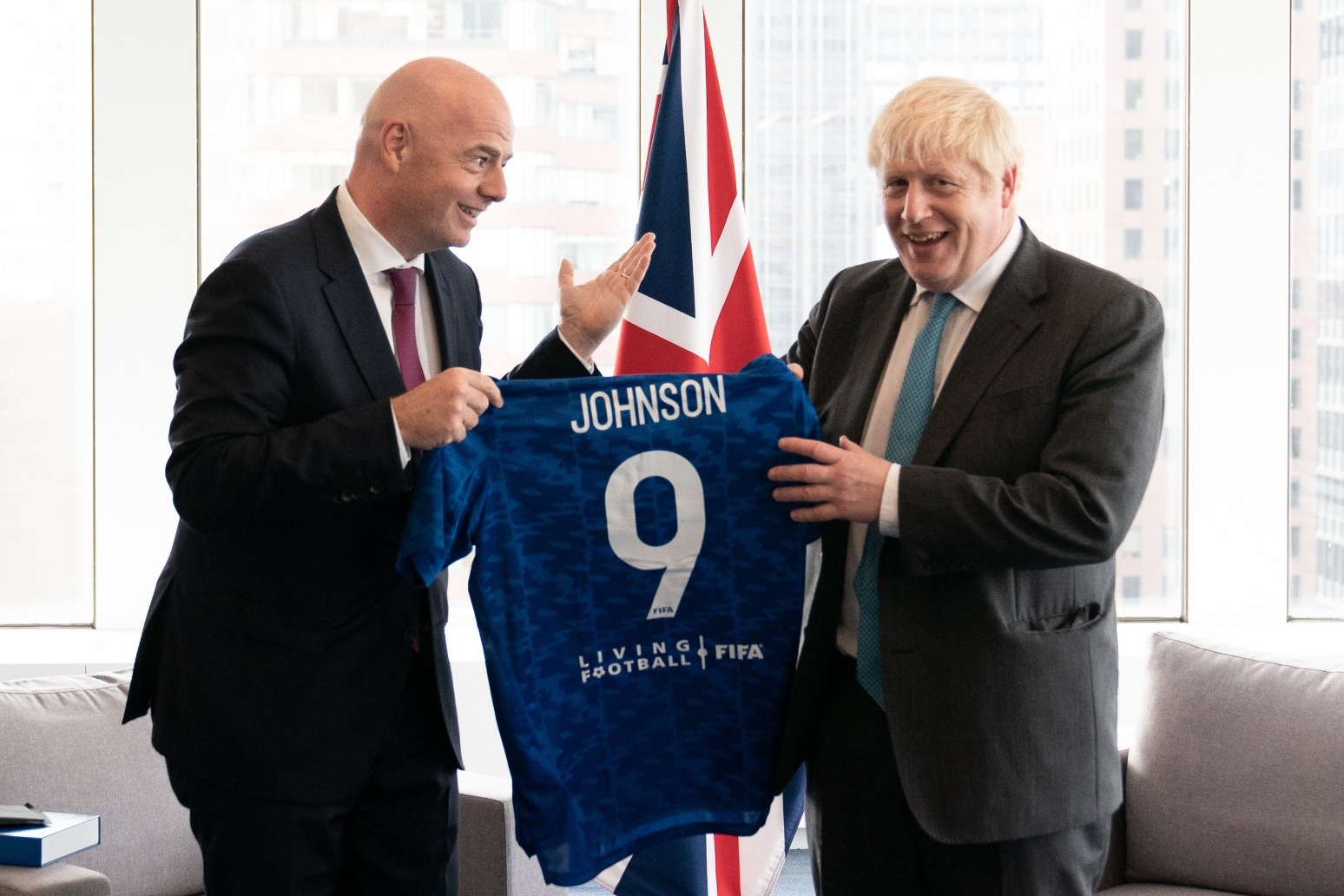 FIFA president Gianni Infantino said multiple-nation bids such as the possible UK and Irish effort to host the 2030 men’s World Cup could be “the model to follow” in terms of sustainability.

World football’s governing body was asked to explain how its controversial proposals to stage major international tournaments every summer are environmentally sound.

Infantino said part of the answer was sharing the burden among multiple hosts using existing infrastructure wherever possible, and he highlighted the example of the possible UK and Ireland bid for the centenary tournament.

“Asking one country to take up the burden of organising a World Cup on its own, this time is over,” he said.

“One of the main reasons why this time is over is exactly because we (FIFA) care about sustainability, because we care about our planet.”

Talking about the UK and Ireland interest in 2030, he said: “I believe that in these five countries there is not a huge need of investment to be done in order to welcome the world for the World Cup.

“Now imagine if the bid… will be awarded the right to organise the World Cup – this fact of having a World Cup for men or women organised by five neighbouring countries could be the model to follow because it ensures sustainability.”

Other joint bids are set to be submitted for 2030 – one from Spain and Portugal and one from a group of South American countries.

His comments will provide some encouragement to the prospective UK and Irish project in what has otherwise been a challenging week for those overseeing a feasibility study into whether to launch a formal bid.

On Monday England were ordered to play their next home UEFA competition match behind closed doors as punishment for the chaos which surrounded the Euro 2020 final at Wembley in July, with a further match suspended for two years.

UK Sport chief operating officer Simon Morton told MPs on the Digital, Culture, Media and Sport committee on Tuesday that the disorder and subsequent sanction from UEFA did not mean the World Cup bid was “up in smoke”.

FIFA is set to announce the bidding regulations for the 2030 tournament by the middle of next year, with a decision on who will host it set to be taken at FIFA Congress in 2024.

The world’s most spectacular airport landings

(CNN) — There's a lot to love about travel. Experiencing a new culture. Eating great food. Staying in top notch hotels... and landing in a new airport.Of course, not all airports are created equal. Some have incredible amenities. Some provide easy access into town. Some make connections a dream.And some have truly dreamy approaches. There are plenty of spectacular landing strips around, but often the best known are located in […]