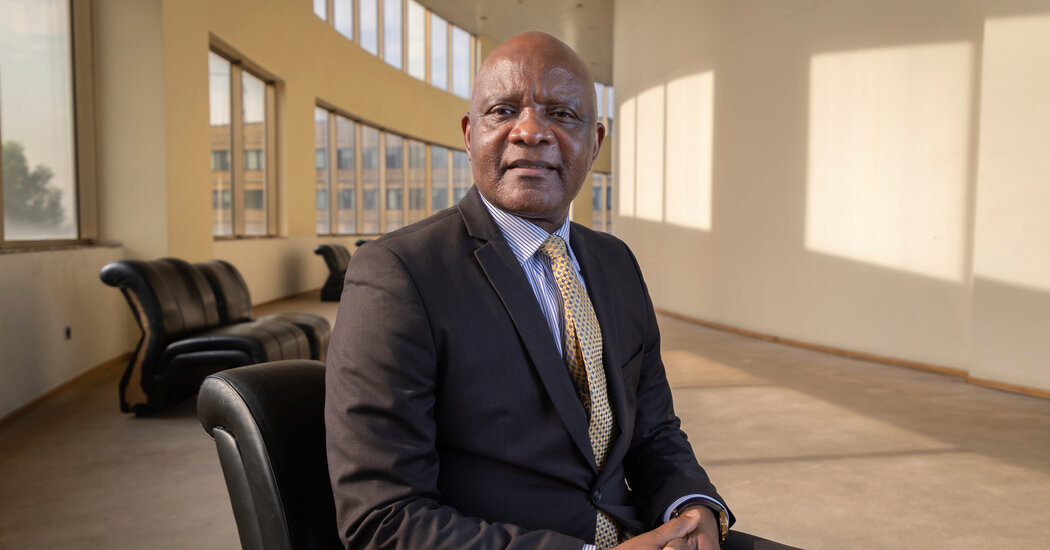 When Dr. John Nkengasong took the job as the first head of Africa’s new Centers for Disease Control in 2017, part of the continent had just emerged from a devastating Ebola outbreak. Less than three years later, Covid-19 hit.

Dr. Nkengasong is now trying to bring together the governments of a vast, diverse continent to anticipate and fight public health threats and make them less reliant on international institutions like the World Health Organization or the Red Cross. He has helped Africa speak with a unified voice, particularly about what he calls “vaccine famine,” with rich countries buying up millions of doses they do not need while Africa goes wanting.

Perhaps Ebola was a signal that something bigger was looming, he says, and that something turned out to be Covid-19. He also thinks Covid-19 could be a harbinger of something worse to come: a virus as contagious as the Delta variant but with the high fatality rate of Ebola.

The Africa C.D.C. was started in response to the Ebola outbreak, with funding from the African Union and some other donors. When Dr. Nkengasong arrived, for months there was no office, no staff and even at one point no internet; the Ethiopian government had shut it down to prevent people from cheating on university entrance exams.

But, he says: “We can do public health under the tree. It doesn’t really matter. The thing is the concepts. Are you committed to solving problems of inequity and health security?”

(This conversation was edited and condensed for clarity.)

What was it like when Covid-19 first hit the continent?

In December 2019 I was on leave, and we started hearing stories on the virus in Wuhan. I called Addis Ababa and said, “Activate our Emergency Operations Center.” I got initial pushback from my own staff. They said, “Well, this thing is happening far-off. We have Ebola going on in North Kivu.” They said, “We already are too busy.” I said, “Please, just do it, because I know that this will come.”

The continent started off well. We’d positioned ourselves. We scrambled. We trained people. It will sound ridiculous, but at the first trainings we did in South Africa and Senegal, everybody went home with a pack of 100 tests.

How are things going now? And how do you see the virus’s future trajectory in Africa?

I think this virus is winning. As a continent, we are not winning. Today we have more than seven million cases with close to 180,000 deaths. And the death rates are all increasing very dramatically across the continent. Vaccination rates are very, very low. We are around 2.5 percent of the population vaccinated fully, and this is a continent of 1.2 billion people.

What about vaccines for African countries? Is Covax — the alliance backed by the United Nations — coming through as promised?

The story of access to vaccines and the role Covax was supposed to play is what I call a moral tragedy.

The intent and the design was perfect, excellent, but the execution — even the people running Covax will admit that it has not delivered on its promise.

Those countries that are funding Covax, or pledged funding, were developed countries. So they pledged. I’m not sure that they necessarily gave money. But then, they bought the vaccines, all the vaccines. So even with the money that Covax had, there was nowhere to get vaccines from.

We are not saying, donate to us. Don’t give us the vaccines. We’re just saying, let Africa come forward with their 400 million doses of vaccines — that they have paid for! By just swapping the order in which we are in the queue for vaccine delivery, I think you can begin to solve a lot of the problems.

What is the condition of Africa’s public health infrastructure?

Governments have not invested enough in their own public health needs.

The whole architecture — public health architecture and health security architecture — has been designed, since the Second World War, in such a way that they created a lot of dependency, Africa on the outside world.

Africa has about three million health care workers. That is almost nothing. So you clearly see the negligence. And our health security architecture was designed when the population of Africa was less than 300 million. Today, where are we? We are 1.2 billion people, aspiring to get to 2.5 or 2.4 billion in the next 30 years.

Are people hesitant to get vaccinated?

It still has to be a battle that is won or lost at the community level. Misinformation continues to be a serious issue.

However, when I look at the trends, what is happening on the continent, I’m very encouraged. I was in Morocco, and at the Tangier sports stadium you had long lines of young people. When I approached them, I thought there was a soccer match going on, but it was people registering online to get the vaccine. We’ve seen similar scenarios in Kigali, in Nairobi.

What is your goal for vaccinations in Africa by the end of 2021?

It was to get to at least 25 to 30 percent by the end of the year. But that would be dependent on many factors. Are countries that have secured vaccines ready to release those vaccines?

At the pace we are doing it, we are very deliberately moving toward endemicity of this virus on the continent, no doubt about that. Now it’s concentrated in big cities, but it will soon spread into remote areas, and it becomes very, very difficult to flush out.

You worked for the U.S. Centers for Disease Control for many years. What was it like moving back to Africa?

I grew up in Cameroon. You leave and you think you’ll go back, and then life carries you on from one part of the world to another and you just keep going.

I remember when I took the job, my colleagues said, “John, maybe you’re going through a midlife crisis? Why would you leave Atlanta and leave your job, and go and start something that you really don’t know?” But it was in me that I had to do that.

For almost a year, I didn’t have an office. I had a big name of a director, but there was no place to sit and work.

Has it been easy? Not at all.

The moment you say you have a C.D.C., the expectations are very high. Especially borrowing a name from a renowned C.D.C. like the U.S. C.D.C. put a lot of pressure and expectation on our shoulders very, very early on.

Does public health in Africa need to be decolonized?

Shirley Chisholm said that if they do not give you a chair around the table, go there with a folded chair. Don’t ask for permission to do what is your right.

Imagine, the first conference on public health in Africa will be organized by Africa C.D.C. at the end of this year.

Why is that important? It provides a platform for African public health experts to interact, share experiences, learn from each other.

Learning a lesson is what Africa is currently doing; we don’t have vaccines, we have to produce vaccines.

If we continue on this journey driven by a new public health order, when the next pandemic hits, we’ll be fighting it very, very differently. 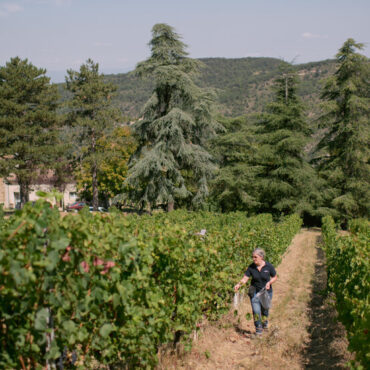 When Covid-19 Stole Their Smell, These Experts Lost Much More

PARIS — Hélène Barre, 35, lost her sense of smell when she fell ill with Covid-19 in November, a condition known as anosmia. Her slow recovery was plagued by disturbing distortions: Peanuts smelled like shrimp, raw ham like butter, rice like Nutella. The phantom scent of something burning still bothers her for hours at a time.Those symptoms would be troubling enough for anyone. But Ms. Barre is an oenologist, an […]