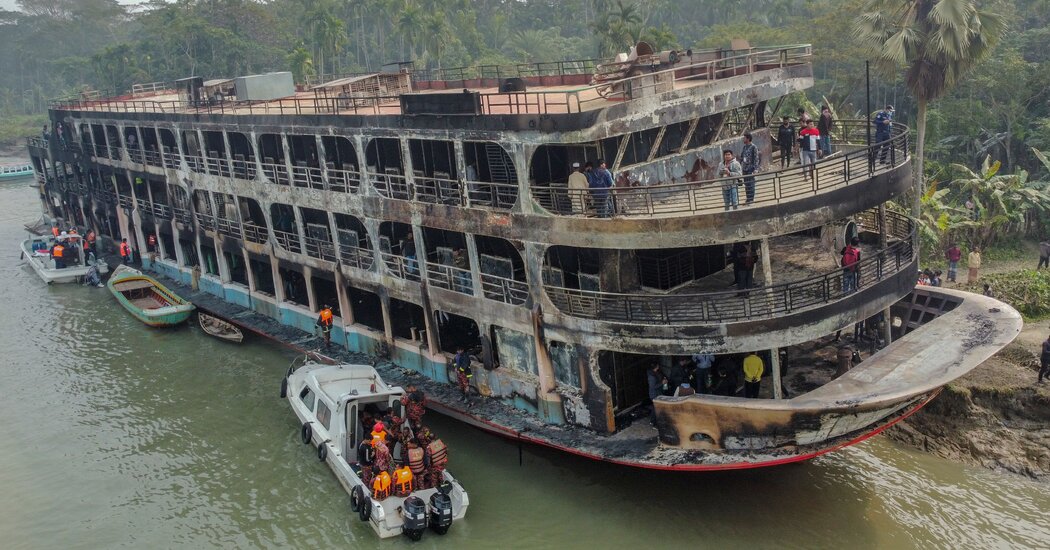 DHAKA, Bangladesh — A devastating fire on a crowded ferry in Bangladesh early Friday left at least 35 people dead and 100 others injured, officials said.

The ferry was traveling to Barguna, in the southern part of the country, with 500 passengers on board, including children and older people. It caught fire on the Sugandha River near the town of Jhalakathi around 3 a.m.

Several officials said the number of the dead was likely to rise because many who had jumped into the water to escape the fire were still missing. The district magistrate in the area said many of those rescued were in critical condition.

Firefighters reached the site quickly, but a dense fog hampered rescue operations. The cause of the fire was not immediately clear.

Kamal Uddin Bhuiyan, the deputy director of Bangladesh’s fire service and civil defense agency in the region, said earlier that the bodies of 30 victims had been recovered, 26 of whom had died of suffocation. Four others drowned after jumping from the boat, and there were likely to be more, he said.

“Many passengers who jumped into the river may not be able to swim,” Mr. Bhuiyan said.

Survivors described the horror and confusion of trying to escape in the darkness.

Mehrina Kamal Moon, who was on the ferry with her husband and 2-year-old son, said she saw people jumping from the top of the three-decker ferry into the water.

Her family made it to the second level, by which time the burning ferry had gotten closer to the riverbank.

“It was so dark around when we heard about the fire. We were clueless about what to do,” Ms. Moon said by telephone. “I along with many others jumped from the second floor. We were fortunate to have land under our feet.”

“It’s God’s grace that we are alive,” she added.

While deadly fires in Bangladeshi factories and apartment buildings have made international headlines in recent years, ferry accidents are also common in the country of 165 million.

In June 2020, a ferry sank in Dhaka, the capital, after a collision with another ferry, claiming at least 30 lives. In 2014, a ferry with 250 people aboard sank near Dhaka, leaving about 100 dead or missing. 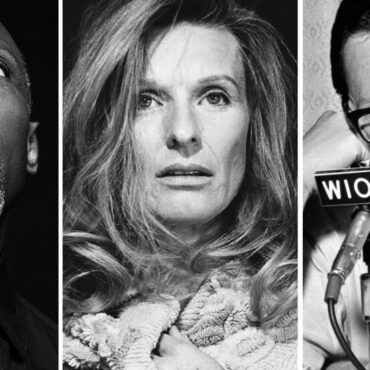 Portraits of Our Times

Beverly Cleary was put on academic probation after first grade, having fallen behind in reading. She found the assigned stories to be boring and unrealistic and wished somebody would write books about real kids.Michael K. Williams had his face sliced open inside a Queens bar on his 25th birthday. Years later, Tupac Shakur saw a photo of the dramatic scar, and it changed Williams’s life.Rosalind Cartwright was a pioneering sleep […]