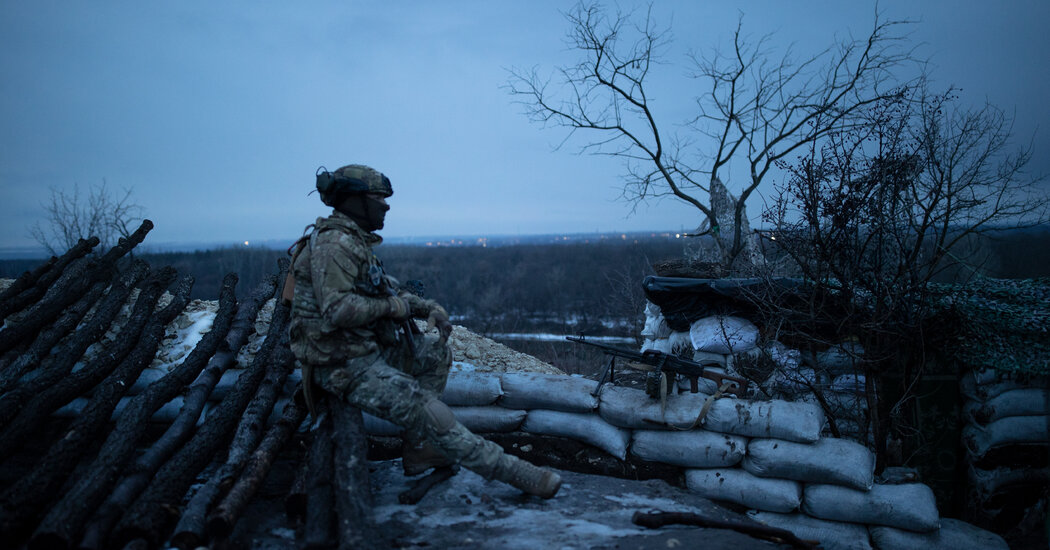 When he spoke about Ukraine on Tuesday for the first time in over a month, President Vladimir V. Putin’s signal that Russia was open to a diplomatic resolution to the crisis seemed to cool temperatures — at least for the moment. But it also illustrated the vast gulf between Moscow’s demands and what Western nations are even willing to discuss.

As NATO continues to ferry military support to Ukraine’s Eastern European neighbors, and with Russia planning more extensive drills this week on the European Union’s doorstep in Belarus, the danger of the moment has not passed. President Biden has also approved the deployment of about 3,000 additional American troops to Eastern Europe, administration officials said on Wednesday.

But so far this week, much of the focus has shifted to diplomacy, beginning with an explosive clash between U.S. and Russian diplomats at the United Nations Security Council. Those diplomatic efforts continued with a flurry of meetings on Tuesday in both Moscow and Kyiv: Mr. Putin talked with Prime Minister Viktor Orban of Hungary, and Prime Minister Boris Johnson of Britain visited President Volodymyr Zelensky of Ukraine.

It’s unclear if these individual efforts will advance hopes for peace, or hold them back.

Here are some takeaways:

As Western intelligence agencies watched railway cars filled with Russian tanks and artillery stream to the borders with Ukraine in December, Mr. Putin delivered a warning that painted the United States and NATO as the aggressors.

“If our Western counterparts continue a clearly aggressive line, we will undertake proportionate military-technical countermeasures and will respond firmly to unfriendly steps,” Mr. Putin said in televised remarks on Dec. 21.

Two days later, Mr. Putin went quiet on the issue in public — a studied silence that kept the West guessing at his intentions. Russia issued a list of security demands, including pulling NATO forces out of nations that used to be part of the former Soviet Union’s sphere of influence — a nonstarter for the West. Still, the Biden administration responded in writing to Russia’s demands as part of a diplomatic effort to avert war.

So it was notable that when he finally broke his silence on Tuesday, Mr. Putin did not repeat his threatening language, saying that “dialogue will be continued.” But he made it clear that the chasm between what Russia wants and what the United States and NATO will discuss remains vast.

And he continued to accuse the West of trying to goad Russia into a conflict, saying that the Ukraine crisis was an attempt “to contain Russia’s development” and a pretext for imposing economic sanctions.

The U.S. has slightly toned down its warnings.

For weeks, American officials argued that Mr. Putin was on the cusp of ordering an attack on Ukraine, culminating in President Biden’s prediction on Jan. 19: “My guess is he will move in.”

While other U.S. officials did not go quite as far, last week the Pentagon spokesman, John F. Kirby, said that Russia was still adding to its troop buildup and that an incursion into Ukraine “could be imminent.” Those warnings escalated the next day when Defense Secretary Lloyd Austin said that Moscow had amassed a large enough force to seize all of Ukraine.

But amid the burst of diplomatic meetings — and after criticism from President Volodymyr Zelensky of Ukraine that the United States’ talk of war was unhelpful — the Biden administration appears to have softened its tone.

Asked on Tuesday whether it still believed an invasion was imminent, the U.S. ambassador to the United Nations, Linda Thomas-Greenfield, told NPR: “I would not say that we are arguing that it’s imminent, because we are still pursuing a diplomatic solution to give the Russians an off-ramp.”

While the United States has presented itself as the leader of a unified Western response to Russia, European nations have made their own direct outreach to the Kremlin in an effort to cool temperatures. These overtures, as much as anything America does, could help determine whether the crisis is resolved peacefully.

President Emmanuel Macron of France and Prime Minister Mario Draghi of Italy have spoken by phone with Mr. Putin in recent days, and Mr. Johnson, the British prime minister, was scheduled to do so on Wednesday.

Mr. Macron has urged a more conciliatory approach toward Moscow, arguing that Europe must take more responsibility for its own security because the United States is not as reliable an ally as it once was. Mr. Draghi issued a statement following a call with Mr. Putin on Tuesday, emphasizing the need to rebuild a “climate of mutual confidence” to resolve the crisis.

European nations have a keen interest in defusing tensions, partly because if a Russian invasion prompts harsh sanctions against Moscow, their economies, far more closely linked to Russia’s than that of the United States, would suffer.

The outreach is also aimed at domestic audiences. Mr. Macron is trying to elevate himself as a statesman in advance of his re-election bid in April. And Mr. Johnson — who has taken a tougher line than other European leaders, accusing Mr. Putin on Tuesday of “holding a gun to Ukraine’s head” — is eager to deflect attention from the scandal over parties held at Downing Street in defiance of England’s Covid lockdowns.

Russia is not alone.

Mr. Putin spoke about Ukraine on Tuesday while standing side-by-side with the leader of Hungary, a European Union member state and NATO ally. It was a pointed bit of diplomatic stagecraft aimed at demonstrating divisions in the West, as well as the fact that Mr. Putin is not isolated.

For the most part, the United States and its European allies have been on the same page, and Mr. Orban is an outlier. But Mr. Putin has sought to show he has other allies. The Kremlin said that President Jair Bolsonaro of Brazil was preparing to visit Moscow. And perhaps most important for Mr. Putin, he will travel to China to meet on Friday with President Xi Jinping, hours before the start of the Winter Olympic Games in Beijing, which President Biden and others have vowed to boycott.

It will be the 38th time the two have met, according to Chinese officials, and the first time that Mr. Xi will meet in person with another world leader since the start of the coronavirus pandemic. It follows a video summit in December at which Mr. Xi told Mr. Putin that they “firmly support each other on issues concerning each other’s core interests and safeguarding the dignity of each country,” according to Chinese state media.

Washington has watched with concern as the two nations have aligned themselves ever more closely, especially economically. Last month, China announced that annual trade with Russia had reached nearly $147 billion, compared with $68 billion in 2015, the year after Russia annexed Crimea and supported separatists in eastern Ukraine.

In Ukraine, where some 14,000 people have been killed in a conflict that has been raging for years in two eastern breakaway provinces, people have reacted to the dire U.S. warnings and Russia’s menacing buildup with a mix of stoicism, apprehension and resolve.

Watching Mr. Zelensky on Tuesday was a case study in the contradictions and concern gripping Ukraine in the face of threats by its giant neighbor. He opened a new session of Parliament by calling for unity in the country, offering assurances that its economy was stable and praising the enormous show of diplomatic and military support from Ukraine’s allies. He avoided any direct mention of Russia’s massing of troops.

But after meeting with the leaders of Poland and Britain — the latest in a long line of leaders making the pilgrimage to Kyiv to offer support — Mr. Zelensky offered his own grim appraisal of the moment. Just days after chiding the United States for banging the drums of war, he warned that if diplomatic efforts failed, “This is not going to be a war of Ukraine and Russia. This is going to be a European war, a full-fledged war.” 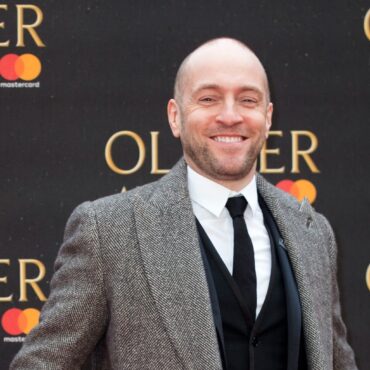 Olivier Award ceremony to return with a focus on sustainability

There'll be a carpet made from real grass The Olivier Awards have announced their upcoming 2022 ceremony will have a focus on sustainability and will feature a green carpet made from real grass. The event will return live on April 10 at the Royal Albert Hall in London after a two-year hiatus due to the pandemic. The awards show will also aim for a plastic-free backstage and auditorium area, will […]