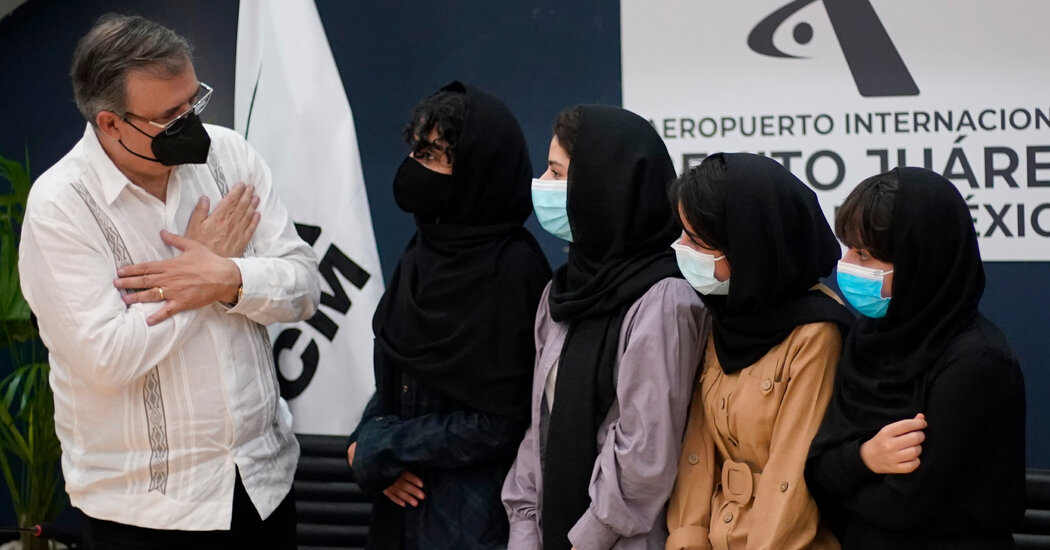 Five young women who are part of a famed Afghan robotics team — which had been a symbol of opportunities for women and girls in a post-Taliban Afghanistan — have arrived in Mexico as part of the first group of evacuees to land there.

“They will be received with great affection by the people of Mexico,” Marcelo Ebrard, Mexico’s foreign minister, said at a news conference at Mexico City’s international airport late on Tuesday. “They are bearers of a dream: to show that we can have an egalitarian, fraternal and gender-equal world.”

Mr. Ebrard has led Mexico’s efforts to evacuate people from Afghanistan after the Taliban takeover this month, cutting through a typically lengthy immigration process to provide immediate protection. A group of Afghans who worked for The New York Times, along with their families, also arrived safely in Mexico on Wednesday.

Images shared by the Foreign Ministry showed the group that included the robotics team arriving aboard a Lufthansa plane and being greeted by Mexican officials. Some of the young women, all wearing masks because of the pandemic, put their hands to their hearts and nodded their heads as they disembarked.

An institution based in Mexico, which was unnamed, has offered accommodations, food and basic services for the young women, according to a statement released by the Foreign Ministry.

Other team members had fled to Qatar earlier in the week, and some remained in Afghanistan, according to a statement issued by the team’s founder, the Afghan tech entrepreneur Roya Mahboob.

Ms. Mahboob said that those who remained behind faced a worrying future under the Taliban, which banned education for girls when the group last ruled the country.

The young women were part of a robotics team that gained international attention in 2017 when they were denied visas to the United States for a competition in Washington.

Members of Congress signed a petition, and President Donald J. Trump intervened to get travel documents for them on humanitarian grounds. Once back in Afghanistan, they were received as icons of progress, though some accused them of dressing immodestly while abroad and said they had compromised their prospects for marriage. 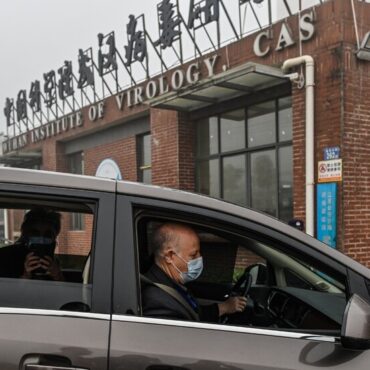 Experts studying the origins of the coronavirus for the World Health Organization warned on Wednesday that the inquiry had “stalled” and that further delays could make it impossible to recover crucial evidence about the beginning of the pandemic.“The window is rapidly closing on the biological feasibility of conducting the critical trace-back of people and animals inside and outside China,” the experts wrote in an editorial in the journal Nature. Several […]