‘Football Is Like Food’: Afghan Female Soccer Players Find a Home in Italy 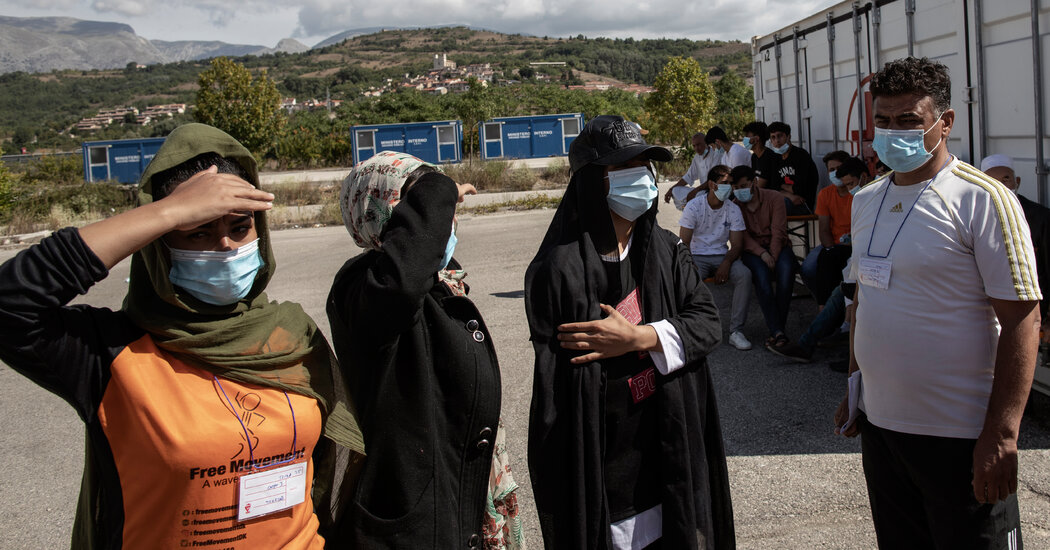 AVEZZANO, Italy — Two days after Taliban fighters seized Herat, Afghanistan’s third-largest city, the Italian journalist Stefano Liberti received a message via Facebook: “Hi sir, we are in trouble. Can you help us?”

The message last month came from Susan, 21, the former captain of Bastan, a women’s soccer team that had once been the subject of a documentary by Mr. Liberti and his colleague Mario Poeta.

“Football is like food to me,” Susan would say later, and the fear that she might never play again under Taliban rule, “made me feel as though I was dead.” Like others interviewed in this article, only her first name is used to protect her identity.

Thirteen days after she made contact with Mr. Liberti, Susan arrived in Italy along with two of her teammates, their coach and several family members. They touched down at Rome’s main airport after a flight made possible by the two journalists, a Florence-based NGO, several Italian lawmakers and officials in the Italian Defense and Foreign Ministries.

The Herat group, 16 people in all, transited through a tent camp run by the Italian Red Cross in Avezzano, in the Apennine Mountains, where more than 1,400 Afghans evacuated to Italy have quarantined in recent weeks.

Like so many Afghans, the players left behind the lives they had built in order to make the trip. Susan halted her university studies in English literature to leave the country with her parents, two sisters and a brother.

Women were banned from sports during the first Taliban era. Even after the group was ousted from power in 2001, playing sports continued to be a challenge for Afghan women, and for the men who helped them.

In “Herat Football Club” the journalists’ 2017 documentary about the team, Najibullah, the coach, said that he had been repeatedly threatened by the Taliban for coaching young women.

The Taliban’s return to power has raised fears not only that restrictions on sports will be reimposed, but also that the female athletes who emerged in the past 20 years will be subject to reprisals.

Khalida Popal, the former captain of the national women’s team who left Afghanistan in 2011 and now lives in Copenhagen, used social and mainstream media last month to advise women who’d played sports in Afghanistan to shut down their social media accounts, remove any online presence and even burn their uniforms.

“They have nobody to go to, to seek protection, to ask for help if they are in danger,” she said in an interview with Reuters.

Another Herat player, Fatema, 19, also left behind her university studies, in public administration and policy. She arrived in Italy with a brother, but her father fell ill while they tried to get through the crowds at the Kabul airport, so he and her mother remained behind.

“They said to me, ‘You go, go for your future, for football, for your education,’” Fatema said.

“Playing football makes me feel powerful and an example for other girls, to show that you can do anything you want to do,” Fatema said. She expressed hope that would be the case in Italy, too. “I want to make it my country now,” she said.

The oldest of the three players, Maryam, 23, had already earned a degree in management and had worked as a driving school instructor in Herat. She saw herself as a role model, inspiring young women by example “because of football, because of driving.”

“I was an active member of society,” Maryam said, a role she was certain she could not have under the Taliban.

Maryam was the only team member to arrive in Italy alone, though she said she was hoping that her family would join her. “It’s hard for me to smile,” she said. “But I hope my future will be good, certainly better than under the Taliban.”

The players say that many of their Herat teammates are still in Kabul, hoping to find transit to Australia, where some players on Afghanistan’s women’s national team have been evacuated.

Last Friday, the three women and their families were relocated to the Italian city of Florence. In Italy, the national soccer federation, some soccer clubs and the captain of the national team, Sara Gama, have offered their support to the young Afghan players.

“There’s been a lot of solidarity,” Mr. Liberti, the documentary maker, said.

And on a warm afternoon last week, Fatema and Maryam did something they had never done before: They kicked a ball around with a couple of boys.

Asked how it felt, Maryam grinned broadly and gave a thumbs up.

“It felt good,” added Fatema. “People didn’t look at us as though we had done something wrong.” 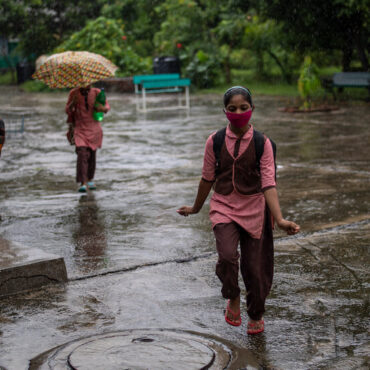 The pandemic is causing lasting damage to the education of children across South Asia, more than 400 million of whom are still facing school closures and limited access to remote learning, the United Nations said on Thursday.UNICEF, the United Nations Children’s Fund, called on governments to “prioritize the safe reopening of all schools” before education inequality widened further. “School closures in South Asia have forced hundreds of millions of children […]