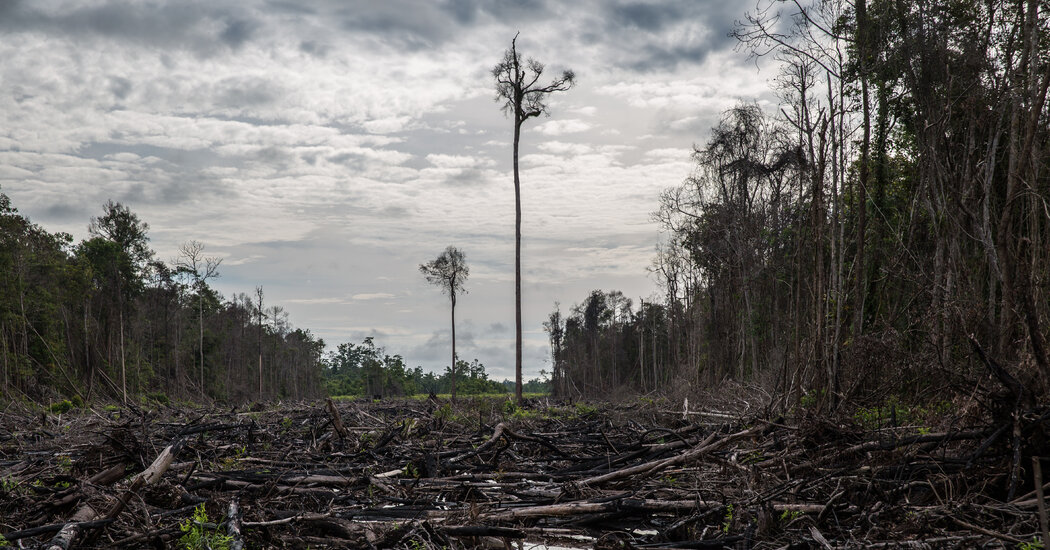 Forests once blanketed the United States and Europe. Humans cut them down, turning the land into farms, towns and cities. In many other places around the world — like South America, the Congo Basin, Southeast Asia — people did a lot less of that.

Now, as the world stares down the barrel of climate catastrophe and a worsening biodiversity crisis, the forests that are left need to remain standing for everyone’s sake.

As with fossil fuels, countries that grew wealthy by felling their own forests are asking others to avoid doing the same, leading to Tuesday’s sweeping pledge by more than 100 countries to protect global forests.

When it comes to climate change, forests, peatlands and other carbon-rich ecosystems can be a blessing or a curse. Leave them be and they suck planet-warming carbon dioxide out of the atmosphere. Fell, burn or drain them, and they release greenhouse gases, making everything far worse.

“Can we develop without deforestation first?” asked Ana Toni, executive director of Brazil’s Institute of Climate and Society, a climate advocacy group. “This is the big challenge. That’s why we need to have an international effort.”

What it comes down to, of course, is money, and the amounts announced at the United Nations climate summit on Tuesday sound like a lot: More than $20 billion from governments and the private sector.

But consider that in context.

“The financial announcements we’ve heard in Glasgow are welcome but remain small compared to the enormous private and public flows, often in the sense of subsidies, that drive deforestation,” said Frances Seymour of the World Resources Institute, a research group.

Care to wager a guess at how much governments alone are investing in the harmful stuff? They spend an estimated $500 billion per year supporting fossil fuels and agricultural practices that are potentially damaging. Climate activists have derided such subsidies for decades.

The majority of the government pledges for forests will support work to protect, restore and sustainably manage them in countries eligible for overseas development assistance. Other elements put faith in the market, creating mechanisms for giant companies like Amazon to help protect the Amazon rainforest. BlackRock, Bayer, Nestlé and Unilever are among the companies ponying up. Additionally, more than 30 financial institutions promised to stop investing in companies responsible for deforestation. And a new set of guidelines offers a path toward eliminating deforestation from supply chains.

Critics, however, expressed disappointment that the deforestation pledge was not binding and that the supply chain measures did not include more enforcement mechanisms.

The package includes another aspect: $1.7 billion for Indigenous peoples and local communities. Research shows these groups have done a better job than the rest of the world in caring for forests and biodiversity.

Tuntiak Katan, the general coordinator of the Global Alliance of Territorial Communities and a member of the Shuar people in Amazonian Ecuador, praised the new initiative but questioned the wisdom of throwing money at a system he sees as broken.

“If this financing doesn’t work directly, and shoulder to shoulder, with Indigenous peoples, it’s not going to have the necessary impact,” he said. 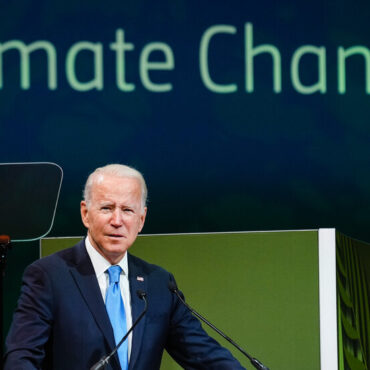 The United States vowed at the Glasgow summit to start providing $3 billion each year, by 2024, to help developing countries adapt to climate change. The Biden administration called it “the largest U.S. commitment ever made to reduce climate impacts on those most vulnerable” worldwide, assuming that Mr. Biden can persuade Congress to come up with the money.But how much resilience and disaster recovery does $3 billion buy? A White […]