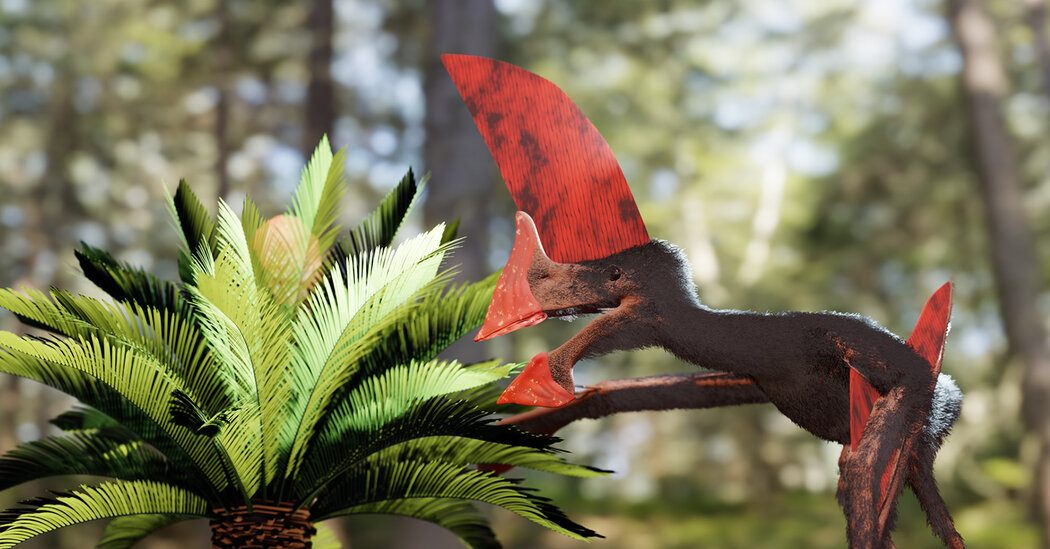 Limestone slabs recovered in a 2013 police raid in Brazil have revealed the most complete fossil of a species of pterosaur ever found, providing new details about how the flying reptile might have looked and behaved some 110 million years ago.

The discovery also brings attention to the issue of scientific colonialism — the removal (and sometimes outright theft) of items of scientific value from their countries of origin by fossil traders or more developed nations. According to the authors of a new report about the fossil, Brazil and other countries that have historically had their fossils smuggled or taken to other countries now have the infrastructure to responsibly handle and study them — and should accrue benefits like scientific discovery and tourism that come with a rich national cache of fossils.

The raid, at a harbor near São Paulo, led to the confiscation of about 3,000 fossils, including many fish and insects, according to Victor Beccari, a graduate student and the lead author of the study, published this week in the journal PLOS ONE. The centerpiece was the almost-complete skeleton from the pterosaur species, Tupandactylus navigans, preserved in six limestone slabs.

The oddball reptile must have been stunning to behold. With a giant, mohawk-style crest, a birdlike beak and a body covered in something resembling but not quite fur, the pterosaur probably stuck out even among the other exotic creatures of the early Cretaceous Period. Its sprawling wingspan indicated that it almost certainly flew, but probably only for short distances because of its long neck and large crest. It most likely spent a good deal of time foraging on the ground, the researchers say.

The crest, the researchers suspect, was a blessing and curse. Individuals endowed with larger-than-average headgear may have been more likely to attract a mate. The trade-off? Greater vulnerability to predators. (Die young and leave a beautiful corpse, perhaps.)

Pterosaur fossils are rare. Their bones are extremely fragile, even more so than birds, the researchers say.

A lake with fluctuating salinity that was created when Africa and Brazil separated was ideal for fossil preservation. Researchers have access to many fish preserved with their internal organs from that region. Mr. Beccari suspects their pterosaur specimen may have died by the lake, or by a river that dragged the body along into the lake.

“We think at the bottom of the lake there was no oxygen, so no animals or bacteria could decay the animal,” Mr. Beccari said. “If it managed to get to this part of the lake it would be safe from decomposing.”

Brazilian authorities had to sort out legal issues about exactly where the fossil should be sent. It was found in the northeastern part of Brazil but was seized in São Paulo, in the southeastern part of the country. It was eventually given to the University of São Paulo, and in 2016, Mr. Beccari, then an undergraduate, and a team of researchers began studying it.

David Hone, a paleontologist at Queen Mary University of London who was not part of the team of researchers, said there were “no big surprises” in the new paper but it provides a fuller anatomical description of the species. Whereas it was previously “known only for a skull,” he said, “now we have the whole animal.”

“It’s a spectacular fossil,” he continued. “This group is known for its giant head crest. This one is a big and ridiculous one even by those standards, which is really pretty neat.”

For Dr. Hone, the most significant part of the research is that it occurred at all. “Fossil smuggling out of Brazil is a huge problem for science,” he said.

As an example of what Brazil has been denied by scientific colonialism, Mr. Beccari pointed to places in the United States, like Wyoming or Utah, whose famous troves of dinosaur fossils “bring thousands of tourists every year.”

“Now that we have 3-D models and other technologies to study this animal, there is no reason why this animal should leave our country,” Mr. Beccari said. “If it stays in the country, it attracts tourism and more people have contact with their heritage. That’s also good for science.”

Dr. Hone noted that movie stars and other rich people pay large sums to display fossils on their walls. Several years ago, the actor Nicolas Cage returned the skull of a Tyrannosaurus bataar to Mongolia after being contacted by the Department of Homeland Security.

“This is a specimen that was presumably going to be smuggled or sold illegally,” Dr. Hone said of the pterosaur, “and is now in a museum and available for research.” 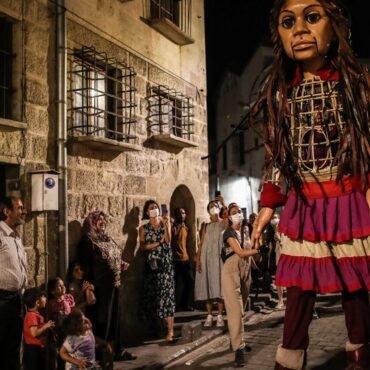 Giant Puppet of Syrian Refugee Angers Some on Walk Through Greece

ATHENS — A giant puppet of a nine-year-old Syrian girl named Amal has been traveling across Turkey and Greece for much of the past month. It is the first leg of a 5,000-mile journey, one that is rich in symbolism as a new migration crisis looms in Europe following the Taliban takeover in Afghanistan.The puppet is the lead character in an ambitious theater project called “The Walk” that aims to […]