France Asks ‘Forgiveness’ for its Abandonment of Algerian Harkis 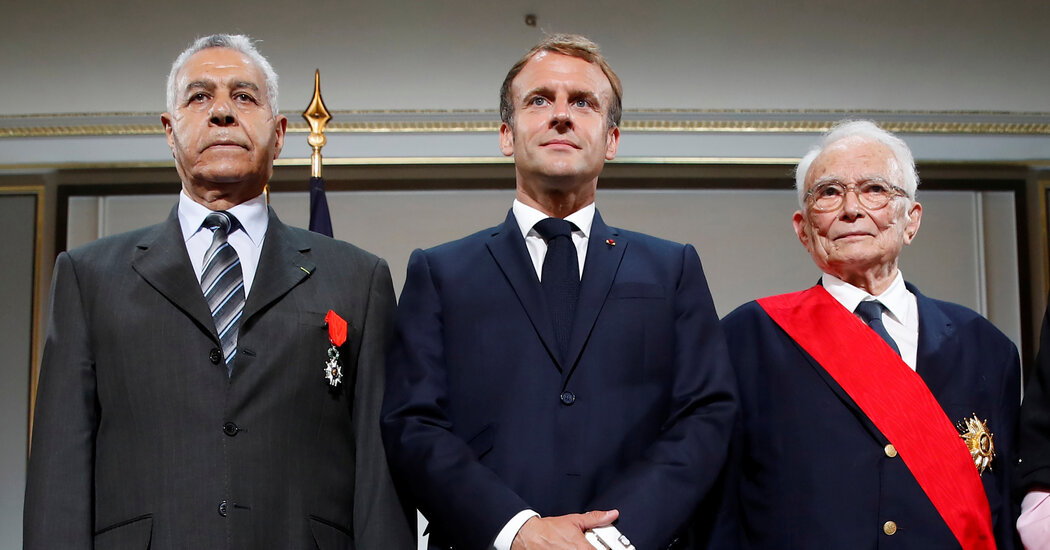 PARIS — President Emmanuel Macron, pursuing his attempt to resolve some of his country’s most painful colonial legacies, today asked for “forgiveness” on behalf of France for the abandonment of the hundreds of thousands of Algerian Arabs who fought on the French side in the Algerian war of independence.

At the end of the eight-year war in 1962, the more than 200,000 Algerians who had sided with the French Army were abandoned to their fate, although France had indicated that it would take care of them. Many were tortured and massacred by the Algerian authorities after a war characterized by singular brutality.

Algerian anger against the “Harkis,” as they are known in France, ran so deep that even in 2000, during a visit to Paris, the former Algerian president, Abdelaziz Bouteflika, compared them to Nazi collaborators.

Viewed as traitors in their homeland, roughly 90,000 Harkis managed to flee to France — as did about 800,000 “Pieds-Noirs,” French Algerians of European descent — but they met a hostile reception. They were a reminder of a lost war. Former President Charles de Gaulle, who brought the war to an end, was dismissive of them. Unwelcome strangers, Harkis were held in camps with their families, often in appalling conditions.

“I am asking for forgiveness. We will not forget,” Mr. Macron said at an Élysée Palace ceremony. France had “failed in its duty,” he told about 300 Harkis and their families. “I want to express our gratitude to our fighters.”

The president, who faces an election in a little over six months, said that his government would draft a law that would provide “reparations” for the Harkis. This amounted to a formal recognition of the state’s responsibility, first accepted by the previous president, François Hollande.

Harki organizations said only such a law could put an end to “60 years of a certain hypocrisy.”

Mr. Macron, 43, is the first French president born after the Algerian war of independence. He has taken several steps toward shedding belated light on a painful chapter in French history, including acknowledging widespread use of torture and the brutal killing of a leading Algerian lawyer, Ali Boumendjel. France had claimed for decades that he committed suicide.

Ending 132 years of French colonization, the Algerian war, fought from 1954 until 1962, left a half-million people dead according to French accounts, and 1.5 million dead according to Algeria. It broke France into violently opposed factions that threatened to tear the country apart, with rumblings of a military coup in 1958 and an attempted coup in 1961.

A peace accord was signed on March 18, 1962, and approved overwhelmingly by French voters, opening the way for Algerian independence.

A report on the war commissioned by Mr. Macron led to the establishment of a Memories and Truth Commission, in an attempt to heal some of the enduring wounds. But Algeria’s calls for a formal French apology went unmet. Mr. Macron has insisted there will be “no repentance, no apologies.”

The request for forgiveness came very close to repentance, but of course it was addressed to Algerians who fought on the French side.

The 60th anniversary of the end of the war will be marked in March next year, one month before the first round of the presidential election. Mr. Macron is determined to advance his quest for Franco-Algerian reconciliation before then, in part to head off the anti-immigrant challenge of Marine Le Pen. The Harkis have in the past shown strong support for the her rightist National Rally, formerly the National Front. 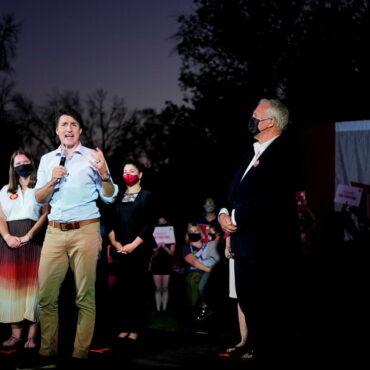 new video loaded: Canadians Head to Polls for Snap ElectiontranscriptBackbars0:00/1:10-1:10transcriptCanadians Head to Polls for Snap ElectionVoters in Toronto lined up to cast their ballots in a snap election called by Canada’s prime minister, Justin Trudeau. The government’s handling of the Covid-19 pandemic and economic recovery have been top issues for many voters.“Last election was very different. This one for me, given, you know, obviously the recovery after Covid, what’s important […]