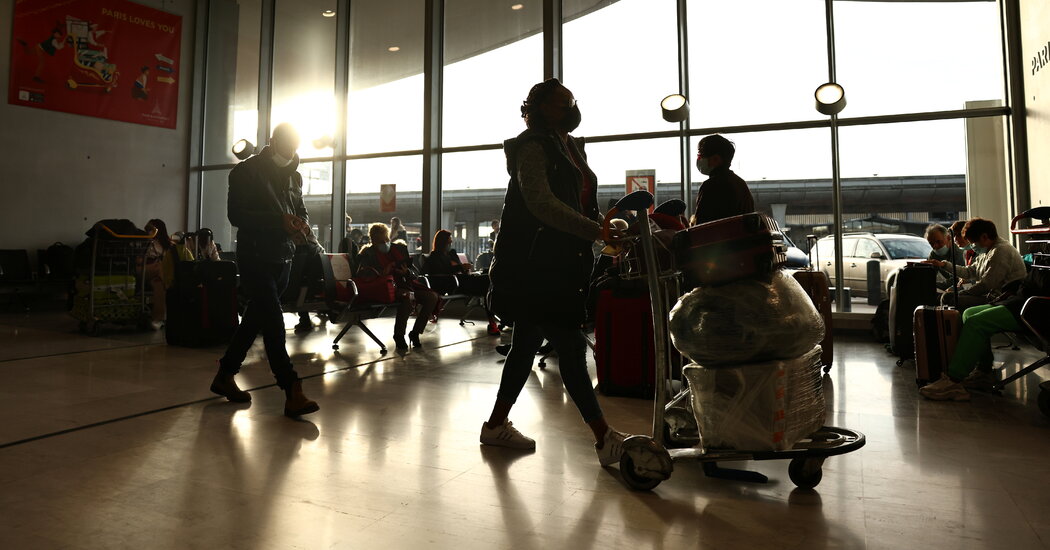 The French government on Thursday banned nonessential travel to and from Britain and tightened testing requirements as a record-breaking surge of Omicron cases across the English Channel raised worries that France would soon face a similar tsunami of new infections.

Jean Castex, France’s prime minister, said in a statement that “faced with the extremely rapid spread of the Omicron variant in the United Kingdom,” the government had decided to act. He urged people planning to travel to Britain to postpone their trips.

British authorities reported 78,610 new coronavirus cases on Wednesday, the highest number of infections in a single day since the start of the pandemic. England’s chief medical officer warned that further records would likely be broken in the coming days, with cases of the Omicron variant doubling less than every two days in parts of the country.

Mr. Castex said that starting Saturday, travel to or from Britain would be allowed for only “urgent” reasons — like a family medical emergency or a legal summons — regardless of the traveler’s vaccination status. The new restrictions effectively bar French and British tourists during the busy holiday season.

Nonessential business trips are also banned under the new restrictions, Mr. Castex said, but he added that the new rules would not apply to French citizens living in Britain who wish to return to France.

Those who do leave Britain for France will face stricter testing requirements, even if they are vaccinated. All travelers will have to present a negative Covid test taken within 24 hours of departure, down from 48 hours. (The 24-hour rule already existed for unvaccinated travelers.)

All travelers arriving from Britain will also have to register online and isolate for up to 10 days. However, they can take a test 48 hours after arrival, and if that comes back negative, they can end their isolation period.

France is already facing a surge in cases attributed to the Delta variant, pressuring a hospital system that is short-staffed and under strain after nearly two years of battling the virus. Nearly 3,000 Covid-19 patients are in intensive care, the highest level since June, and the authorities expect that number to rise to 4,000 by the end of the year.

Gabriel Attal, a French government spokesman, told the BFMTV news channel on Thursday that the goal of the new travel restrictions was to “slow down and reduce as much as possible the arrival of cases of the Omicron variant on our soil.”

Mr. Attal said that 240 cases of the variant had already been detected in France, but he added that “there are probably more.” The government is convening a special cabinet meeting on Friday over the virus, and could announce more new measures in the coming days.

France recently closed nightclubs for four weeks and tightened some restrictions in schools. But President Emmanuel Macron, who is widely expected to run for re-election in April, has ruled out any additional lockdowns, curfews or closures, arguing that heightened vigilance around social distancing, coupled with a swift booster shot campaign, would be enough to keep the surges in check.

In a televised interview on Wednesday evening, Mr. Macron said it was likely that additional Covid-19 booster shots would be necessary in the future. 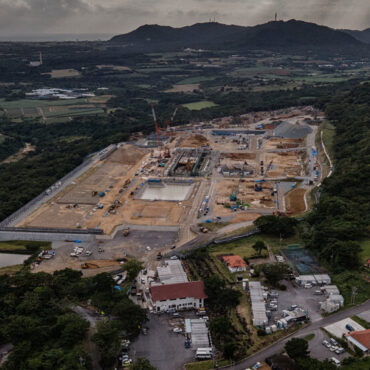 The Island Paradise Near the Front Line of Tensions Over Taiwan

ISHIGAKI, Japan — For decades, Testuhiro Kinjo’s biggest worry was defending his mango trees against typhoons and marauding insects.That was before the Japanese government decided to deploy missile launchers near his property on Ishigaki, a small, subtropical island just 200 miles from Taiwan.Over the past year, as China has carried out ever more overt displays of military force around Taiwan, Japan has grown increasingly concerned about the possibility of being […]