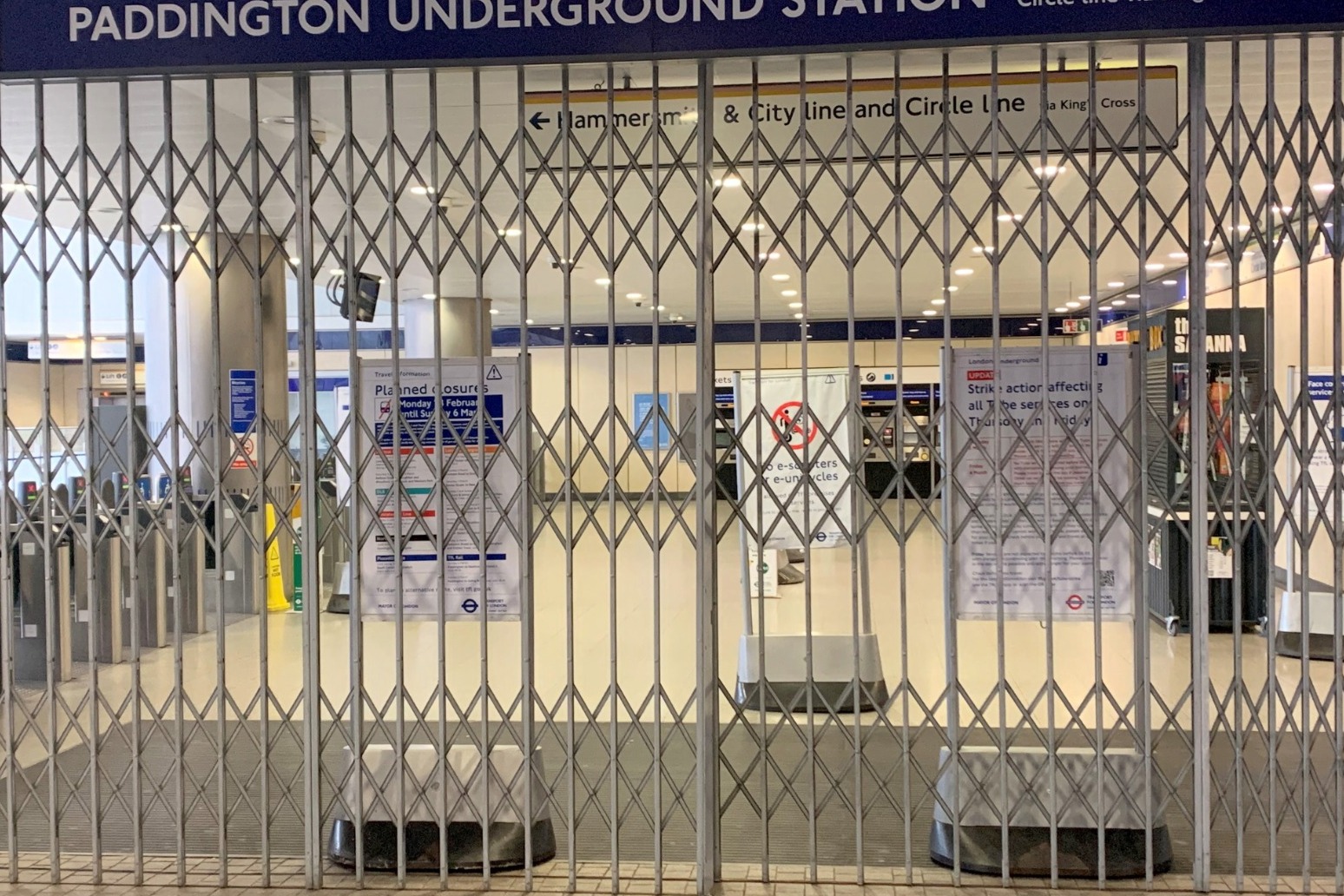 Commuters face another day of travel chaos on Thursday because of a fresh strike by thousands of workers which will cripple Tube services in London.

Members of the Rail, Maritime and Transport union (RMT) will walk out for 24 hours in a deadlocked dispute over jobs, pensions and conditions, which will cause more misery for travellers across the capital.

A stoppage on Tuesday led to the Tube being suspended during the rush hour, with only a few services running later in the day.

Disruption continued on Wednesday morning, with a knock-on impact on services expected on Friday as well.

Transport for London (TfL) has advised people to work from home if they can on Thursday, saying there are likely to be no Tube services.

There are fears of a repeat of huge queues and chaotic scenes at bus and taxi ranks as people switched to other forms of public transport to get to work.

The RMT fears that spending cuts linked to a funding deal by the Government will lead to hundreds of job losses, reduced pensions and worse working conditions.

Andy Lord, TfL’s chief operating officer, said: “I would ask anyone who needs to use the Tube on Thursday to check before they make their journey, consider whether they are able to work from home and use alternative modes of transport where possible.

“It’s highly unlikely there will be an Underground service running during the strike action and, if any service is provided, it will not continue into the evening.

“Services will also be severely impacted until mid-morning on Friday March 4 because of a number of factors including the placement of drivers and trains following a day without service.

“I apologise to customers for this and understand they will be frustrated by this strike action, but urge them not to take it out on those who are trying to help.

“We haven’t proposed any changes to pensions or terms and conditions, and nobody has lost or will lose their jobs because of the proposals we have set out, so this action is completely unnecessary.

“We know our customers deserve better than this continued disruption and that is why we’re urging the RMT to talk to us so we can find a resolution to this dispute which has already damaged London’s recovery from the pandemic.”

RMT general secretary Mick Lynch said: “If London mayor Sadiq Khan spent as much time putting pressure on ministers for a long-term TfL funding deal, instead of accepting their cuts agenda and attacking our members, there would be no need for a strike.

“However, as it stands, Tube staff face a raid on their pensions and at least 600 job cuts if the Government get their way.

“No self-respecting trade unionist would accept that, particularly given the sterling work done by Tube staff keeping Londoners safe throughout the Covid-19 pandemic.

“We remain open to talks that address our members’ key concerns, but we will not be derailed in our determination to reach a just settlement that protects jobs and pensions of Tube workers.” 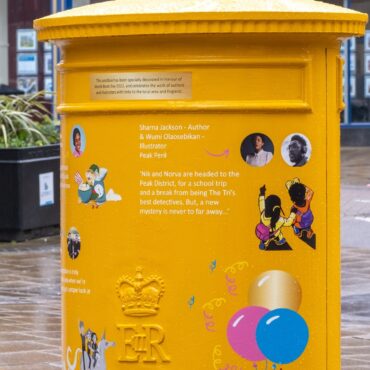 Royal Mail is unveiling special postboxes celebrating authors and illustrators to mark World Book Day on Thursday. The postboxes feature lines from books by authors including Greg James and Chris Smith, Nadiya Hussain, Dara McAnulty and Martin Waddell, with artwork from the likes of Harry Potter cover illustrator Jonny Duddle. The postboxes are located in Luton, Nannerch in Flintshire, Dundee and Castlewellan in Northern Ireland, close to places of significance […]