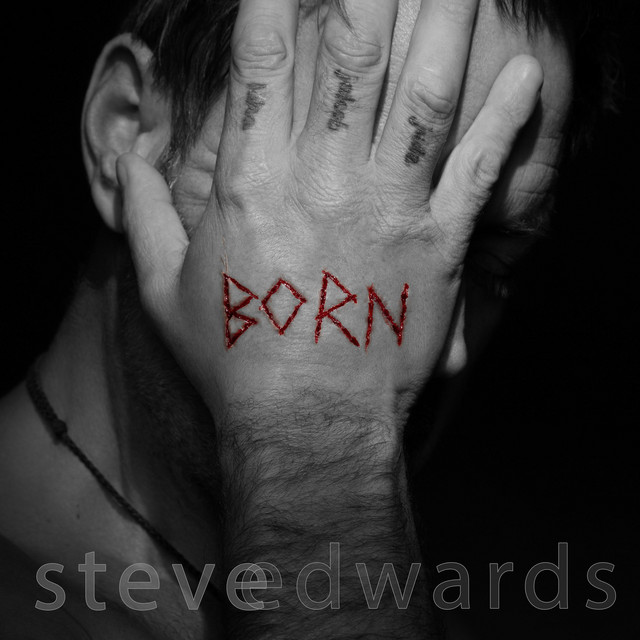 Steve arrived in the UK in 1996. He was eager to stretch beyond the boundaries of his native New Zealand, so like thousands of other young Kiwis on their ‘Big OEs’ during the ‘90s, Steve spent six months working and travelling. You might say that India was where Steve Edwards: Singer-songwriter began to emerge — it was while travelling in the subcontinent that Steve learned to play the guitar. Almost immediately, he started writing songs, and although there have been ebbs and flows over the years, they’ve never really stopped coming.

Buoyed by inspiration, Steve recorded his first demos in Edinburgh, Scotland. Then, he shifted south to London to join a band. One of the bands Steve sang for was pop/rock act thawn, and through them, he met producer James D Bell (Jim), who would become a valuable ally. Guided by Jim, Steve recorded more demos. Then, in 2001, feeling frustrated with band politics and dodgy managers, he decided to go solo and record new material.

To date, Steve’s career has been shaped by a series of chance encounters. And, he got his first big break when Ilenia Carli, Managing Director of Anyway Music Management, saw him perform one night at a London club. This charismatic young Kiwi made such an impression on Ilenia that she signed him up on the spot. Soon after, she agreed to form a partnership with Jim’s company, All out Music, to create Anyway Records. While Steve continued to work on new music, his song One by One somehow reached the ears of a BBC Radio 2 producer. What happened next surprised everyone. Without a video, marketing, a tour or regional radio support, One by One became Record of the Week and got play-listed for five weeks, which was  unprecedented for an unknown artist.

It’s no secret that the music industry can be brutal and unfair. And, having toiled for years (at the expense of other parts of life), Steve decided to step away from the craziness and return home to New Zealand. “At the time, I hoped that the success I’d achieved in the UK would open some doors in New Zealand. I soon realised, though, that I’d have to start over from scratch. At that point in my life, I just wasn’t prepared to do it,” says Steve. Steve decided to get on with other things in life, so he married his girlfriend, Heidi, and together they built several businesses and had three kids — all boys.

Giving it another crack

After a long hiatus, several things occurred that that motivated Steve to give music another go. Firstly, despite having traded showbusiness for ‘grownup’ responsibilities, Steve never stopped writing songs — some, he felt, were as good as or better than anything he’d ever written. Secondly, after an alcohol-fuelled incident at his father’s 70th birthday celebration, Steve decided to give up the booze. “I’d fallen into some bad habits, and drinking a lot had become normal for me. I was losing days being hungover, and it was definitely impacting on my marriage — the incident at my father’s birthday was the last straw.” Sobriety gave Steve more clarity, and once again, he began to think seriously about resurrecting his music career. Perhaps the final push came when Steve’s long-time drummer Simon McDowell returned to New Zealand from Japan amid the COVID pandemic.
“Simon had been working as a session drummer for some pretty big names, like Ed Sheeran and Taylor Swift. He asked me what I was doing, so I decided to get the band back together.”

A new album is ‘Born’

Steve’s new album, Born, consists of ten deftly crafted songs that reflect his life today. Many are deeply personal — Fall from Grace addresses the infamous birthday party incident, for example. “This time around, I wanted to keep things real and write songs for people like me who have lived a bit of life.” Like so many times during Steve’s career, serendipity again played a part in how Born came together. “I’d recorded a few demos and happened to be in town to meet my friend and hairdresser, Rick, for a coffee. I told him I was getting back into music and asked if he knew of a good bass player.

He said, ‘I know a guy who plays bass called Bob. Actually, he’s a genius producer. I think you two might get along.’” Consequently, two days later, Steve met with Bob Shepherd and played him some songs. Bob isn’t known for showing emotion, but he was visibly impressed with Steve’s songs and voice, so he agreed to produce the album.
“I think Bob’s a bit like me. He’s someone who maybe hasn’t reached his full potential as a producer as maybe I haven’t as a singer-songwriter.”

Steve’s new album is available in all online stores as well as on CD and vinyl. “I still have this bulletproof mentality that tells me that the stuff I’m doing is good enough to reach an audience if it’s given the opportunity to be heard. I think I’ve still got something to say — now is the time!” 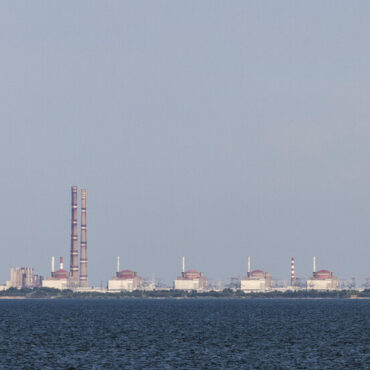 DRUZHKIVKA, Ukraine — Fighting raged on Saturday near a sprawling nuclear power plant in the south of Ukraine, despite warnings from nuclear safety watchdogs earlier this week that conditions there were posing risks and “out of control.”The Russian military has been using the Zaporizhzhia plant, Europe’s largest, as a base to assault the Ukrainian-controlled town of Nikopol across the river. On Saturday it fired a volley of Grad rockets that […]