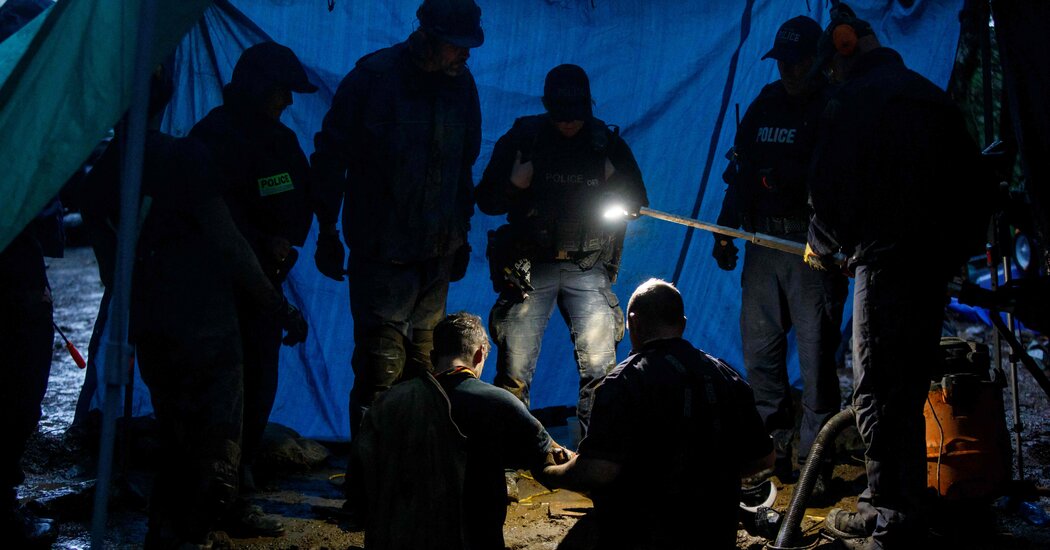 Police in Ottawa are poised for a crackdown on the protests that have immobilized Canada’s capital, but after three weeks of scant enforcement, images of police officers fraternizing with protesters have some Canadians questioning the gentle treatment of the demonstrations.

In particular, many people on social media are contrasting the police conduct at the trucker protests with the displays of force seen at other recent demonstrations, particularly by Indigenous people.

A video on social media, filmed by a protester from the passenger side of a vehicle on Feb. 12, showed an Ontario Provincial Police officer telling a man and woman through an open window that he supported their cause. The provincial police force has launched an internal conduct investigation into the officer, a spokesman confirmed to The Times.

At the border blockade in Coutts, Alberta, where police seized a cache of weapons and made 13 arrests on Monday, a video circulated online showing Royal Canadian Mounted Police officers hugging and shaking hands with protesters as they dispersed.

“That was astonishing to me. I can’t think of an equivalent situation where the police would have been as supportive of the protesters, particularly in the context,” said Lesley Wood, an associate professor at York University, in Toronto, who studies social movements in policing.

While she said that the latest pandemic protests were not equivalent in composition and tactics to Indigenous land defense or Black Lives Matter protests, differences in race, political orientation and trust in law enforcement could affect how the police perceive a crowd.

Groups like racial or ethnic minorities that have historical reasons to distrust the police are more likely to be seen by officers as uncooperative or threatening, and are much more likely to be met with a militarized, aggressive response, Professor Wood said. Groups, like the current protesters, that include large numbers of former police officers and military service members are more likely to receive friendly treatment.

Many Canadians have contrasted the treatment of the demonstrations to the heavy-handed response last year to protests to protect old growth forests in and around Fairy Creek on Vancouver Island, British Columbia. Royal Canadian Mounted Police officers were filmed tearing off protesters’ Covid masks before dousing them with pepper spray.

The differences are real, but the Canadian police have generally been slow to escalate in response to civil disobedience by any group, said Howard Ramos, a political sociologist at the University of Western Ontario.

The protests at Fairy Creek, for example, lasted about a year before police ratcheted up enforcement. And he noted that after the Wet’suwet’en First Nation blocked pipeline workers from entering disputed land, the police did not mobilize to make arrests for almost two years after obtaining an injunction, according to the R.C.M.P.

“But at the same time, there are clear instances where the level of sympathy that’s being shown to some of the protesters has been uncharacteristic, to say the least,” Professor Ramos said.

Neil Boyd, a criminology professor at Simon Fraser University in British Columbia, cautioned against viewing Canadian police as a monolith, but said some of the police behavior at the protests sends a negative message to the public.

“This may not be an insurrection,” he said, “but it’s certainly an assault on the rule of law and an assault on democratic tradition.” 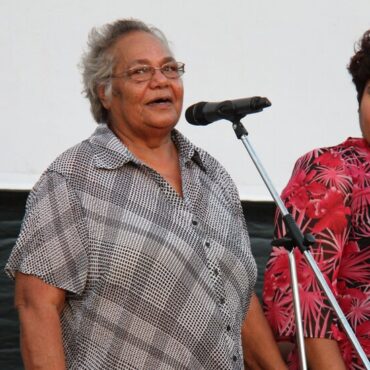 Rosalie Kunoth-Monks, who as a teenager was believed to be the first female Indigenous person to star in a feature film in Australia and later became an Aboriginal rights activist, died on Jan. 26 in Alice Springs, in Australia’s Northern Territory. She was 85 and had been living in Utopia, an Aboriginal homeland.Her daughter, Ngarla Kunoth-Monks, said the cause was a stroke. Her family gave permission to use her name […]