From Shutdown to Reopening: A Timeline of NYC Schools Through the Pandemic 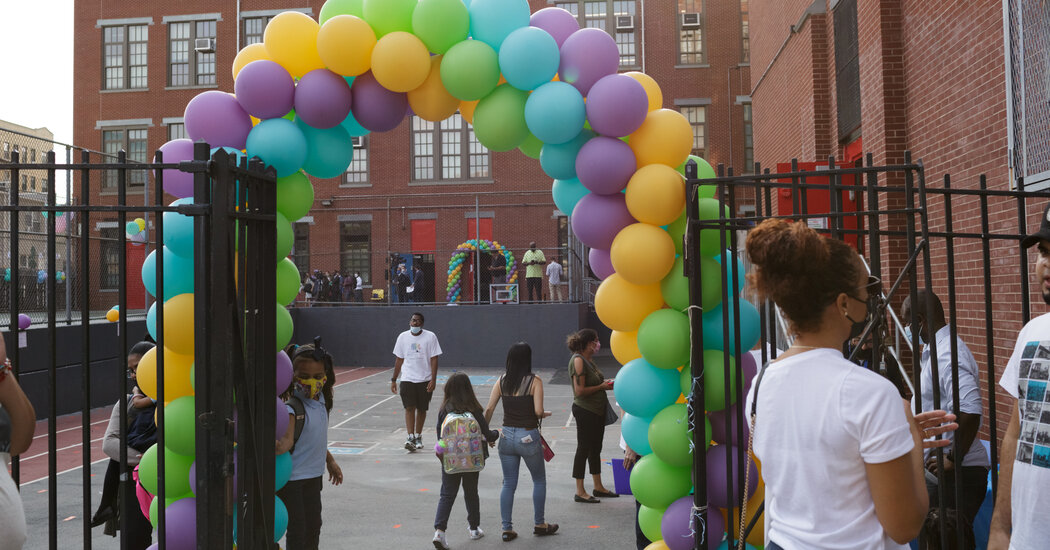 It’s been exactly 18 months since public schools in New York City  shut down because of the rapid initial spread of the coronavirus. Over that time, students, parents and employees in the New York City school system, the nation’s largest, have had to adjust to a series of abrupt changes that disrupted and reshaped the lives of about 1 million children and 1,800 schools in the district, eventually leading to a full reopening on Monday.

The city was not alone in facing twists and turns along the way as the pandemic swelled and ebbed, new variants emerged, vaccines were introduced and scientists and policymakers revised their guidance. New York was able to partially reopen last fall while other big-city peers remained all virtual for most of the year, and the city did not experience significant virus transmission in its schools.

Here are key dates and developments.

Under immense pressure, Mayor Bill de Blasio shuts down New York City’s public school system for in-person instruction. The move, taken after several other major school systems had already shut down, comes as attendance is plummeting and worried teachers are organizing sickouts to demand action. “This is not something in a million years I could have imagined having to do,” Mayor Bill de Blasio says.

Students and teachers return to classes virtually instead of face to face, as everyone tries to get used to virtual instruction. Officials say they hope to get everyone back to in-person instruction later in the spring if the virus outbreak subsides.

Former Gov. Andrew M. Cuomo announces that schools in New York State will remain closed through the end of the academic year — confirming what other city leaders, including Mr. de Blasio, had been predicting for several weeks.

Mr. de Blasio says the city’s public schools will not fully reopen for the 2020-21 school year. Instead, he introduces a partial reopening plan calling for school leaders to work out staggered schedules and other measures to help schools enforce social distance and minimize virus transmission.

Mr. de Blasio announces that New York City schools will offer both in-person and virtual instruction and allow families to opt for either mode.

Mr. de Blasio pushes back the start of in-person school for students amid logistical problems and political conflicts with the teachers’ union. The school year finally begins on Sept. 21, 10 days later than originally planned.

With the virus spreading rapidly again outside of schools and the city’s test positivity rate climbing above 3 percent, the threshold the mayor had set for closure, New York City closes its schools after just eight weeks of in-person instruction.

Mr. de Blasio abruptly announces that all public elementary schools would soon reopen in stages for students who had previously opted for in-person instruction, and that the city would abandon the 3 percent positivity threshold for closing schools. Middle and high schools remain closed for now.

A surge in virus transmission that took hold over the holidays drives the city’s test positivity rate above 9 percent, prompting demands from teachers’ unions that the city’s open elementary schools be closed again.

In-person classes resume at the city’s middle schools for at least part of the week for students whose families had previously chosen that option. Along with the elementary schools reopened earlier, about one-quarter of the city’s students are back in school buildings.

The city’s staged reopening reaches its high schools, with about half offering full-time in-person instruction for most students and the others offering a mixture of in-person and remote learning.

Mr. de Blasio announces that when the new school year begins in the fall, the city will no longer offer a remote learning option — a major step toward a full reopening in September.

Mayor Bill de Blasio says all employees of the city’s Department of Education will have to receive at least one dose of a coronavirus vaccine by Sept. 27. The requirement applies to every adult working inside public school buildings, including teachers and principals.

Mr. de Blasio released guidelines requiring random testing of 10 percent of unvaccinated people — including adult staff and students in first grade and above — every two weeks. When someone tests positive, close contacts who are unvaccinated will have to quarantine, but not necessarily whole classes. A negative test within five days will end the quarantine early. Parental consent is necessary for testing children. 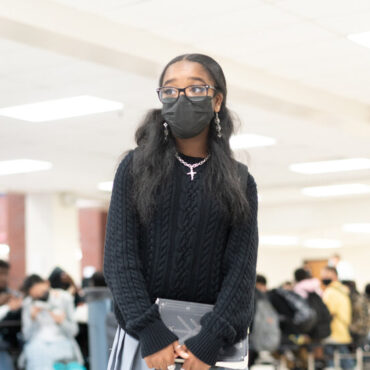 How In-Person Teaching Is Affecting U.S. Covid Outbreaks in Schools

New York City public schools are reopening at a time when some schools in other states are already several weeks into in-person teaching. Some districts seem to be doing well, but others are contending with mass outbreaks, hospitalizations and several reported deaths.The data is showing that school reopenings tend to do well in areas with high vaccination rates.San Francisco County in California boasts a 79 percent vaccination rate for those […]