Frustration Over a Stalled Bill 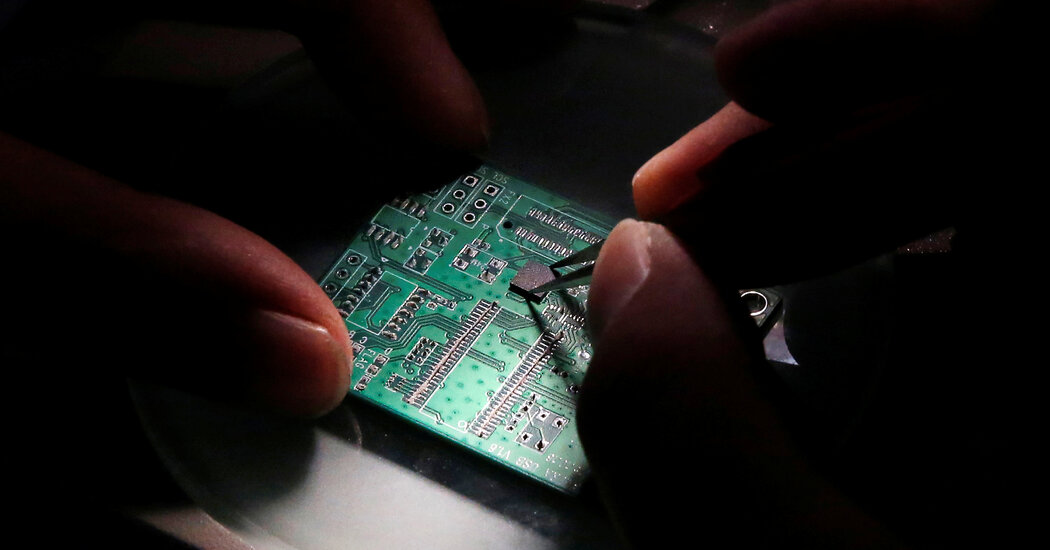 In its early years, the semiconductor industry did not have many customers. Few businesses in the 1950s could make use of the expensive new devices that allowed computers to function. But one organization could: the federal government.

The first shipment from Fairchild Semiconductor — the company that helped create Silicon Valley — was for the computers inside the Air Force’s B-70 bomber. The Minuteman missile soon needed semiconductors too, as did other Cold War weapons systems and NASA equipment. “It was government that created the large demand that facilitated mass production” of semiconductors, as the author Fred Kaplan wrote in Slate.

This story is common across the history of technological progress. Individual businesses often can’t afford to spend much on basic scientific research. Its outcomes are too uncertain for any one company to know which research will be profitable. In many cases, research that seems likely to benefit one industry ends up benefiting a different one.

Only the federal government tends to have the resources to make these investments. After it does, private companies then use its fruits to develop innovative and profitable products, spurring economic growth and tax revenues that comfortably cover the cost of the original research.

The Defense Department built the original internet — and Google, Microsoft, Amazon and others expanded it. The National Institutes of Health funded laboratory experiments — and pharmaceutical companies created treatments based on them, including for Covid-19. There are similar stories in energy, automobiles, aviation and other industries.

In recent decades, however, American investment in research and development has lagged:

The U.S. now spends a smaller share of national output on research and development than many other countries. China is notably ambitious in this area, essentially copying the American strategy for building a strong economy, even as the U.S. has abandoned that strategy.

In The Wall Street Journal this week, Graham Allison, a Harvard professor, and Eric Schmidt, the former C.E.O. of Google, wrote, “In each of the foundational technologies of the 21st century — artificial intelligence, semiconductors, 5G wireless, quantum information science, biotechnology and green energy — China could soon be the global leader.”

“We need to make more chips in America,” Raimondo said.

In June, the Senate passed a bill that would help make that happen. It would spend almost $250 billion over five years on research and development, including $52 billion for semiconductor makers. The main purpose is to keep the U.S. from falling behind China.

Overall, the bill would increase federal research and development spending by more than 30 percent. It passed along bipartisan lines, 68 to 32, and President Biden supports it.

But the House has not yet passed a version of it and appears unlikely to do so before recessing for the year. House Democrats have specific concerns about the Senate bill, as The Times’s Catie Edmondson has reported. Among them: whether it spends enough money on early-stage research — and too much money on de facto subsidies for private companies like Blue Origin, Jeff Bezos’ space company.

These are reasonable questions to raise. Still, many economists, governors and industry executives are disappointed that the House and the Senate have not figured out how to resolve relatively minor differences and expand federal support of scientific research. “Candidly, it should have passed the House a while back,” Representative Ro Khanna, a California Democrat, said this week. “It’s been too slow.”

My colleague Catie told me: “Semiconductor companies have been basically tearing their hair out over this delay. They felt it was a huge triumph when it passed the Senate earlier this year and have been fairly dismayed by how long it’s taking to actually get the money in their pockets.”

Congressional dysfunction in recent years has more often been caused by Republicans than by Democrats. When Republicans controlled Congress, they disagreed on major issues (like health care, immigration and Covid), and congressional Republicans have reflexively opposed many proposals from Democratic presidents.

But the delays in passing the research bill — and its potential defeat — stem more from Democratic infighting. Even though Democrats control the House, albeit narrowly, and the Senate overwhelmingly passed a bill months ago, it still has not made it to Biden’s desk. America’s global rivals are no doubt cheered by the dysfunction.

The onslaught of best-of lists in December can be overwhelming. Consider this a guide to the guides.

For the music nerds, Pitchfork unveiled its annual list of best songs. It pairs well with The Times’s wide-ranging picks for best albums of the year. Each of our pop music critics made lists, and two albums overlapped on all of them: Tyler, the Creator’s “Call Me if You Get Lost” and Olivia Rodrigo’s “Sour.”

In the Book Review’s 10 best fiction and nonfiction titles, there are ruminations on race in America and generation-spanning sagas. Craving some art? Of the year’s many ambitious exhibitions, two consistent themes were the African-American South and climate change. In New York’s Madison Square Park, Maya Lin’s “Ghost Forest” contrasted the park’s greenery with a grove of dead, environmentally damaged Atlantic white cedars. Teenagers are repurposing the wood to make boats.

The return of in-person experiences was another recurring theme: The fall theater season was “as exciting as a child’s first fireworks,” Jesse Green writes, and the ritual of watching movies on a big screen made even the most mediocre movies glorious, Manohla Dargis writes in her list of best films.

There was also great TV. Many of our critics’ picks covered subjects like class conflict and pandemics. A personal favorite: “Reservation Dogs,” a meandering, occasionally surreal comedy about four teens desperate to escape their Oklahoma reservation. It’s full of the kinds of details “that can only come from loving the thing you want to leave,” James Poniewozik writes.

Find all of The Times’s best of 2021 lists here. — Sanam Yar, a Morning writer

The pangram from yesterday’s Spelling Bee was laboratory. Here is today’s puzzle — or you can play online. 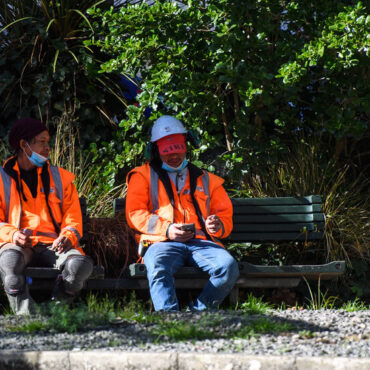 New Zealand unveiled a plan on Thursday to eventually ban all sales of cigarettes in the country, a decades-long effort unique in the world to prevent young people from taking up smoking.The proposed legislation, which is expected to become law next year, would leave current smokers free to continue buying cigarettes. But it would gradually raise the smoking age, year by year, until it covers the entire population.Starting in 2023, […]