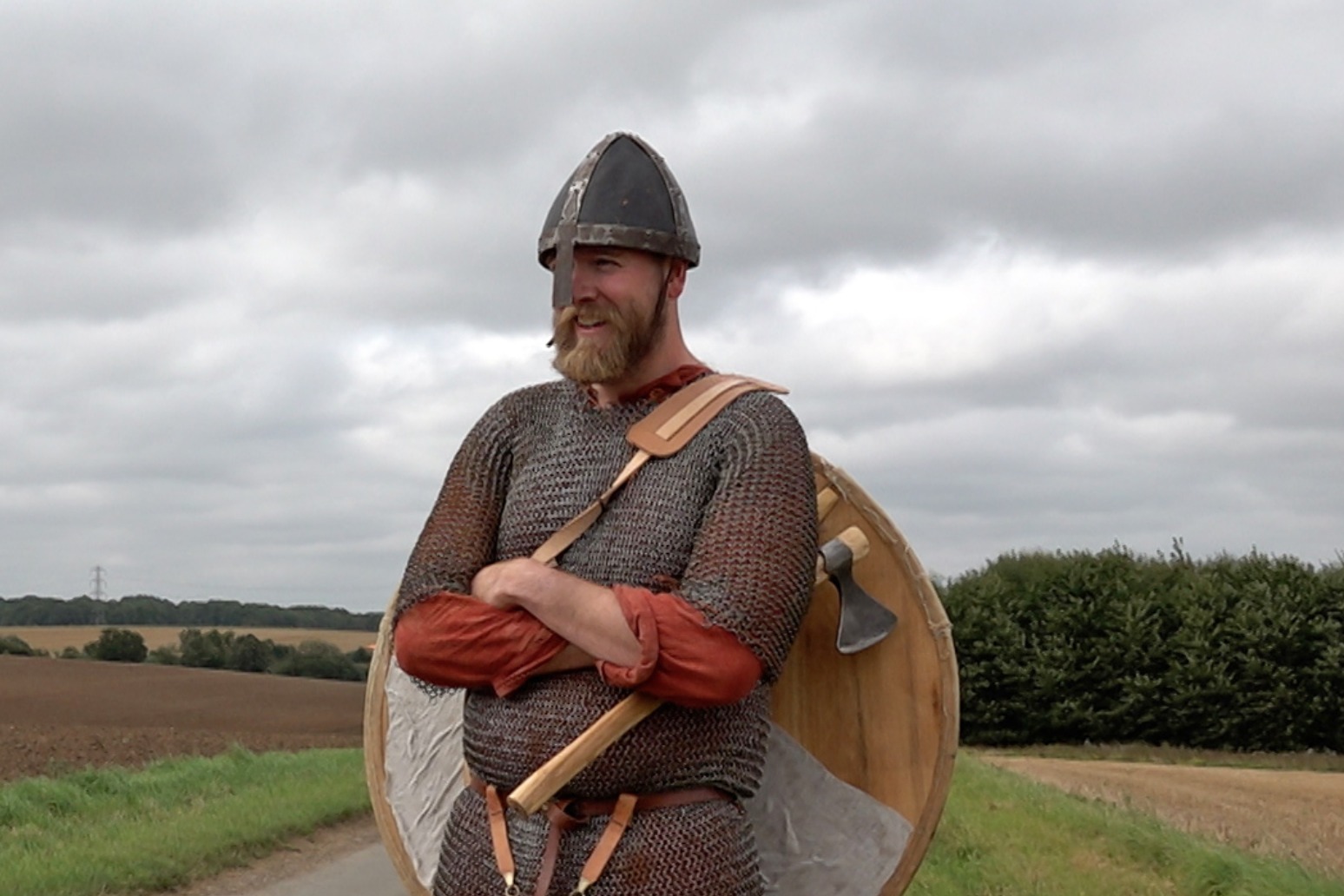 A solicitor and self-confessed history geek is donning full Viking fighting gear to run the route of an 11th century march to raise cash for a support group which helped his family.

Tom Bell, 34, says he has had to inform North Yorkshire Police about his challenge in case any passers-by on his 17-mile march from Riccall to Stamford Bridge are alarmed by his axe-wielding.

He said HSP – a genetic disease similar to motor neurone disease which leads to a relentless decline in motor function, including walking – is a “horrid disorder”.

Mr Bell said his father-in-law has the condition, which is inherited.

After that diagnosis, they realised his wife, Becca, would have a 50/50 chance of developing HSP, along with their son Bertie, now three, and their unborn baby, who is now their one-year-old daughter, Henrietta.

He said the HSP Support Group was a massive help to the family, from South Milford, North Yorkshire, during the 10-week “agonising” wait for Becca’s test results.

“When we got the good news, I promised to do something hard, involving my legs, to try and raise money to help them,” Mr Bell said.

“And I don’t want to stop there, I want to carry on.

“We’ll find another way of raising funds and staying involved.”

Mr Bell said he had always been interested in Viking history.

He said: “I’m a geek, I’ve always liked history. Viking history is fascinating and is not really taught much at school.

“It’s a really interesting period of history. And I just like Vikings. There, I’ve said it.”

On Saturday September 11, Mr Bell will be running with helmet, chain mail, axe and shield, weighing more than 17kg.

“The axe is blunt but we’ve told the police what we’re doing and got a crime reference number in case anyone gets alarmed about a bloke running round with an axe,” he said.

The route follows that taken by the Viking reserve army who raced to the scene of the Battle of Stamford Bridge in 1066 when King Harold’s Saxons surprised the main body of fighters.

Mr Bell said he was still learning about the period after joining The Volsung Vikings re-enactment group earlier this year.

More information about Mr Bell’s challenge can be found at www.justgiving.com/fundraising/tomvikingrun. 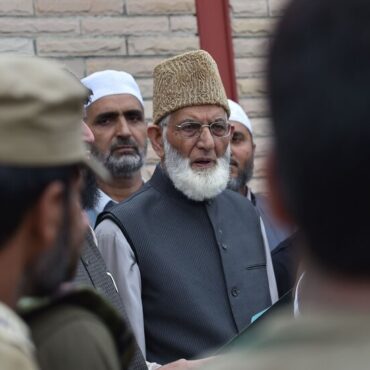 SRINAGAR, Kashmir — Syed Ali Geelani, an influential and uncompromising leader of the separatist movement of Kashmir who refused to engage with India over the future of the troubled Himalayan region, died on Wednesday while under house arrest in Srinagar, Kashmir’s biggest city. He was 91.His death was confirmed by his son, Naseem Geelani. He did not specify a cause but said his father had been suffering from heart and […]