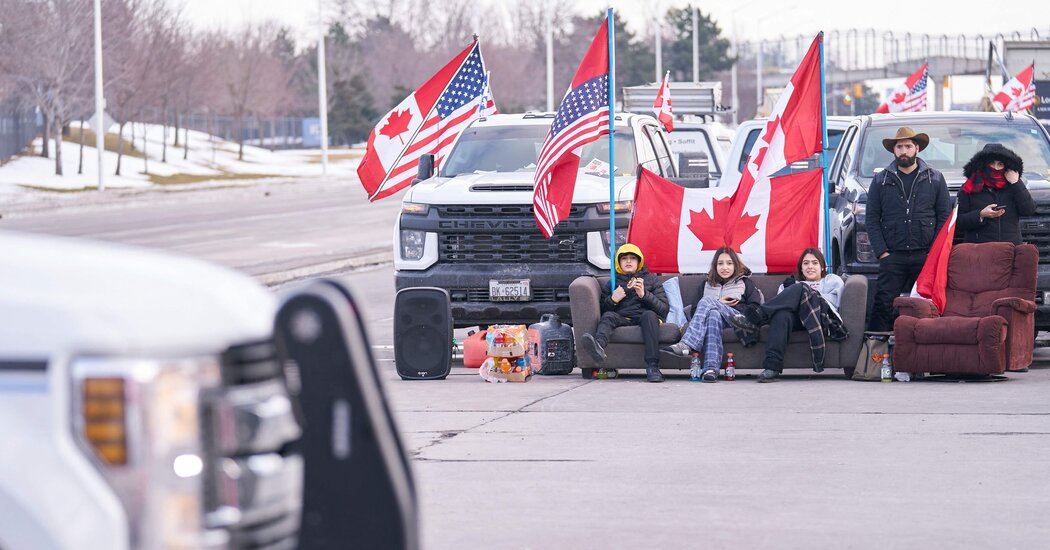 General Motors is the latest automaker to interrupt production because of protests at a crucial Canadian border crossing that have disrupted supply chains already in turmoil because of the pandemic.

G.M. said it had canceled two shifts on Wednesday and Thursday at a factory in Lansing, Mich., that makes sport utility vehicles. The plant depends on components that normally travel across a bridge between Windsor, Ontario, and Detroit, which was closed by truck drivers and far-right groups angry about vaccine mandates and demanding the resignation of Prime Minister Justin Trudeau.

Ford Motor and Toyota have also shut down some operations because factories could not get parts manufactured in Canada.

The shutdown at the border will prevent manufacturing at Toyota’s three Canadian plants for the rest of this week, Scott Vazin, a spokesman for Toyota Motor North America, said Thursday.

But he said the overall impact on the company’s business would be limited.

“A couple of days shouldn’t be that significant,” he said. “We’re certainly hoping the blockade ends.”

He added, “We’ve had production challenges all along — this is just an additional one.”

Said Deep, a spokesman at Ford, said Thursday morning that the company was currently running its plants in Oakville and Windsor, both in Ontario, at reduced capacity.

“This interruption on the Detroit-Windsor bridge hurts customers, autoworkers, suppliers, communities and companies on both sides of the border that are already two years into parts shortages resulting from the global semiconductor issue, Covid and more,” Mr. Deep said. “We hope this situation is resolved quickly because it could have widespread impact on all automakers in the U.S. and Canada.”

Carmakers worldwide have struggled with shortages of semiconductors and other parts that severely curtailed production and sales. They had hoped that the flow of components and materials would start to return to normal this year. 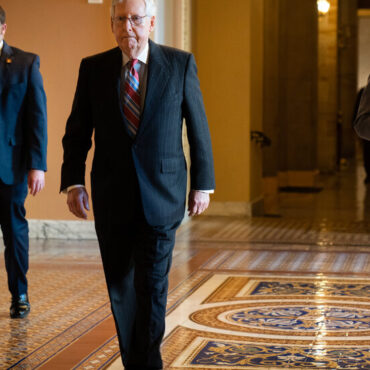 Mitch McConnell has a long history of playing hardball — even changing the rules of American politics — to benefit the Republican Party.He has opposed limits on campaign finance, knowing that corporations and the wealthy donate to Republicans. As the Republican Senate leader, he has helped turn the filibuster into a normal tactic. He has boasted about his desire to damage the presidencies of both Barack Obama and Joe Biden. […]